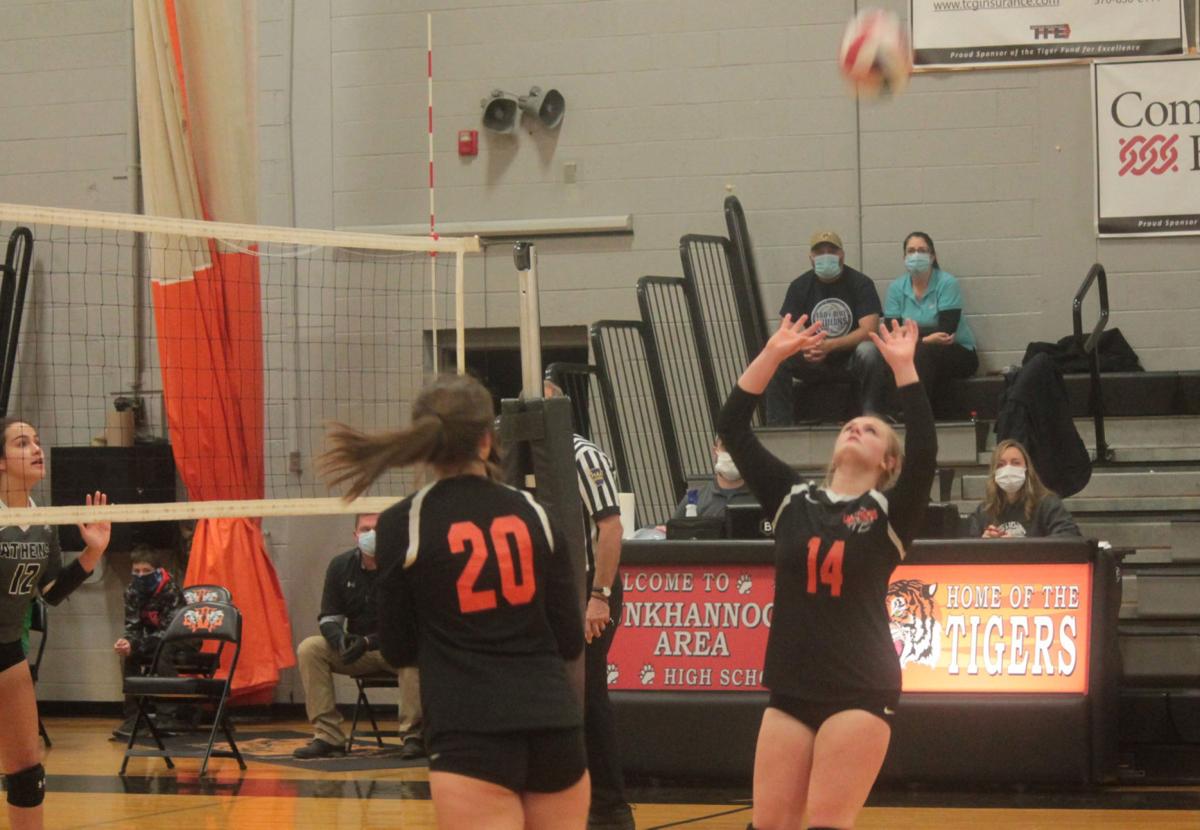 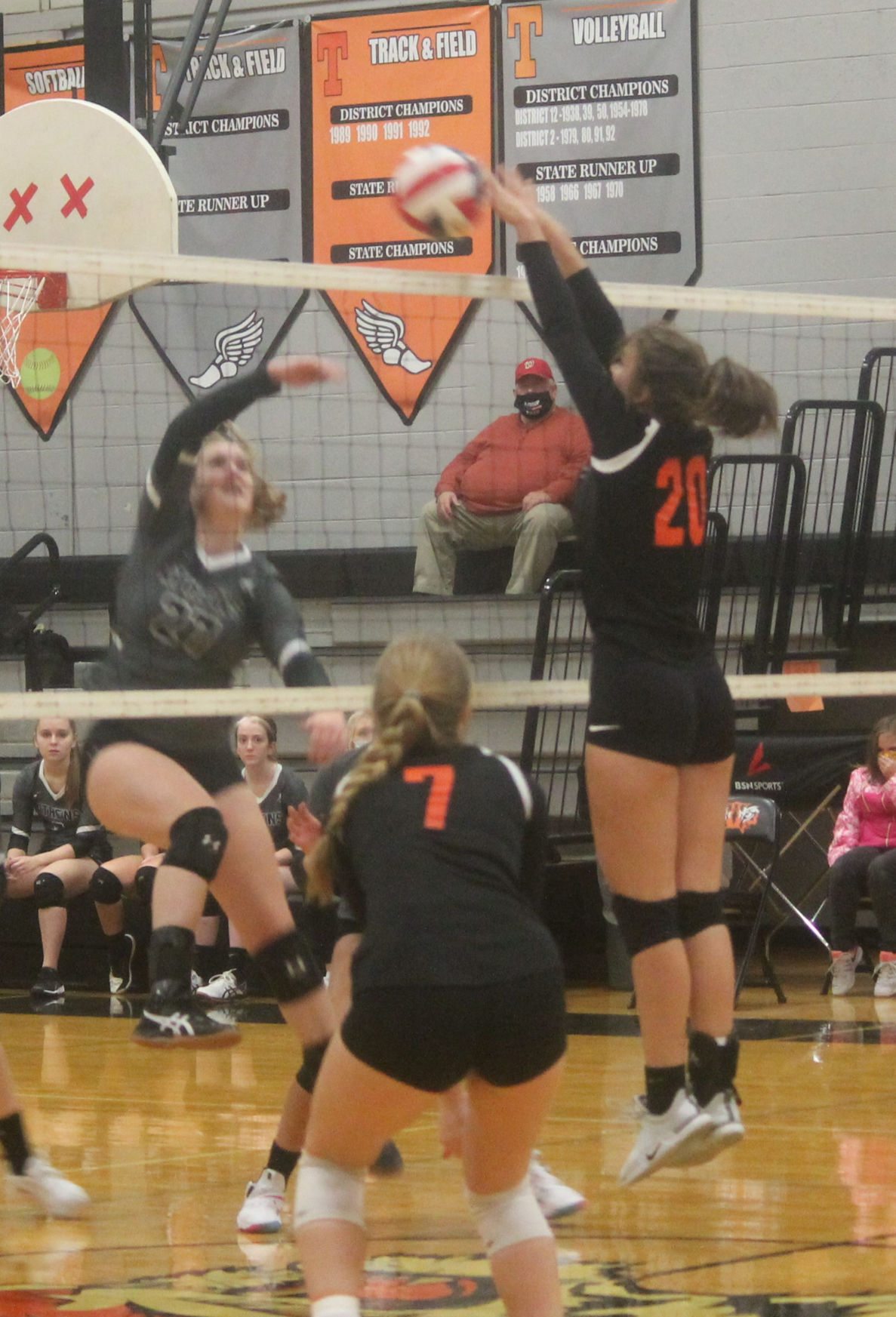 Dana Macko (20) sends the ball back to the Wildcats Monday night. 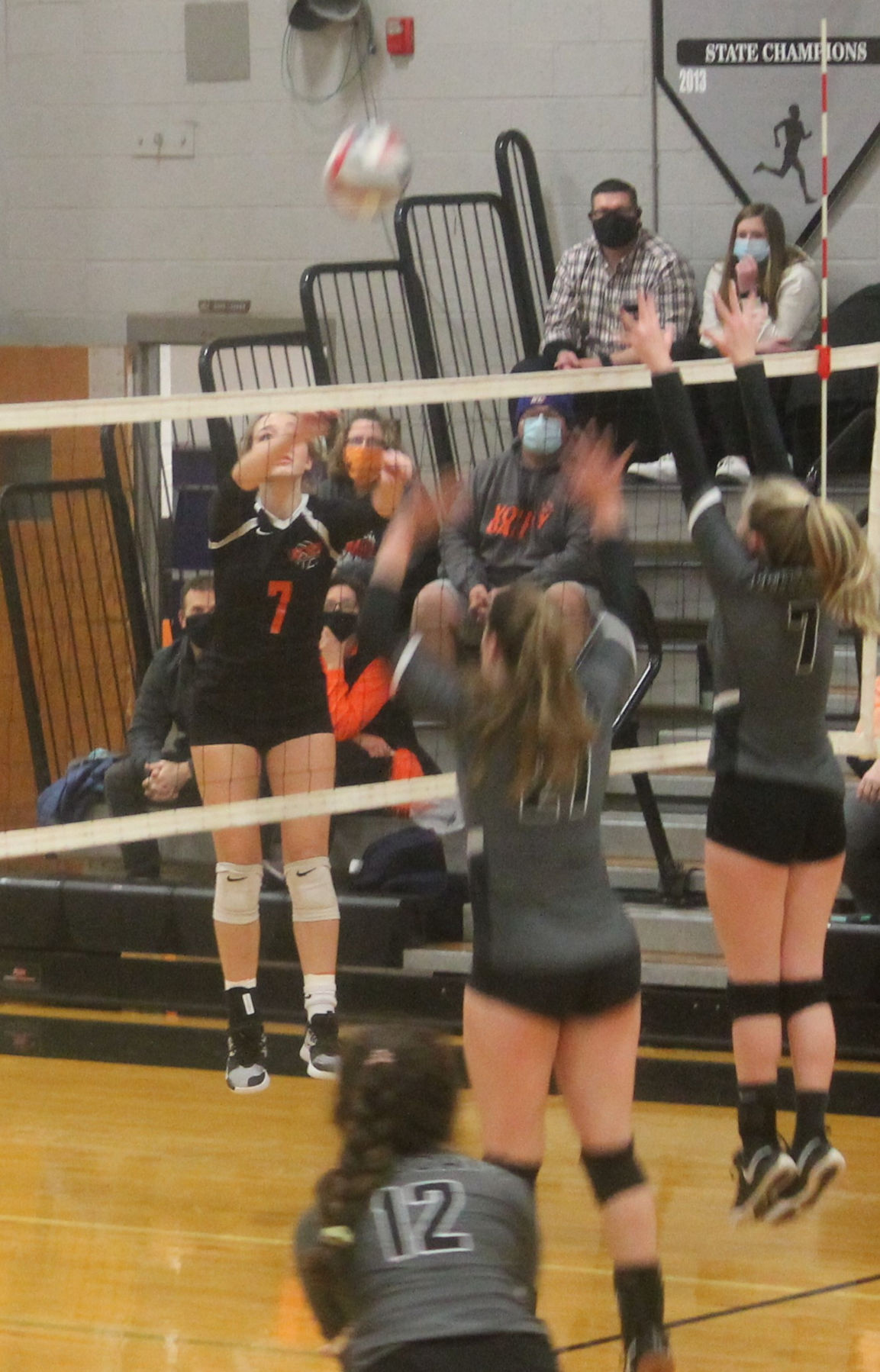 On Monday against Athens, Lily Miller continued a volley. 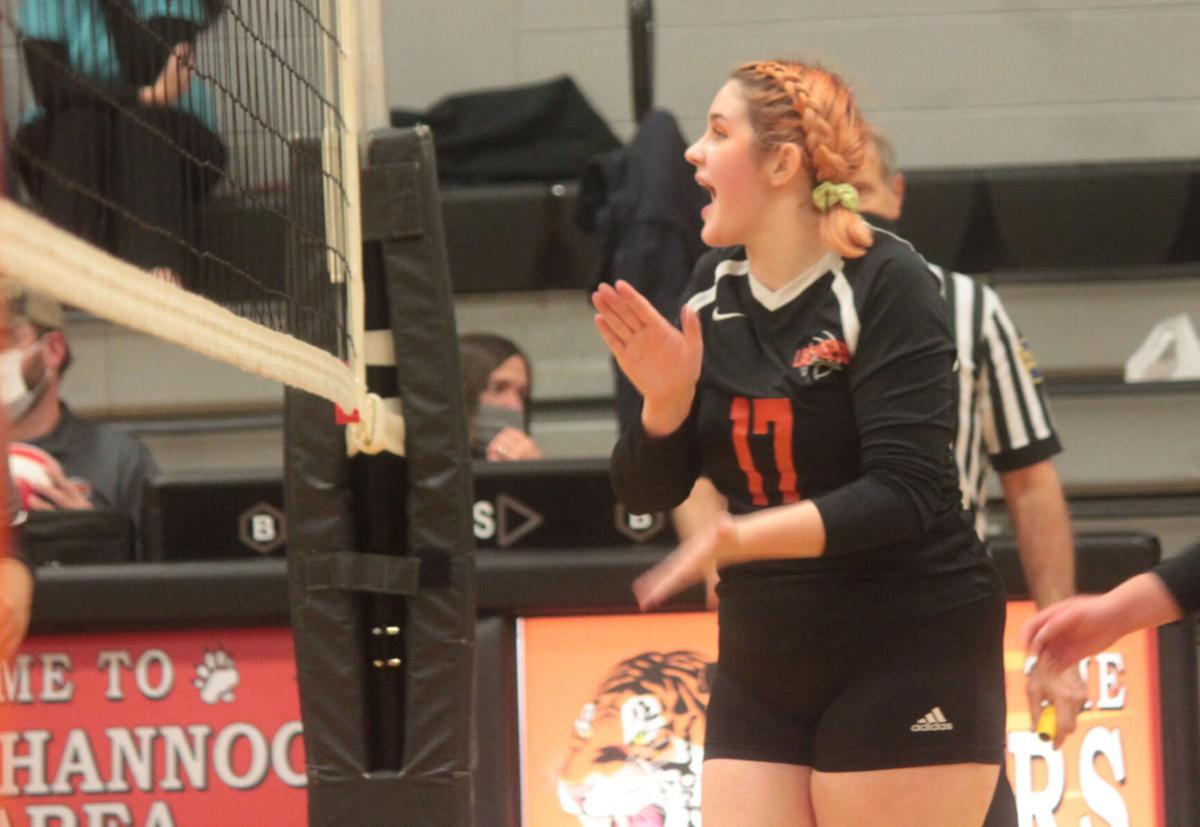 Dana Macko (20) sends the ball back to the Wildcats Monday night.

On Monday against Athens, Lily Miller continued a volley.

They fought, continually digging balls from a versatile Athens attack.

In the end, there were too many mistakes for Tunkhannock to overcome.

“Our girls had a great season,” Tunkhannock head coach Lynne Binner said. “We fought through a lot of adversity. We lost Dana for part of the season, and we really moved a lot of girls around to different spots this season. They did a great job of adapting and working hard every single day. I’m proud of them.”

Tunkhannock (8-7) was looking to continue its own magic run in the postseason. The No. 6 seed Tigers upset Lackawanna League champ North Pocono in the quarterfinals, and were hoping to keep that momentum rolling.

Tunkhannock had 24 attack errors in three sets and 12 service mistakes, errors that came at inopportune times.

“Our serving was a little off, and we served too many out,” Binner said. “We were actually working on serving it short, so I was a little surprised that we did serve so many out. I wish we could be moving on, but I’m proud of the girls for making it this far.”

Tunkhannock didn’t go away with a fight.

Kills by Gabrielle Roote, Ava Tyler and Macko gave the Tigers a 5-3 lead early in the second set, and Tyler’s second spike boosted the lead to 13-10.

Athens sprinted out to an 18-12 lead in the third set, only to see Tunkhannock cut it back to three with a middle spike by Macko and back-to-back kills from Lily Miller. The Wildcats responded by scoring seven of the final 10 points to seal the victory and berth in the final.

Macko added 15 digs and four blocks in the loss, while Roote had a team-high six kills. Emma Elias added 20 digs, and Miller and Tyler combined for nine kills.

Macko returned from breaking her foot last month and had six points, 24 digs and eight kills for the Tigers.

“Dana was cleared to play on Wednesday (Oct. 21) after breaking her foot and spraining her ankle,” said Binner. “She practiced for four days, and did not even jump until Monday. She played great in our district quarterfinals match and hit the game winning spike.”

Elias had 11 points and 32 digs and Roote had six points and 18 digs for the winners.

“All of the girls played so well together and did a great job adapting to line up and position changes all season. I am so proud of all of them,” said Binner after the game.