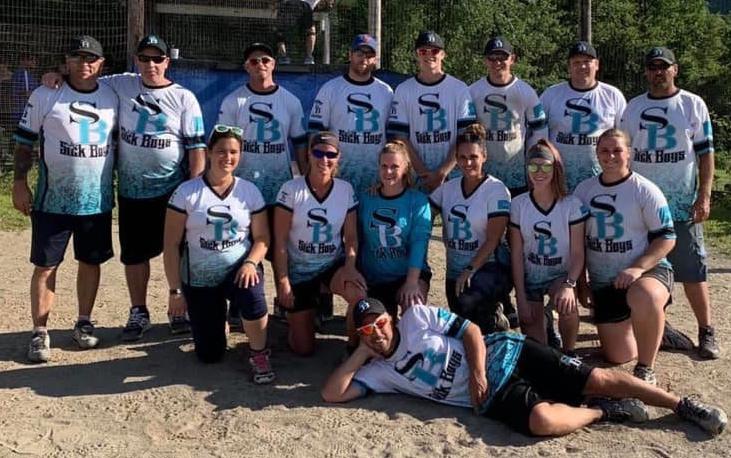 Winners of last year’s coed championship, Sick Boys, are anxious to get back on the field to defend their title.

Women’s league will start up on Wednesday, June 17. 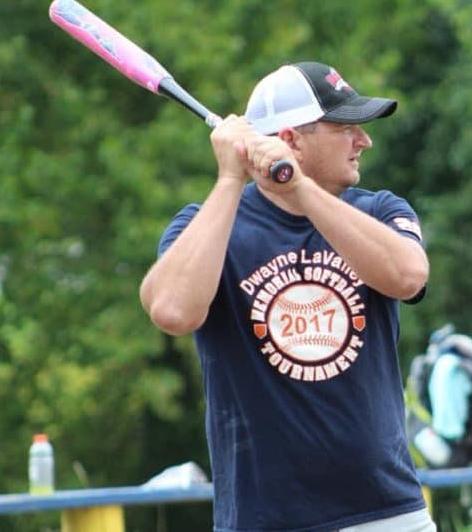 Winners of last year’s coed championship, Sick Boys, are anxious to get back on the field to defend their title.

Women’s league will start up on Wednesday, June 17.

With Wyoming County scheduled to go green on June 12, the local adult softball leagues have been in preparation to restart the seasons and play ball.

The three leagues in our county- coed, men, and women- all plan to restart this week, beginning with Friday night coed games. Traditionally, the men’s league plays on Tuesdays, and the women play on Wednesday.

“We have been anxious and as patient as possible with the pandemic shutdown. We are in the green phase as of June 12,” said Mercedes Kromko, Commissioner of the coed league. “Knowing that information, I instantly started communicating with the teams and the owners of the fields we use to get input.”

She continued, “I also reached out to Wyoming County Commissioner, Rick Wilbur. I wanted to make sure that when we go green we are allowed to take the field.”

Commissioner Wilbur, according to Kromko, relayed that he asked our state representative and state senator for clarification on playing under yellow and they checked with the governor.

Wilbur explained that under yellow (phase), it is specifically not allowed.

Kromko said, “(Wilbur) told me when we go green it looks like it will be okay to play because groups up to 250 will be allowed- which is way more than you’ll ever have at a softball game. That was all I needed to hear to excite the teams and myself. Now, we will be green and then it’s ball time.”

“Typically, we don’t have too many spectators for league games. Maybe a couple spouses or parents coming to watch or help with the kids. I would say maybe an average of 10 additional people are usually at the games,” said Kromko. “Also we are all 18-60 years old and have stayed educated on COVID-19. I trust their decisions. We are all adults and well informed on what measures we need to take to protect ourselves and others.”

Danny Inman, who makes the schedules for the men’s league, said, “The (men’s) league started up because coed and women’s decided to start. I have received several text messages wondering when we are going to start. People want to get out and play some ball.”

“Scheduling is difficult in general right now. If we start June 12, we are automatically behind five weeks, originally every team was scheduled for four double headers. With losing a team this year, that is going to change it a little bit,” said Kromko.

She explained that the league did lose a team, unfortunately, but everyone in the league respected their reasoning.

Inman added doubleheaders into the schedule so that the league will finish on time and keep the playoffs on the original weekend of Aug. 22 and 23.

The idea of playing into the fall season was also discussed. League officials were unsure of how this season would work- or if they were even going to be allowed to have a season.

“The answer is no. We won’t be extending into the fall,” said Kromko. “We have a whole other league for that so we didn’t want to cut into that time. Instead — we are looking into the idea of an Opening Weekend, which would be making up the five weeks of games we missed and then maybe adding a couple so we can finish on time in mid-August. We haven’t confirmed that yet though.”

In all three leagues, families play on the same teams. Close to every team in the coed league plays with spouses, siblings, parents, and yes even their children.

“Which also is why we don’t have a large group of spectators,” explained Kromko.

Since the coed league won’t be playing until the county goes green, there are no fears of repercussions from the governing bodies.

She also said, “Once we enter into the green phase that allows us to play ball again. However, fields are still being scheduled. I have been staying in contact with all field owners to make sure that they are willing to allow us to play once we go green.”

“We all miss playing softball. Our softball community is one big family and as much as this has affected our season- we weren’t about to break any rules or even put anyone at risk. We also didn’t want to jeopardize our league and risk not being able to play ever again.”

“I know I speak for a lot of our softball community when I say we need to go green. We are just excited and anxious,” Kromko pleaded. “We love being on an open field, in the fresh air, and just having a good time. We look forward to playing and hate when it ends.”