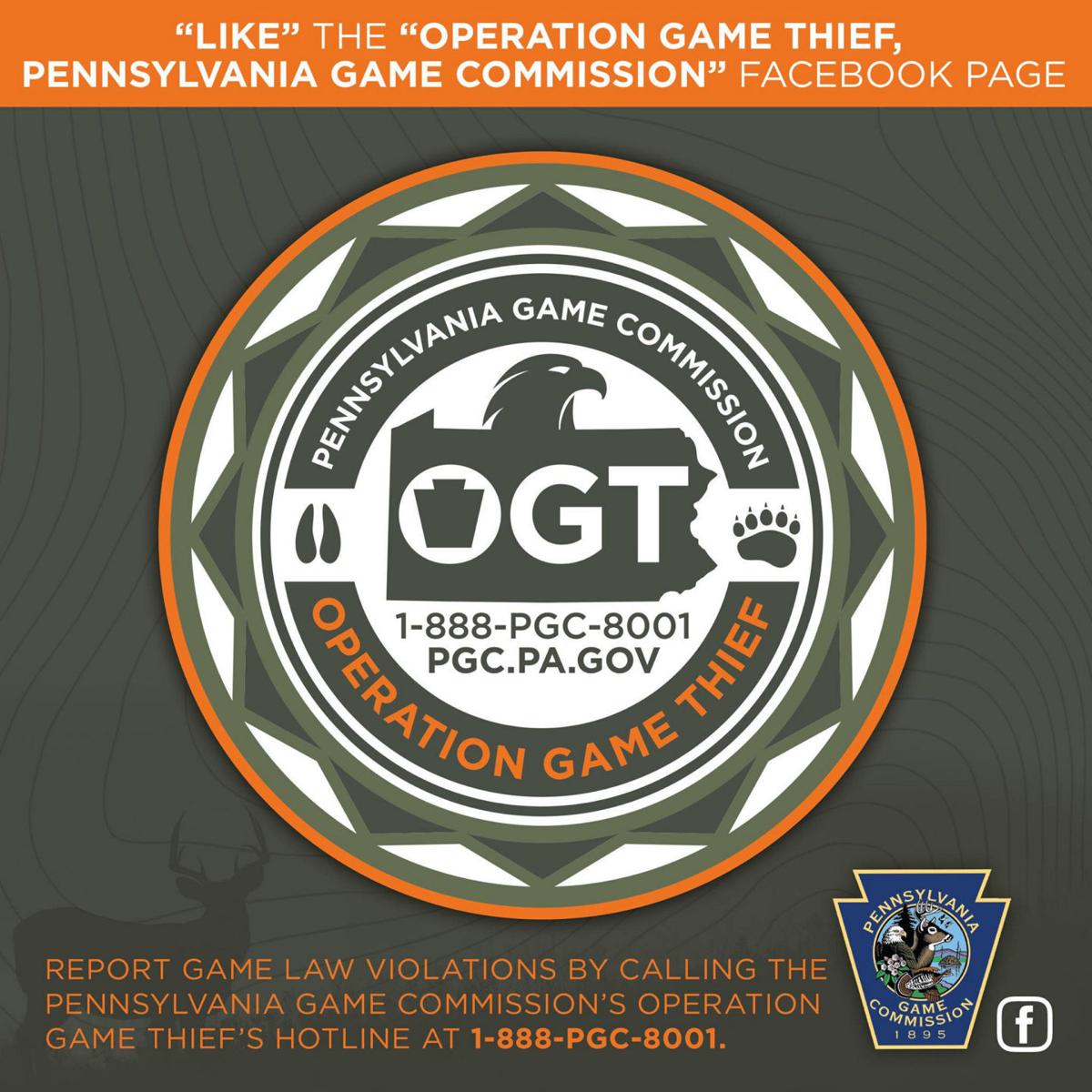 In an effort to curtail illegal game harvesting, the Pennsylvania Game Commission has recently created a task force focusing on game theft. 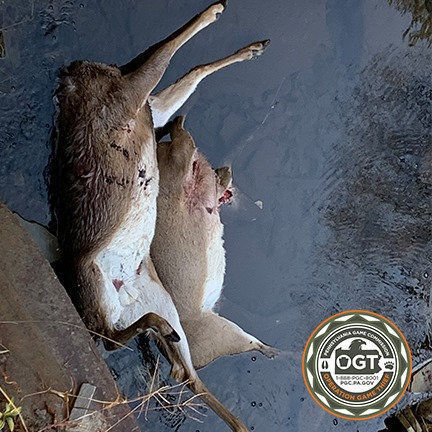 This photo of illegal harvested deer in Auburn Twp. was posted to the GC website in an effort to engage the public’s help in apprehending the individuals involved in the crime. 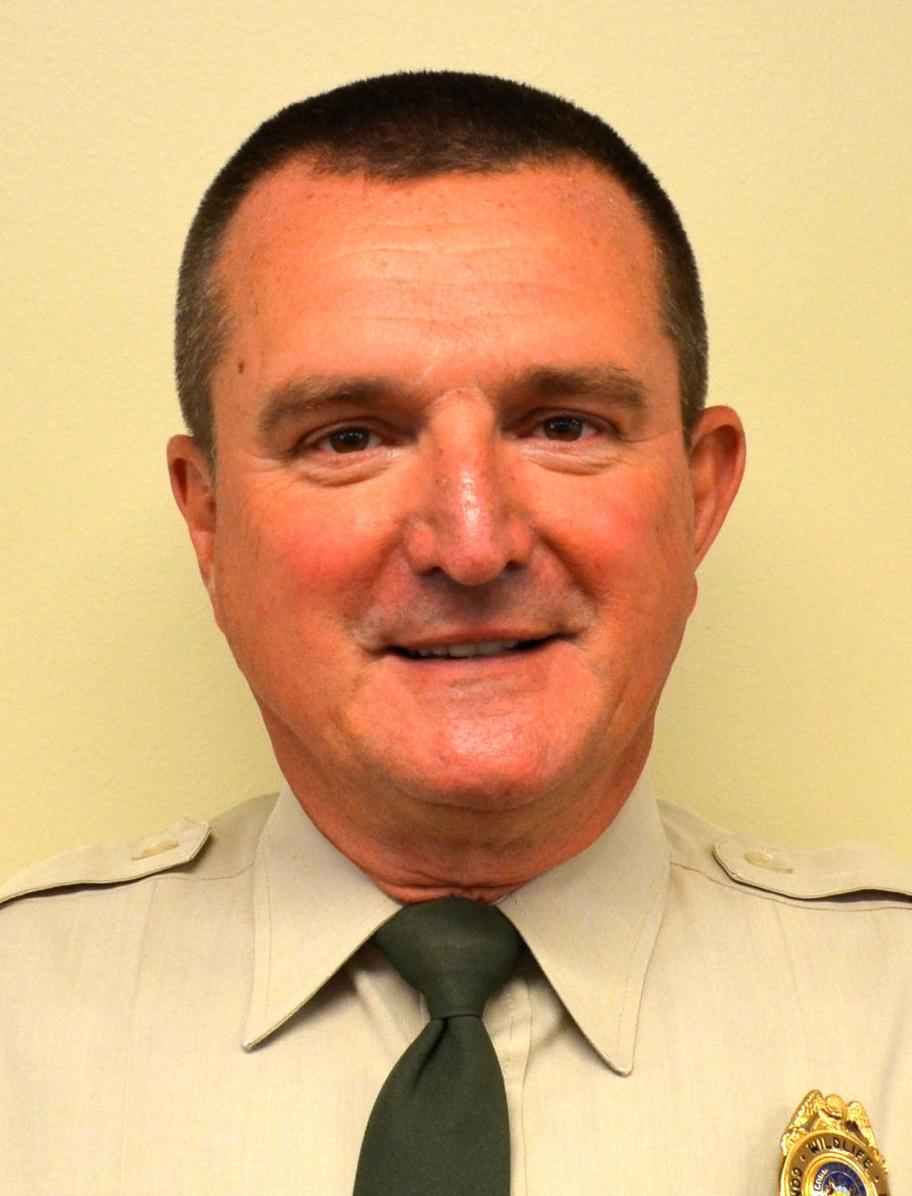 In an effort to curtail illegal game harvesting, the Pennsylvania Game Commission has recently created a task force focusing on game theft.

This photo of illegal harvested deer in Auburn Twp. was posted to the GC website in an effort to engage the public’s help in apprehending the individuals involved in the crime.

In an effort to curtail illegal game harvesting, the Pennsylvania Game Commission has recently created a forum that exclusively focuses on game theft.

The Facebook page, Operation Game Thief, Pennsylvania Game Commission, has been operational since early October and has served as a useful tool for apprehending those involved in violations of the Game Commission standards.

Bill Williams, Game Commission Information and Education Supervisor for the Northeastern Regional Office in Dallas, said, “We typically see an increase in illegal hunting prior to big game seasons, especially in buck without their velvet. There tends to be more activity before buck season.”

The page highlights crimes from across the commonwealth, but locally, the social media site has featured cases from northeastern region sites in Auburn Twp., just over the Wyoming County border into Susquehanna County and State Game Lands 129.

In Auburn, the Game Commission is seeking information related to the illegal taking of two white-tailed deer that were found in a stream near Overfield Road, located in Auburn township, on Monday, Nov. 9.

The state game warden’s investigation suggested both the buck and doe were shot with a large caliber rifle. No meat was taken from either deer, however, the buck was decapitated.

“Sometimes people poach at night, they feel safer under darkness, and mostly away from their own homes,” said Williams. “Sadly, we see a lot of this on remote roads, secluded fields and woodlands where shots cannot be heard.”

He was confused, however, as to why these animals were dumped in a stream.

The case under investigation in Monroe County, which is a neighboring southeast county of Lackawanna and Luzerne counties, involved the illegal taking of a 4-point protected antlered white-tailed deer that was found near Game Lane close to State Game Lands 129 on the morning of Monday, Nov. 2.

The state game warden’s investigation suggested the animal was killed in a heavily baited area and unlawfully taken by two individuals believed to be caught on camera.

A protected antlered deer is one that doesn’t meet the requirement of having at least three points on one side of its head, typically a “Y” and a brow tine, each measuring at least one inch in length.

Williams offered that usually, a deer that does not meet those parameters is a younger deer, as antler growth is determined by age, nutrition and genetics.

“We don’t refer to antlerless season as doe season, as hunters can take an antlerless buck that falls in the criteria,” he explained.

Wildlife crimes affect everyone. The Pennsylvania Game Commission’s Operation Game Thief program serves to protect wild birds and wild mammals by encouraging those who have information related to a wildlife crime to report details as soon as possible.

“We encourage everyone to contact the Game Commission Operation Game Thief immediately, because as with any crime, time makes them more difficult to solve,” said Williams.

He suggests providing as many details as possible, such as what the reporting individual saw or observed, license plate information, or any other details relevant to the crime.

“Please do not put yourself in harm’s way, find a way to safely acquire the information,” Williams stressed.

“The more sets of eyes we have in the woods, the more it helps us all out,” he explained.

In addition to the Facebook page, Operation Game Thief, Pennsylvania Game Commission, the initiative can be reached by phone, toll free 24/7 at 1-888-PGC-8001 or locally by calling the NE regional office in Dallas at 570-675-1143.

Forms can also be filed online at www.bit.ly/PGCOGT.

Calls to the Operation Game Thief hotline are always answered by a secure recording device. Although it is beneficial to provide contact information in case game wardens have follow-up questions, callers may remain confidential.