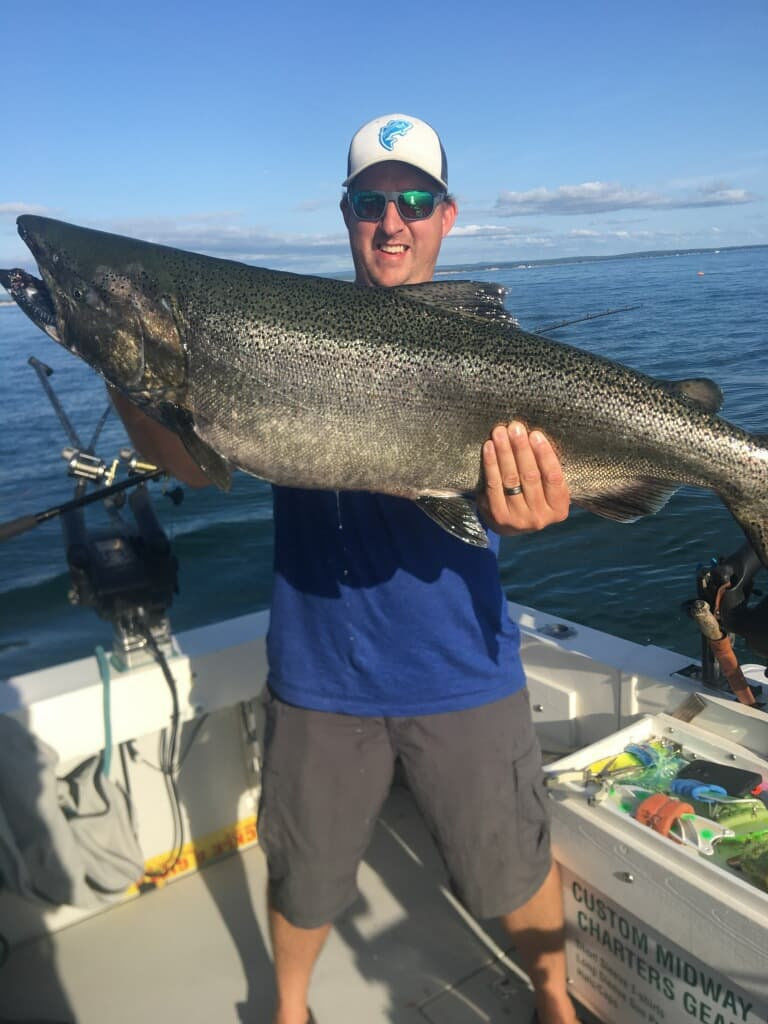 Levi Bonnice caught this King Salmon in Lake Ontario, adding to his quest to catch 40 different species of fish by his 40th birthday. 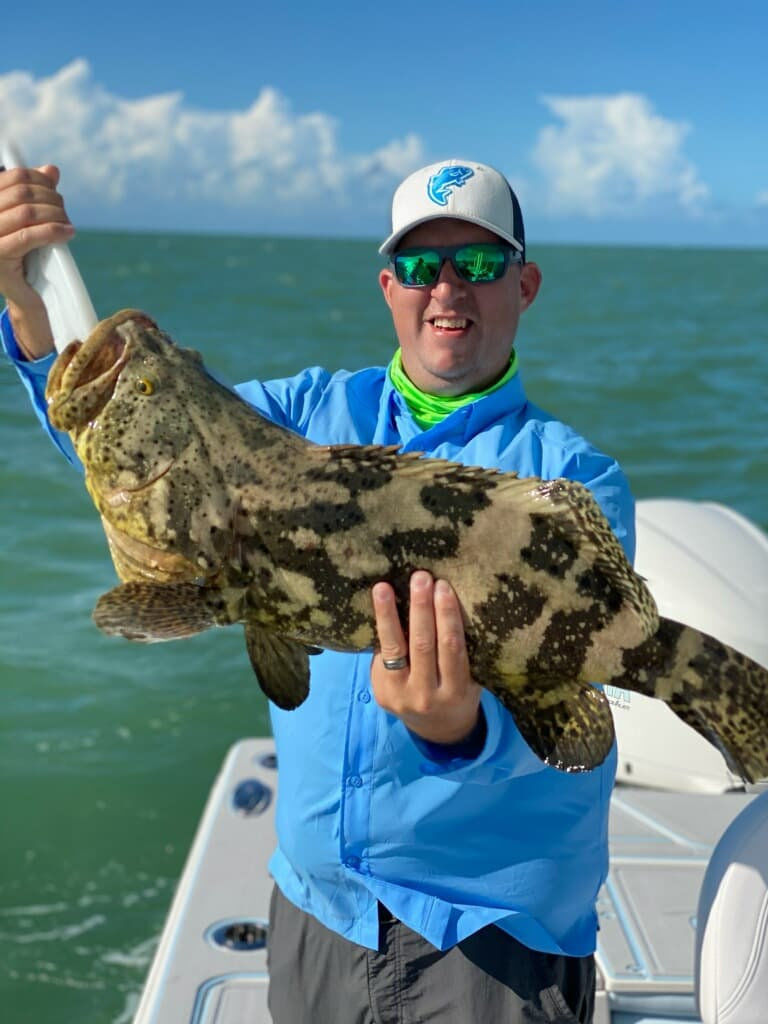 This Goliath Grouper was caught in the Gulf of Mexico off of Marco Island, Fla., by Levi Bonnice. His pandemic inspired adventure has taken him from the Great Lakes to the Florida Keys.

Levi Bonnice caught this King Salmon in Lake Ontario, adding to his quest to catch 40 different species of fish by his 40th birthday.

This Goliath Grouper was caught in the Gulf of Mexico off of Marco Island, Fla., by Levi Bonnice. His pandemic inspired adventure has taken him from the Great Lakes to the Florida Keys.

When people turn 40, they think of many “F” words to associate with the milestone.

For Levi Bonnice, of Falls, turning 40 during a pandemic had him thinking he needed to do something fanciful to fortify the occasion.

“When we were put into this quarantine, I found myself doing a lot more fishing than I ever had before,” he said. “With my kids not having any scheduled after school activities, it was easier for me to spend more time doing this.”

Bonnice, a Falls Township supervisor and vice president of A. Pickett Construction in Kingston, began to notice he was catching many different species of fish.

“I thought to myself, ‘Huh, this might be something. What if I were to catch 40 different species before the end of the year?’ And then it went from being a joke to something serious,” he said.

As a lifelong resident of Wyoming County, Bonnice grew up fishing the Susquehanna River, though he refused to fill fans into his favorite fishing hole- claiming it was top secret. He did relay that his favorite local species to catch would be smallmouth bass.

But on this adventure, Bonnice has expanded his geographical locations, from as far north as the Great Lakes to the southern point of the Florida Keys. He has also fished the Gulf of Mexico.

At press time, Bonnice was five species away from his goal, and is eyeing his actual birth date of Oct. 10 as a completion date instead of the end of the calendar year.

“To finish out, I am focusing on a few species specifically: walleye, Northern pike, musgee, false albacore, tuna, and weakfish. I know that is more than five, but I am hopeful,” said Bonnice.

To accomplish his 40-fish feat, the Bonnice family, which includes wife Missy and daughters Gracie and Annie, have trips planned to upstate New York and Pennsylvania.

His most recent catch was a salmon in Lake Ontario last week, and he counts panfish and smallmouth bass as his most frequent catch. Bonnice also said he caught a goliath grouper.

“My favorite type of fishing is fly fishing,” he explained. “I went for the first time in Barnegat Inlet in New Jersey. It was super fun, and you can fly fish for any type of fish.”

Bonnice is thrilled to have the support of his family on this foray, including his father who he does a lot of fishing with lately.

“My wife and kids probably talk about it as much as I do,” he laughed. “My kids noticed that I have a 40 horsepower motor on our boat, and pointed out that there was another 40 connection. Also, my birthday is 10-10-20 so there is another 40. They are alongside me, fishing themselves, and hooking their own catches.”

Bonnice is also excited about the memories he is making with his family. While in Florida, they

Further north, Bonnice and his daughters were able to witness some dolphins in the wake alongside their charter boat in the Atlantic Ocean.

“If the girls weren’t so frozen by seeing the dolphins, they could have reached out and touched them,” he recalled.

Bonnice said the most obscure addition to his fish file would have to be the 16 foot sawfish he caught in Islamorada, Florida.

“It is actually an endangered fish and if you catch one, you are not allowed to even bring it in the boat,” he explained. “It was like catching a prehistoric fish. I fought it for over an hour and got it to the side of the boat before it released.”

He added that he never realized how Florida had so many endless opportunities.

Bonnice keeps the majority of the fish he catches for food. He does not have plans on mounting any of his finds, yet.

After he completes his feat, Bonnice plans to continue fishing.

“Fishing is fun. I want to go back and try different tactics and see what other species are out there,” he said. “I have found some new fish through this, I want to choose them and focus on fishing for them and finding out more about each one.”

“The coolest thing about this is meeting all the new and different people along the way,” he continued. “Once people find out what I am doing, like the guides and others on the charter boats, they really get into it. They come up and check in on me, see what I have. It really has been a fun time fishing.”

The Bonnice family is planning at least one more trip to the Atlantic Ocean, and another saltwater excursion to finish his fortieth fiesta.