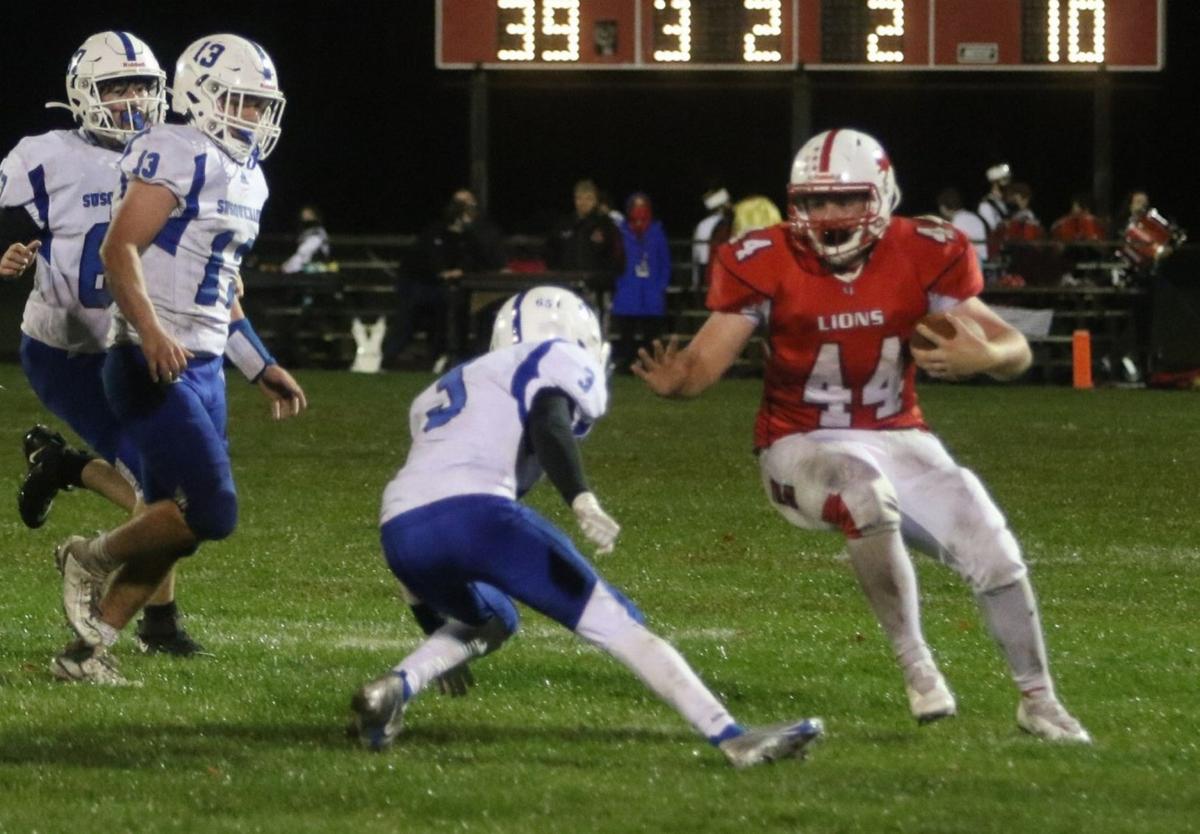 Trail senior Ray Melnikoff (44) is a finalist for the Fiore Cesare Award and Scholarship. 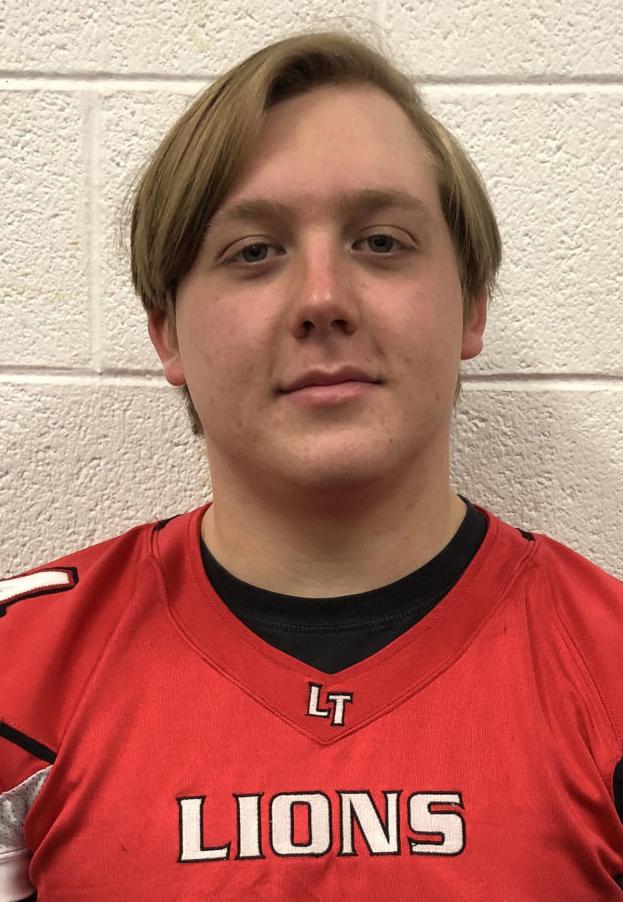 Six players who left a lasting impression on the Lackawanna Football Conference and District 2 are finalists for the annual Fiore Cesare Award and Scholarship.

The award and scholarship was established in 1992. It is given in the name of Fiore Cesare, who was the first commissioner of officials for the Scranton chapter, and is presented by the Roy Davis Scranton Chapter of Officials and People’s Security Bank.

Because of the coronavirus pandemic and COVID-19 mitigation mandates, the date and time, and how the award will be announced has yet to be determined.

All six finalists had four-year varsity careers at their respective high schools and were named to The Times-Tribune All-Region team this fall.

Melnikoff led Lackawanna Trail to two District 2 Class 1A championships as a sophomore and junior. In 2018, the Lions reached the PIAA Class 1A final and in 2019, they made the Class 1A semifinals. He ran for 381 yards on 53 carries to average 7.2 yards per carry with eight touchdowns in four games and finished his career with 3,405 yards with 40 touchdowns.