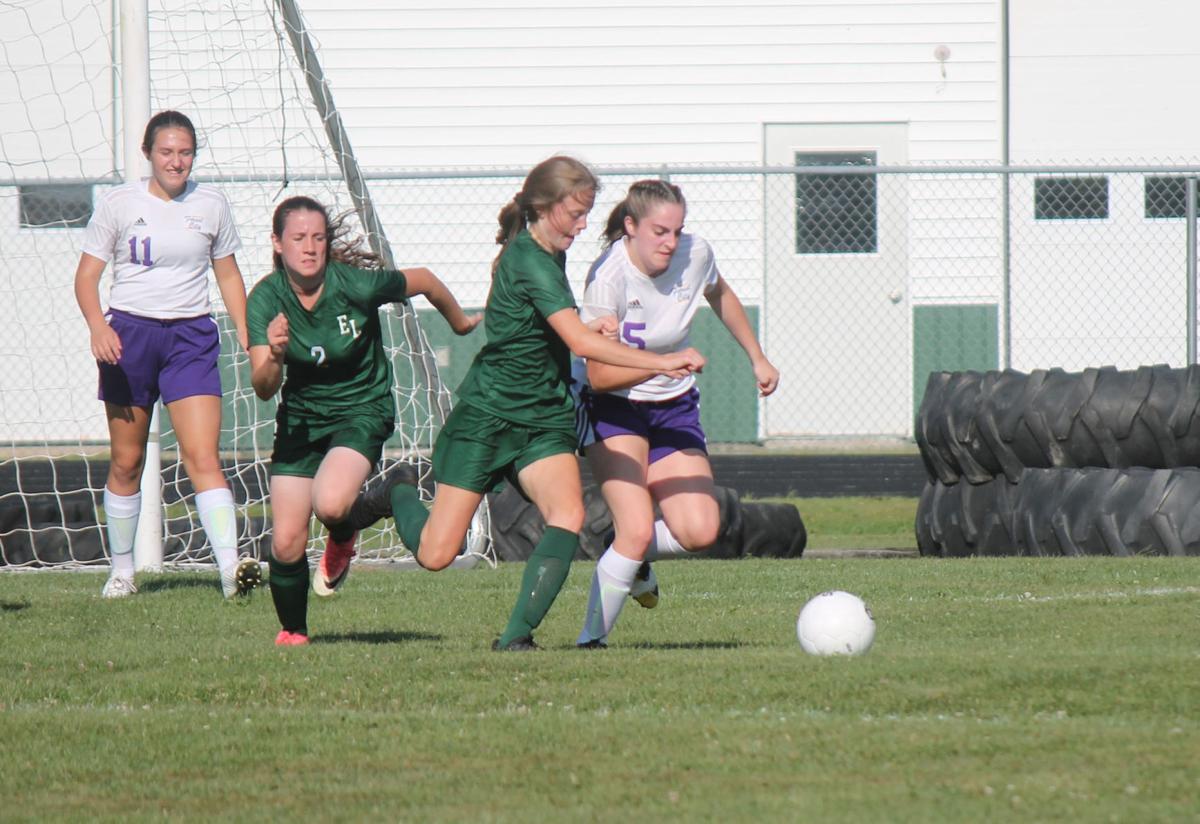 Davia Adams, left, and Megan Johns will continue to take the Lady Warriors into competition this year. 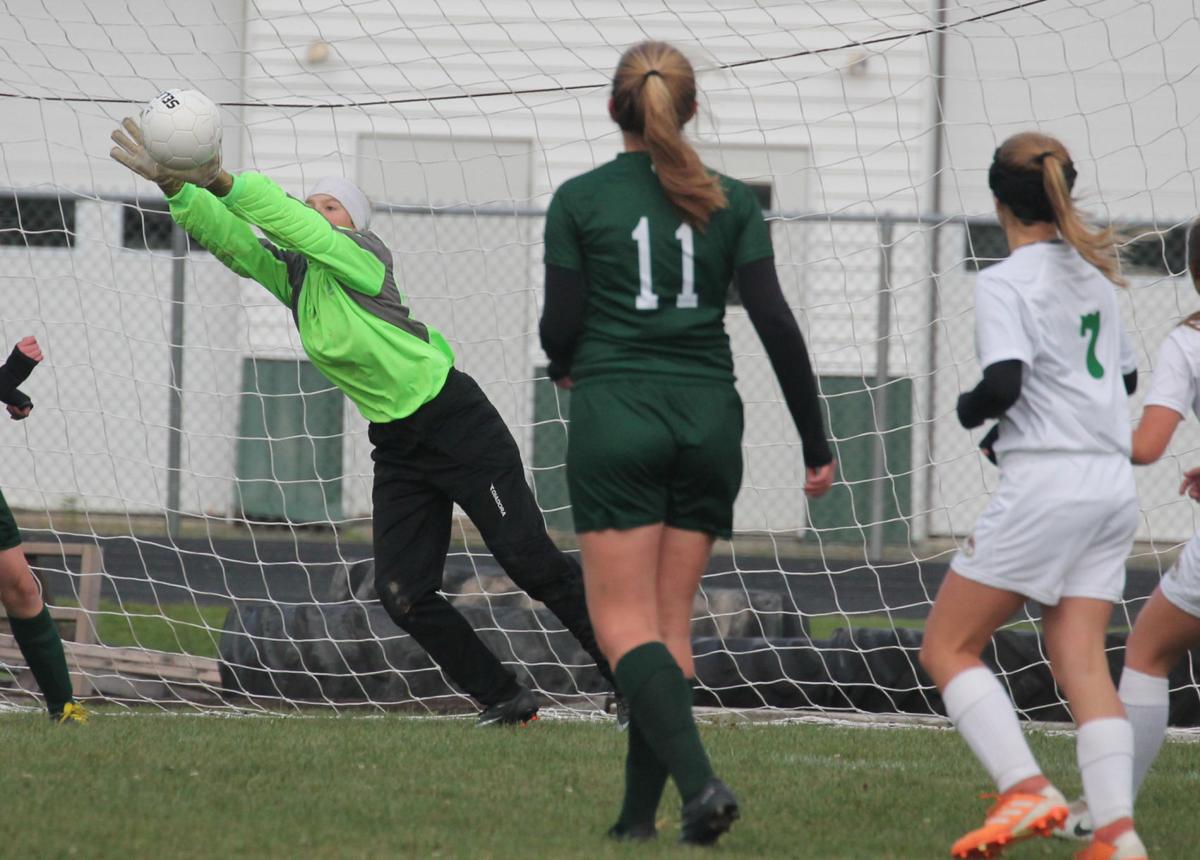 Senior Tamara Voda minds the net again this season for the Lady Warriors.

Davia Adams, left, and Megan Johns will continue to take the Lady Warriors into competition this year.

Senior Tamara Voda minds the net again this season for the Lady Warriors.

“We weren’t quite at .500 at the end, but we managed to pull out some wins that were challenging both physically and psychologically for the girls. Lacking a consistent offensive, our strong defense led by Tamara Voda in the goal made all the difference. I’m eager to capitalize on those strengths and minimize last season’s weaknesses in the coming season,” she said.

To that end, Mitchell, a former keeper for the green and white team, is stressing a simple concept.

“In a short phrase: ‘more shots on goal.’ We will spend a large portion of our preseason practice time honing in on confidence and quick shooting, so players from all positions have the strength and skill to take quality shots on goal,” she explained. “In addition, a personal goal of mine is to lead these girls to a .500 season and a big win on our Homecoming night, should it go on unaltered.”

Mitchell prioritizes the combination of psychological and physical strength needed to overcome barriers and weaknesses that’ll come up in the regular season. She says she will have the team focusing on questions like “Which character strengths came into play for you today?” and “What makes it more difficult to score in a game than in practice?” Also, knowing the squad will be small, she needs to ensure the players can keep up for a full 80 minutes, stressing conditioning.

The Lady Warriors will carry a short bench, rostering only 12 players. Five of those are seniors, and seven were varsity starters last fall.

Mitchell said, “Outside of shooting, the girls are being pushed hard to condition, build strength, and get lots of touches on the ball. From agility to weight-training, light scrimmages to sprints, we’re working now to ensure with even a small team, our program can go a full 80, we can play through an entire game.”

“Sophomores Megan Johns and Caitlyn Kerr both made huge strides their first year on the squad. I’m eager to get them into positions where they’ll be challenged and their strengths will assist them in fulfilling their potential this coming season,” explained Mitchell. “The natural athleticism and talent of freshman Mackenzie Strohl, too, is an exciting addition to the team I’m looking forward to nurturing past the preseason conditioning.”

As practices progress, Mitchell is confident in her team’s goal-keeping, defense, and speed, but is concerned with scoring, communication, and foot skills.

“I hope the players can say, with honesty, that they left it all on the field this season. The grit, the drive, and the determination is all there,” she said. “I’m eager to see them work hard at practice these next few weeks, too, so when that first buzzer sounds and the game begins, they’ll be able to give 100% without a second thought.”