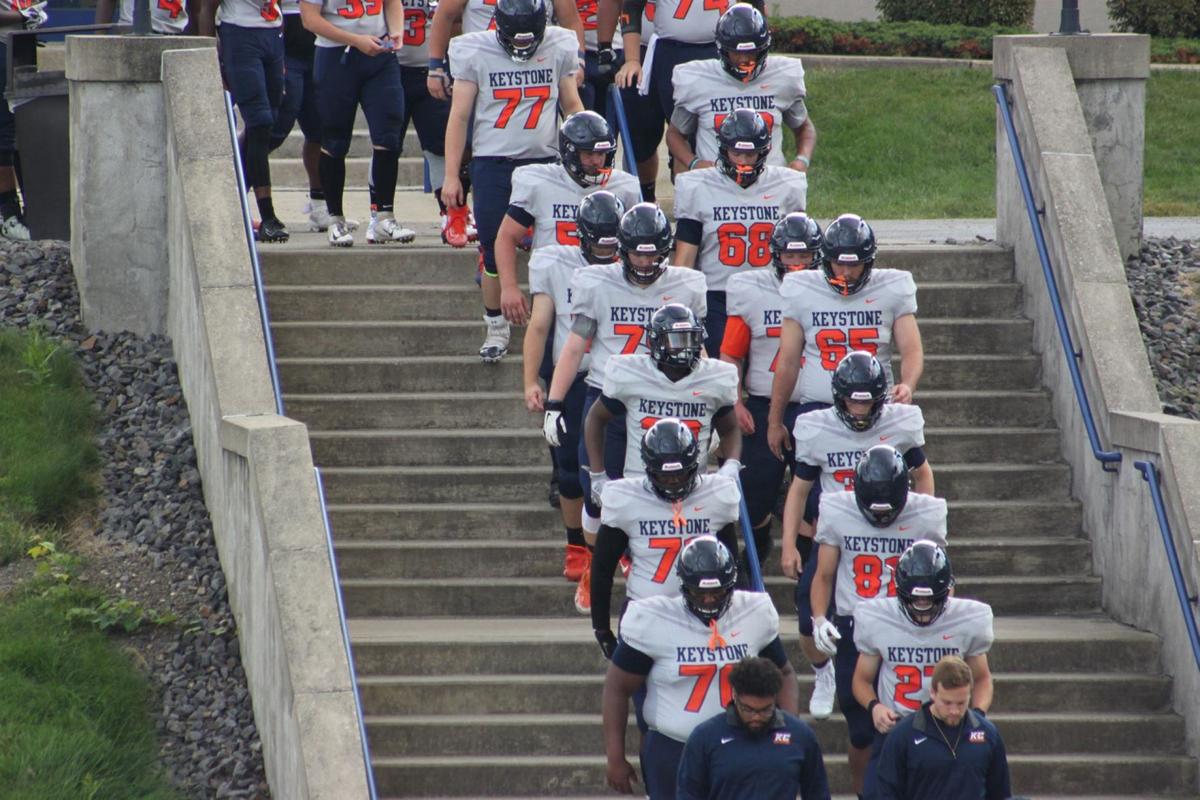 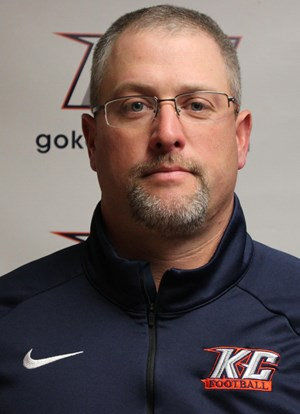 Keystone College’s inaugural season in the Eastern Collegiate Football Conference won’t happen. However, the Giants will still try to the field in the fall.

On Wednesday, the ECFC announced it was canceling the 2020 season. In doing so, however, the league gave its seven members the flexibility to move forward at their own discretion. So Keystone is pursuing opportunities to schedule other NCAA Division III regional schools.

“My stance has always been if we can make it safe and follow the guidelines, we want to try to have as normal a season as possible,” Keystone head coach Justin Higgins said. “Obviously, being our first year and the kids working toward that, that’s the goal of every program. You want, in their best interest along with the safety interest, for the kids to get on campus and get them into as normal a routine as possible. Every school is at a different point, but currently we are still looking to continue to have as ‘normal’ a season as you can have.”

In canceling the season, the ECFC cited its unique geographic footprint. Besides Keystone, there are two schools in New York (Alfred State, SUNY-Maritime), two in Massachusetts (Anna Maria College, Dean College), one in Vermont (Castleton University) and one in Washington, D.C. (Gallaudet University).

Travel and overnight trips would be very difficult.

“Obviously, we were sorry to see that, but we understand,” Higgins said. “The times we’re in right now, there’s a lot of unknowns and uncertainties. Our conference is spread across several states and as you try to follow guidelines and suggestions from the NCAA, a lot of those states have different things. I think the conference did the right thing. They didn’t cancel or force teams to do one thing or another. Because everyone is dealing with a different situation, it allows them to act based off their state guidelines and institutions.”

Higgins said talks with other schools about scheduling games are in progress. He said he wants to play as many games as possible.

Keystone College’s Sports Information Director, Ryan Novitsky, added, “We are taking both a ‘Wait and see approach’ and a ‘Let’s get moving approach.’ Things are changing week by week, and even day by day.”

Novitsky said, “Coach Higgins has been on the phone with regional coaches and is looking at the options.”

If Keystone plays in the fall, Higgins believes it might be better prepared for any necessary changes as a new program than one that is more established and used to doing things in the previous manner.

“You’re always looking for and finding new ways to adapt when you’re a new program,” Higgins said. “That’s just the nature of it.