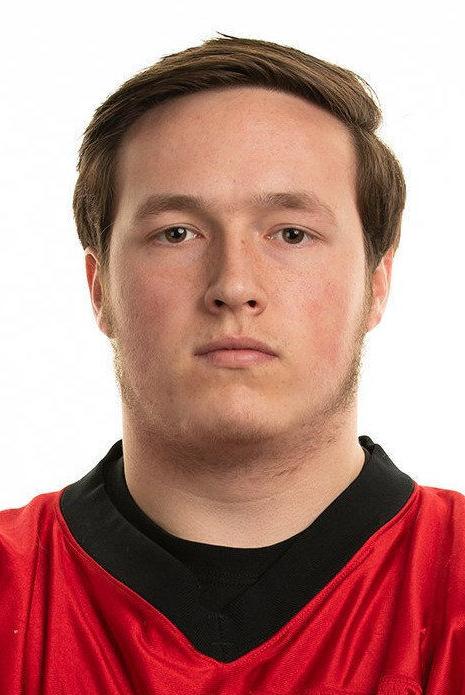 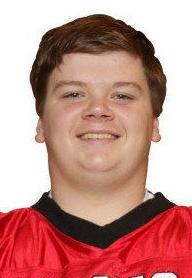 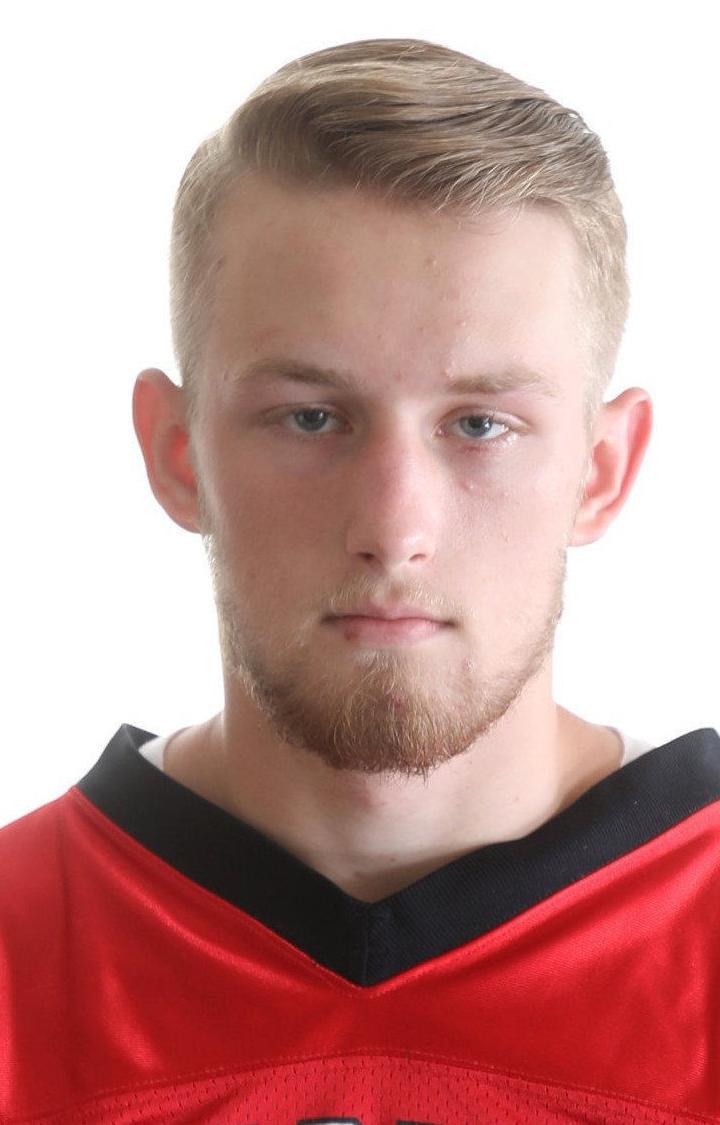 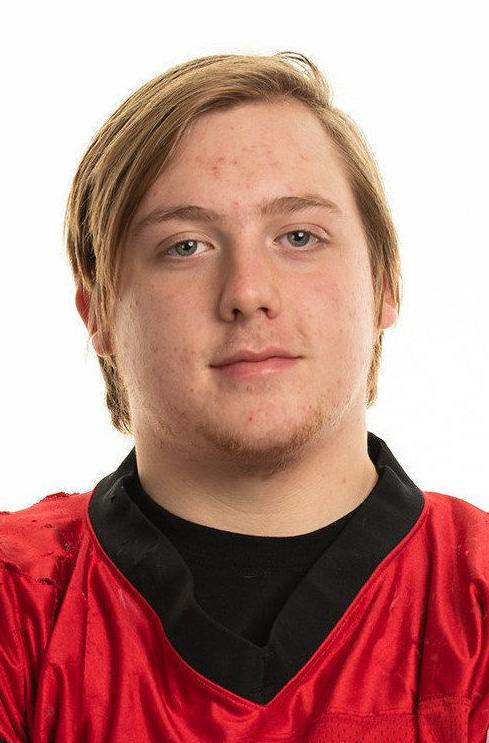 While revealing one player per day, as they did beginning Friday, May 8 and continuing up to the previously scheduled first day of fall practices, NEPAFootball.com revealed it’s Top 100 high school football players of the decade. The hope was to help folks enjoy some high school football talk during these trying times.

Four Lackawanna Trail players made the cut, including Mark Dunckle, Shawn Jones, Nate Rolka, and Ray Melnikoff. Three of the Lions graduated within the past few seasons: Jones in 2018, Rolka in 2019, Dunckle this past June, and Melnikoff is entering his senior campaign.

With almost 500 players nominated for NEPAFootball.com’s Top 100 All-Decade team, it was difficult for the selection team to narrow the choices down. At one point, they were able to get to 200.

Acknowledging that, the selection committee readily admitted they know there are going to be some very good high school football players left off the list, but there were only 100 spots.

Players that were all-league, all-district and all-state didn’t quite make the cut but that doesn’t mean they weren’t accomplished high school football players.

The All-Decade Team for the 2010 to 2019 seasons, was presented by Gibbons Ford.

Listed below are the accolades and accomplishments of the Trail players, as written by the NEPAFootball.com staff and a reflection from coach Steve Jervis.

#93 — Mark Dunckle Last Season: 2019 Positions: OL/DL Mark Dunckle anchored both sides of the line for two seasons that saw Lackawanna Trail play in the state championship game in 2018 and state semifinals in 2019. On the offensive side, the Lions rushed for 4,293 yards his junior season and 4,148 yards his senior season. On defense, he led Trail in 2019 with 88 tackles including six tackles for loss including 14 tackles in the state semifinal against Bishop Guilfoyle.

Lackawanna Trail coach Steve Jervis on Dunckle: “Mark came into the 2018 season with the task of replacing all state selection Shawn Jones on both sides of the ball. He did not disappoint. Mark always played bigger than he was. He is a kid who has a high football IQ and is the epitome of toughness. His quickness and block recognition on defense was really what made him great. He had a motor that never quit. Just an absolute pleasure to coach.”

#55 – Shawn Jones Last Season: 2017 Positions: OL/DL Expectations are pretty high when you are the nephew of a NFL Hall of Fame lineman (Mike Munchak), but Shawn Jones has made his uncle proud. Jones was a three-year starter on both sides of the ball for the Lions. He anchored both their offensive and defensive lines leading Trail to three straight district championship appearances winning the district championship in his junior season in 2016. At 6’2 290 pounds, he was an integral part of the total offensive output of 3,778 total yards in 2016 and 3,570 yards in 2017. On the defensive side of the ball, he was quick off the ball and had great technique. He could play any one of our four defensive line positions.

Lackawanna Trail coach Steve Jervis on Jones: “His strengths were his unique combination of size, athleticism and football IQ. There was a strong football lineage in his family and it showed. Maybe his best attribute overall was his personality. Shawn was always smiling and always willing to help younger players. He still works out with our players in the offseason.”

#49 – Nate Rolka Last Season: 2018 Positions: QB/DL/PK There are many players who did just about everything for the team except drive the bus to the away games. Nate Rolka was one of those players. Rolka was a four-year starter at quarterback for Lackawanna Trail and ended up throwing for 3,387 yards and 29 touchdown passes. He rushed for 1,088 career yards and 27 touchdowns. He also contributed 85 extra points and 5 field goals. Rolka also played defensive end where he had 45 tackles including 4 tackles for loss, 2 sacks and 4 pass break ups during his senior season. He led the Lions to four district championship appearances, winning two district titles in 2016 and 2018. In his senior season as a team captain, he led Trail to the best season in school season as the Lions finished as state runner ups with a final overall record of 14-2.

Rolka was named a 2018 NPF Lackawanna Football Conference Division IV first-team quarterback and kicker. He was also named the NPF District 2 Offense Player of the Year. Rolka was named a 2018 all-state athlete by the Pennsylvania Football Writers and first-team all-state athlete by the Pennsylvania Football News. He was also named a first-team offense specialist by EasternPAFootball.com. Rolka played in the Lions Club Dream Game and was a member of the WNEP Dream Team. He continued his athletic career at the Division 1 University of Delaware where he is playing baseball.

Lackawanna Trail coach Steve Jervis on Rolka: “We always tell our quarterbacks that the best stat of a quarterback is wins, can the kid win football games. Nate won 37 games in his high school career which is very impressive. He comes from a very athletic family where his father played Division I college football and his grandfather was a longtime coach and it showed. Nate was a fierce competitor. Maybe his best attribute, even as a quarterback, was how physical he was. At 6’3 and 215 lbs, he ran the ball extremely hard and was never afraid to earn the tough yards. My only regret is that I didn’t run him more as an underclassman. His leadership was integral to our team’s success. He had the uncanny ability to remain very relaxed even in the biggest moments.”

#37 — Ray Melnikoff Last Season: 2020 Positions: FB/LB/PK Ray Melnikoff has already led Lackawanna Trail to one of the most successful runs in recent Lackawanna Football Conference history and he still has one more year to add to that legacy. Melnikoff was the leading rusher for the past two seasons where the Lions went to the state championship in his sophomore year in 2018 and then back to the state semifinals in his junior year in 2019. He was also integral in making the best-two year span in school history by winning 24 total games. Melnikoff has rushed for 3,147 career yards and 37 touchdowns Not only is he a force on offense, he is equally as dominant on the defensive side of the ball where he has been a starter for three years at the linebacker position and already has amassed over 100 tackles. Melnikoff has kicked and punted for Trail as well.

Lackawanna Trail coach Steve Jervis on Melnikoff: “In the wing-T offense, having a pounder at fullback is critical. Over the years, we have been blessed to have many talented and physical players at that position. Ray has made a name for himself in Trail football history to say the least. He has great balance and leg drive which makes him very difficult to bring down. The bigger the game the more that he rises to the occasion. He is a prime time player that always seems to make a play when the team needs it. He is a very humble kid who truly loves playing the game. He is a throwback type of player that is an absolute pleasure to coach.”