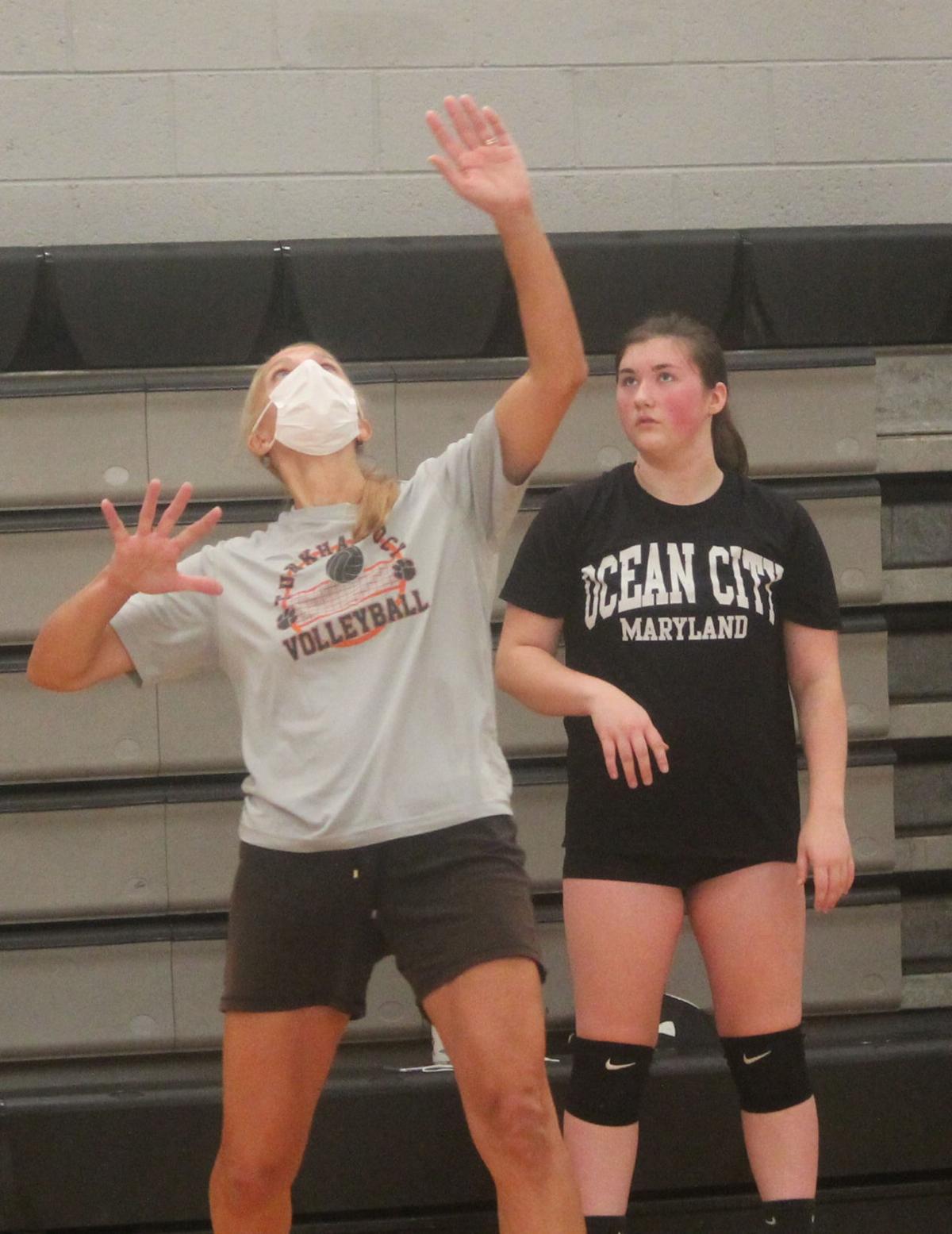 Lynne Binner, left, with freshman Mackenzie Dillon, may be in her rookie season as coach for the Lady Tigers, but she brings a wealth of experience from the collegiate ranks, and a heaping of Tiger Pride. 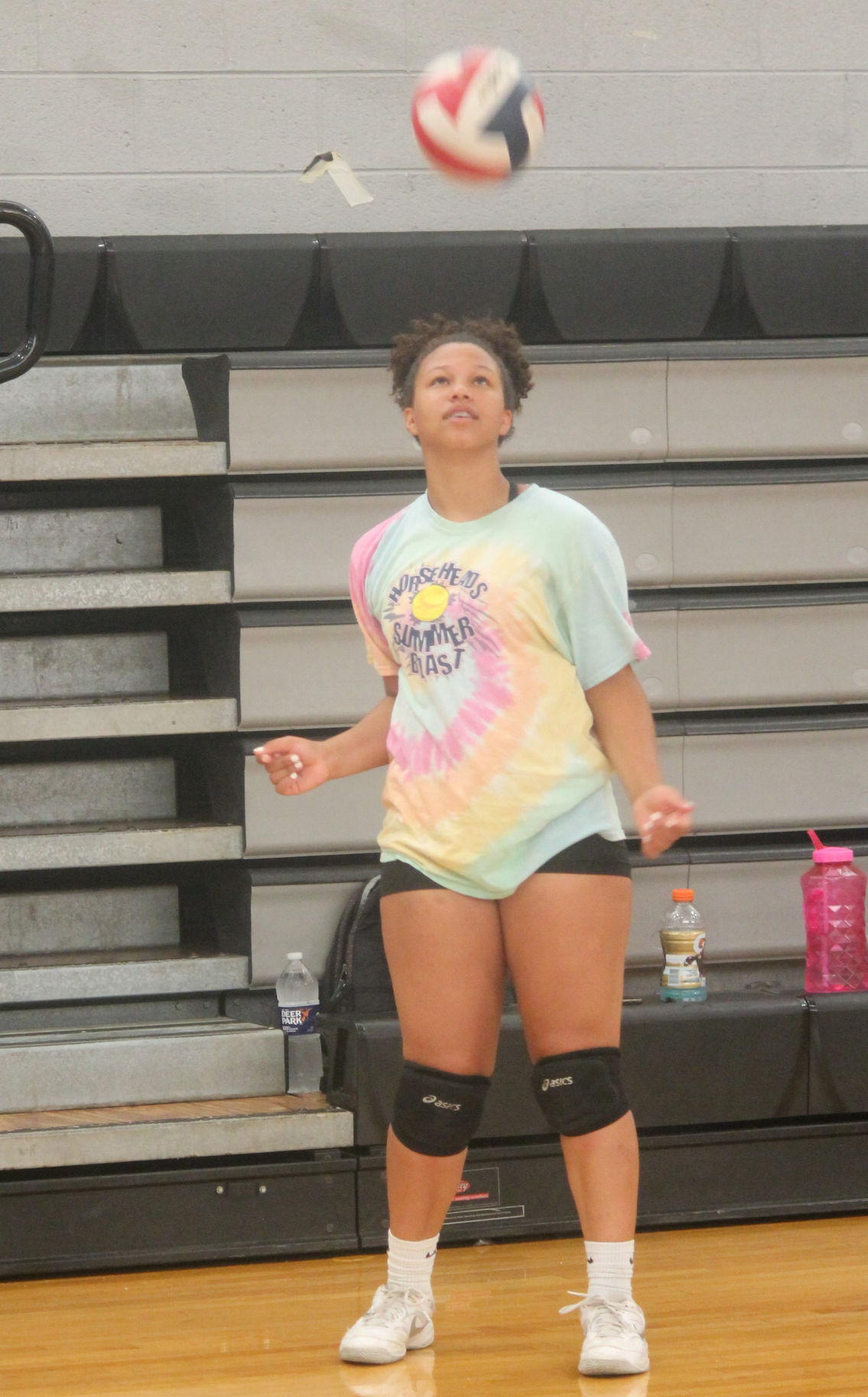 Lynne Binner, left, with freshman Mackenzie Dillon, may be in her rookie season as coach for the Lady Tigers, but she brings a wealth of experience from the collegiate ranks, and a heaping of Tiger Pride.

The Tunkhannock girls volleyball team had a successful run under head coach Karen Passarelli, who retired last season, including postseason games and was awarded the illustrious sportsmanship award.

Passarelli knew her tenure on the sidelines was limited so she reached out to Tigers volleyball mainstay, Lynne Binner.

“The team received the good sportsmanship award from the referees last year under Karen. I plan to continue to reinforce the importance of good sportsmanship toward the referees, their opponents, and each other,” said Binner. “Karen has been very supportive answering any questions I may have and stopped by before the season started with a bag full of volleyball books, coaching shirts, etc. I truly appreciate her support and confidence in me.”

Binner, an outstanding four year starter at Tunkhannock, went on to start two seasons at Gettysburg and play in multiple Keystone State Games, being named all tournament in 1994. While wearing the orange and black, she was given the best offensive player award her junior year and named co-captain and MVP in her senior year. Binner was named to the first team all-conference during her senior year, and a Times Leader athlete of the week in the fall of 1985.

She is a former assistant women’s coach at Misericordia, and head coach at Penn State-Wilkes Barre. Binner initiated and organized the Tunkhannock Women’s Volleyball League in the fall of 2003, and that league has grown to approximately

“There is a special place in my heart for Tunkhannock volleyball. We have a long history of successful teams (boys and girls), and when former varsity coach Karen Passarelli said she was moving and encouraged me to take over as head coach, I jumped at the chance,” said Binner. “I’ve been watching a lot of these girls play since they were in seventh grade, and I know that they are a great group of talented volleyball players with great attitudes, so I’m excited to be their coach.”

Binner expects to improve on the team record from last year and to make it to the playoffs by working on all skills, especially serving, serve receiving and communication while stressing having fun, respecting each other, shaking off mistakes and pushing themselves on the next play.

According to Binner, the Lady Tigers schedule continues to change due to COVID, but so far, it appears to be just regular season games. The team’s traditional season opening tournament and preseason scrimmages were canceled, but looks to Nanticoke, Berwick, and Holy Redeemer as challenging games.

Binner, who was inspired to coach by her high school coach, the legendary Don Davis, admitted, “Although I would have only kept about 18-20 players in order to properly develop each player, I decided to keep all 25 players in order to give them all a sense of normalcy and hope in these difficult and unsettling times. I believe that this will have a huge impact on their physical, emotional, and mental well-being now and going forward, and I am happy to give this opportunity to the girls. They are a great bunch of ladies, and I am thankful to coach them during my first year as varsity coach at TAHS.”

Of those 25 players, Binner will have five seniors, three of whom are hoping to play the sport in college.

“I hope that they are grateful for the opportunity to play (this season) and have some normalcy during these unprecedented times, and that they develop an even greater love for the awesome game of volleyball,” she said.