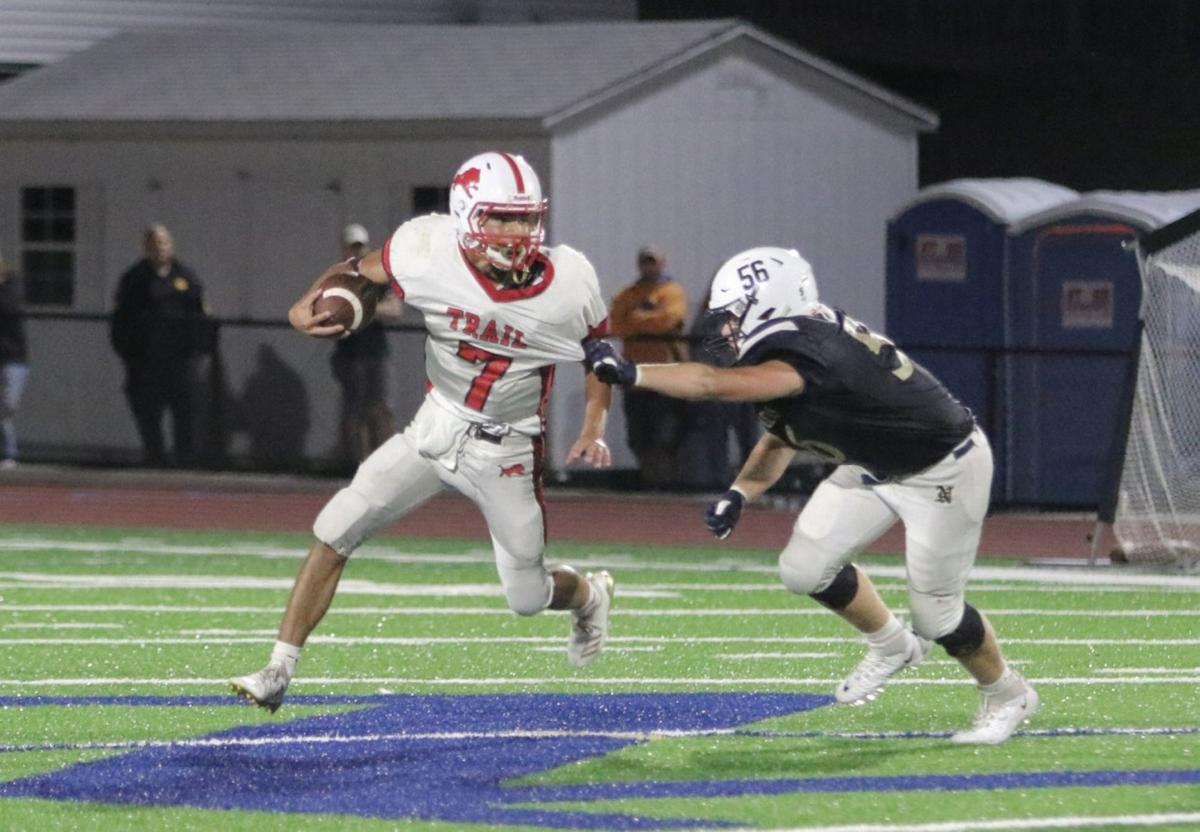 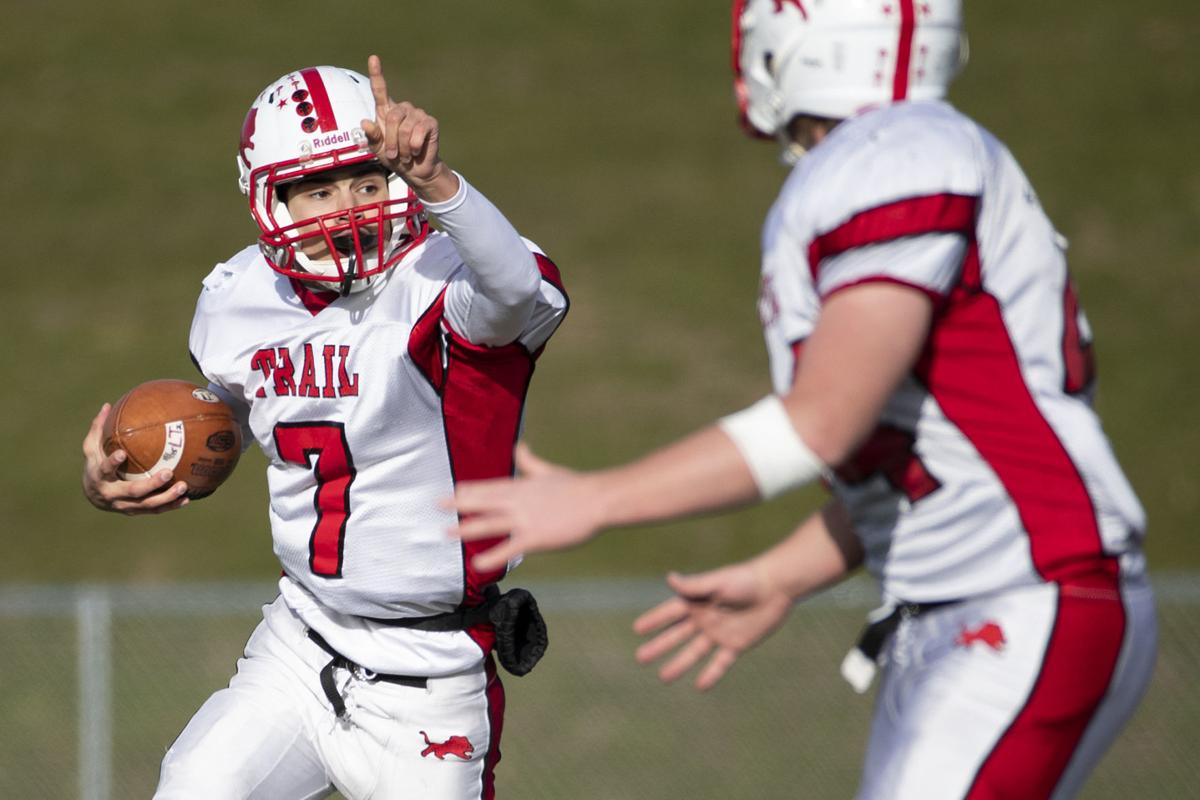 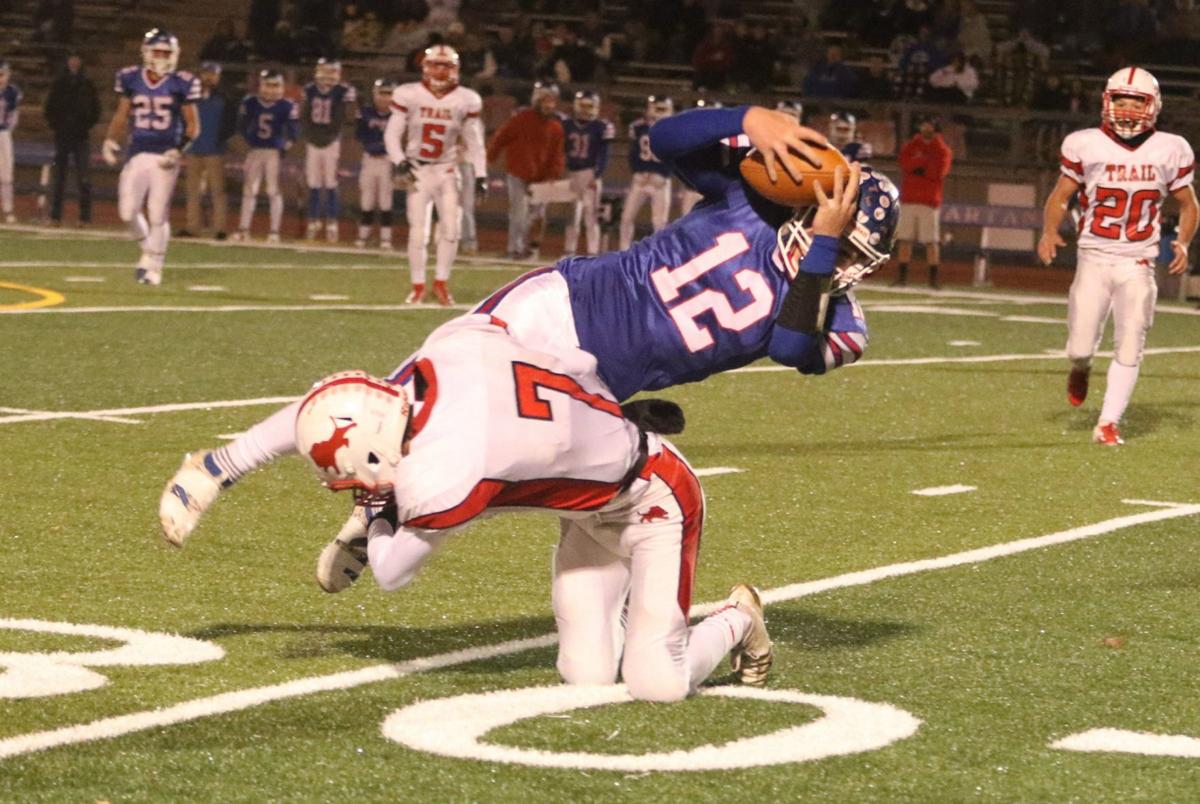 Nico Berrios (No.7 in white) is versatile on the field, playing whereven Coach Steve Jervis needed him. 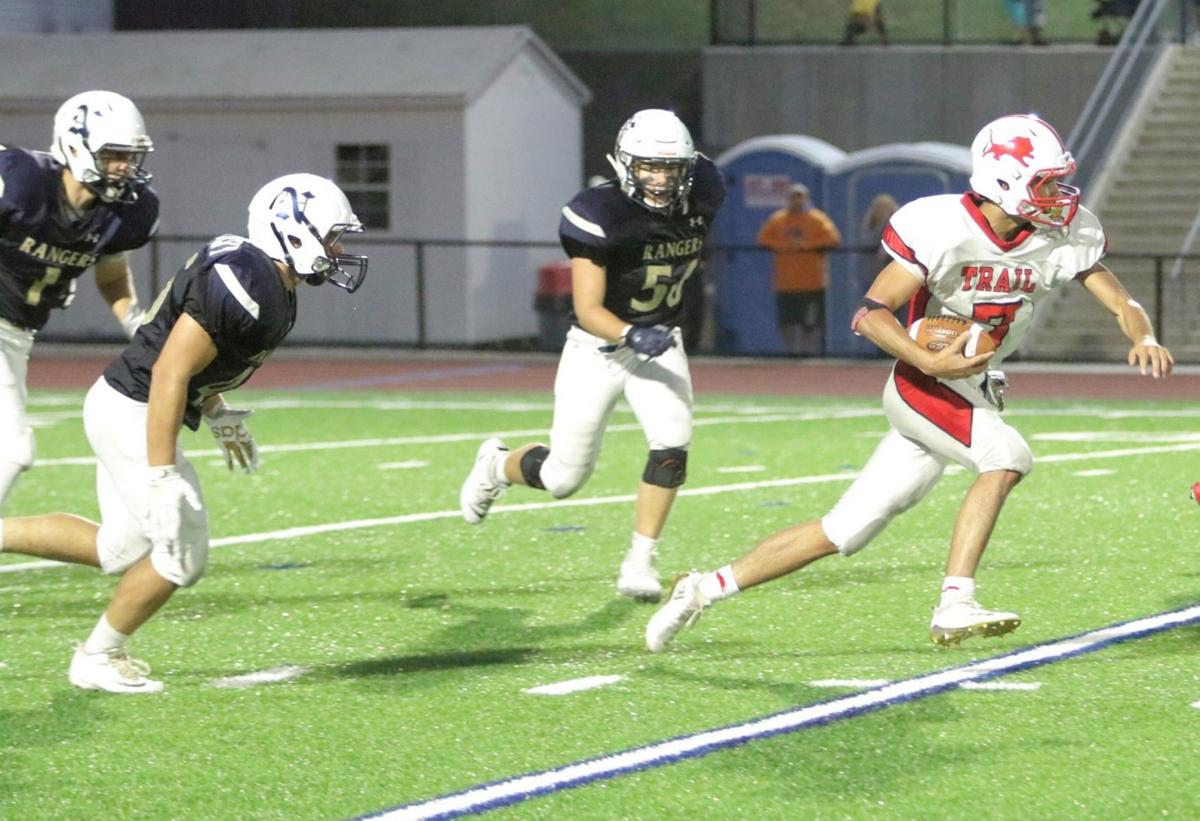 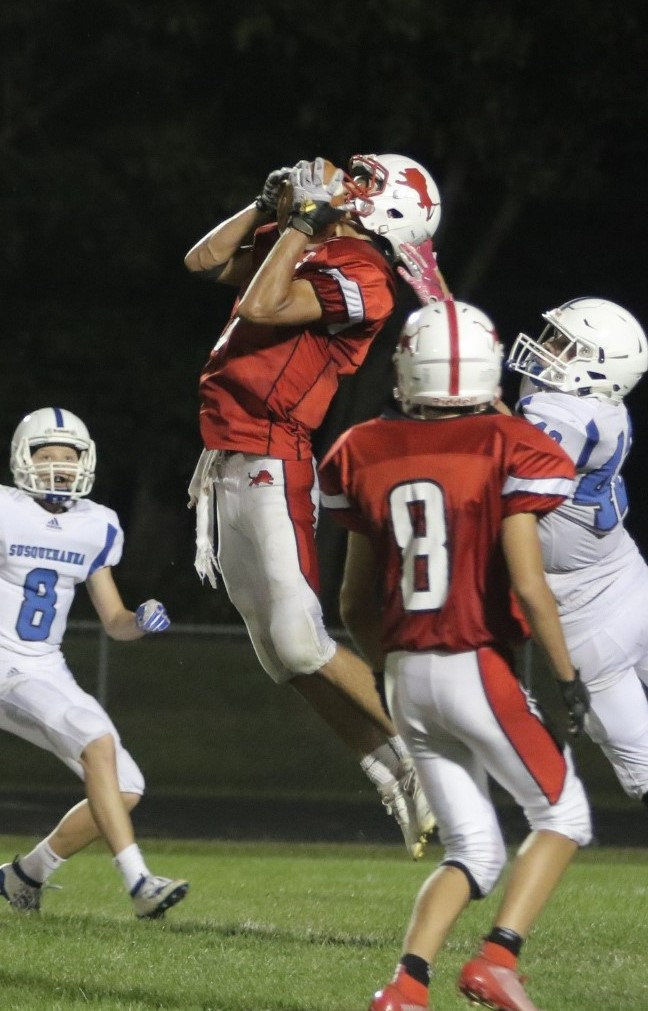 Trail's Berrios hauls in a ball against Susquehanna last season, where he rushed for 35 yards and passed for 155 more. 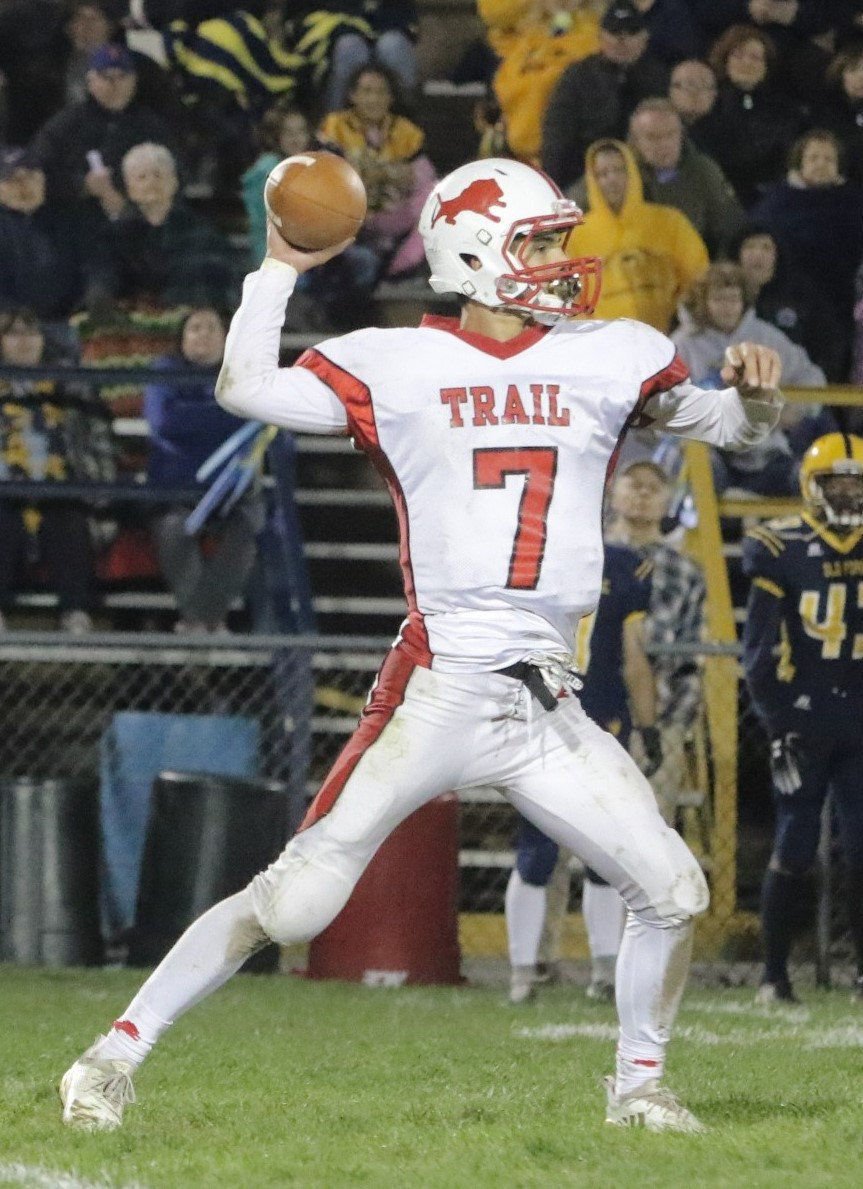 Nico Berrios will take his leadership and experience to the next level, as he heads to NAPS before cruising to the United States Coast Guard Academy. 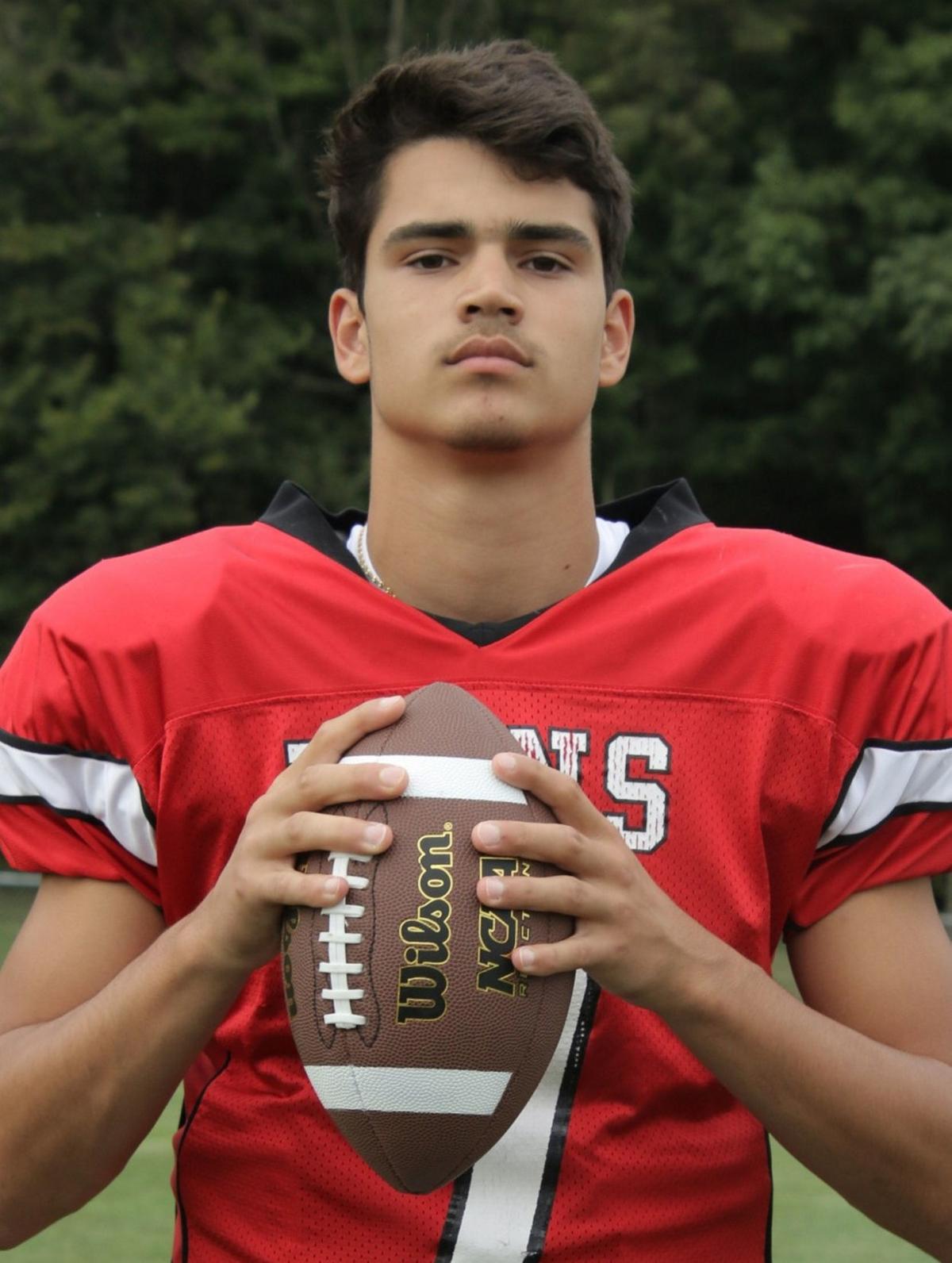 Nico Berrios (No.7 in white) is versatile on the field, playing whereven Coach Steve Jervis needed him.

Trail's Berrios hauls in a ball against Susquehanna last season, where he rushed for 35 yards and passed for 155 more.

Nico Berrios will take his leadership and experience to the next level, as he heads to NAPS before cruising to the United States Coast Guard Academy.

Even casual fans of Lackawanna Trail football are familiar with the name Nico Berrios.

“During his senior season, he took over for two four-year starters as he replaced Nate Rolka at quarterback and Jordan Edwards at free safety,” explained the Lion’s head varsity coach Steve Jervis. “He also returned punts and held for extra points and field goals.”

Berrios has decided to take his versatility and leadership to the Coast Guard Academy.

The United States Coast Guard Academy is a top military college granting bachelor’s degrees in engineering or professional majors. Graduates earn a commission as an Ensign in the Coast Guard to serve their nation.

The USCGA presents an opportunity to attend an elite professional college that charges no tuition and guarantees a challenging and rewarding career upon graduation. Each year, approximately 200 graduates are commissioned as Coast Guard officers to help ensure the safety, security and stewardship of our nation’s waters.

To start, he will attend NAPS, a prep school in Rhode Island, before heading to the academy in New London, Conn.

“Around my sophomore year, I visited my cousin Gil, who was in the coast guard and the navy,” explained Berrios. “After I talked with him and my parents about all the opportunities and benefits of serving the nation, we decided it would be a good idea for me to apply.”

Berrios will be joining the CGA class of 2025, though he is still undecided about his course of study, but he is leaning towards something in the science field.

He will also play football, and depending on where the Bears need his skills the most, he might see time at a host of positions including defensive back, wide receiver or quarterback.

“Nico was integral during his junior year when we went to Hershey,” said Jervis. “He was a two-way starter at corner and wide receiver. Nico accepted every challenge and never complained once.”

“I always thought about serving our country and cannot wait to go to the Coast Guard Academy,” said Berrios. “I know I have a lot to learn, but I will use my experiences and leadership to help our nation. I am excited to do that.”

Berrios was able to visit the CGA and shadowed a cadet, another football player, and learned a lot from the experience. He has also been in touch with a Western Wayne football player who plans on attending the service academy this fall.

“It has been a little different, with the pandemic now, but we are all in the same boat,” he added.

Berrios has had the continued support of his parents and coach throughout the application process, saying, “My parents always had my back, it was nice to have their support throughout the whole thing. And Coach (Jervis) said this would be a good opportunity for me. He helped me along, and spoke with the football coach.”

Jervis said of Berrios, who also played basketball at Trail, “He was a pleasure to coach. His leadership, attention to detail, and discipline will serve him well as he continues his academic and athletic career.”

“I don’t know what path I will be taking, but I know at the end of my time at the Academy, and a lot of hard work, I will be ready for anything,” said Berrios. “It will help me develop as a person, and in the end, pay off.”