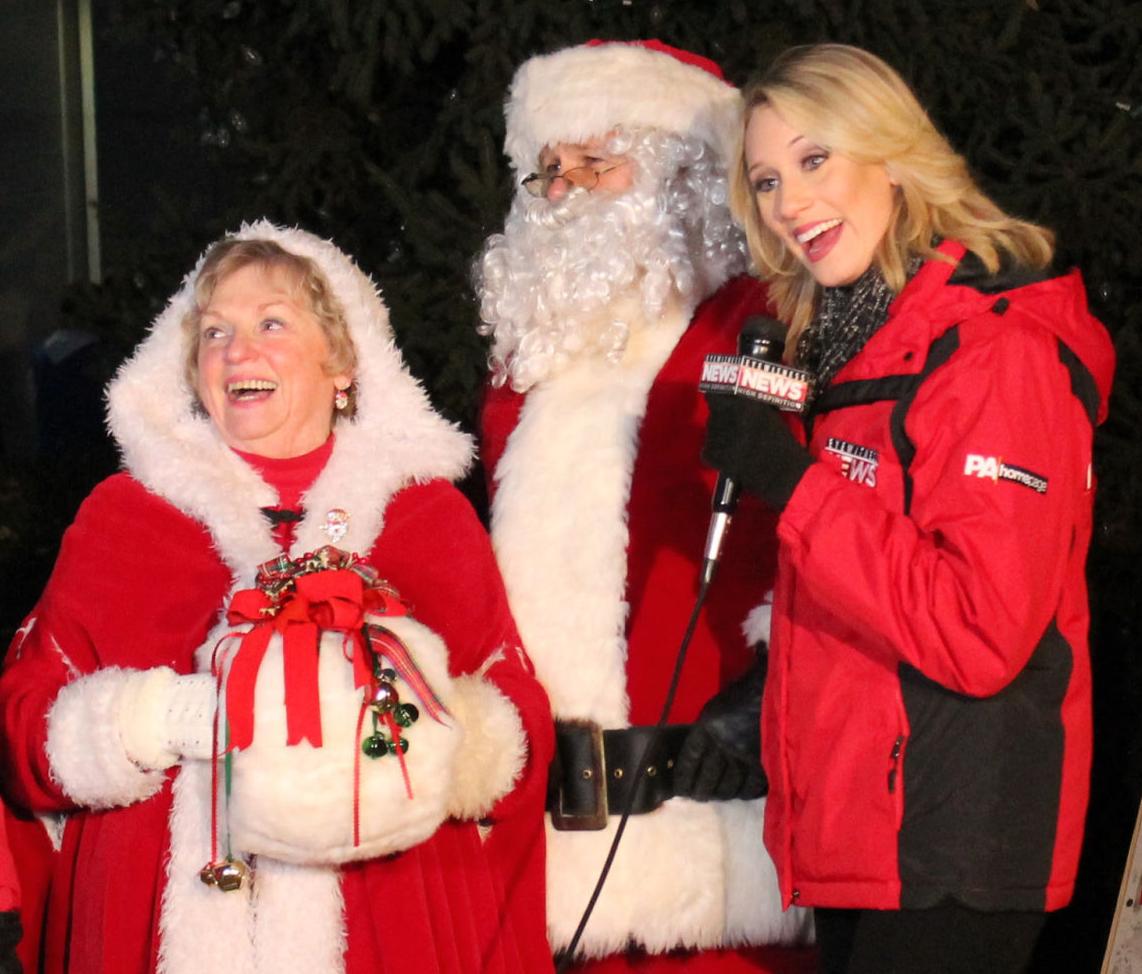 For many years, Tunkhannock was such ‘big news’ that its Hometown Christmas activity led off the regional TV station’s evening news. 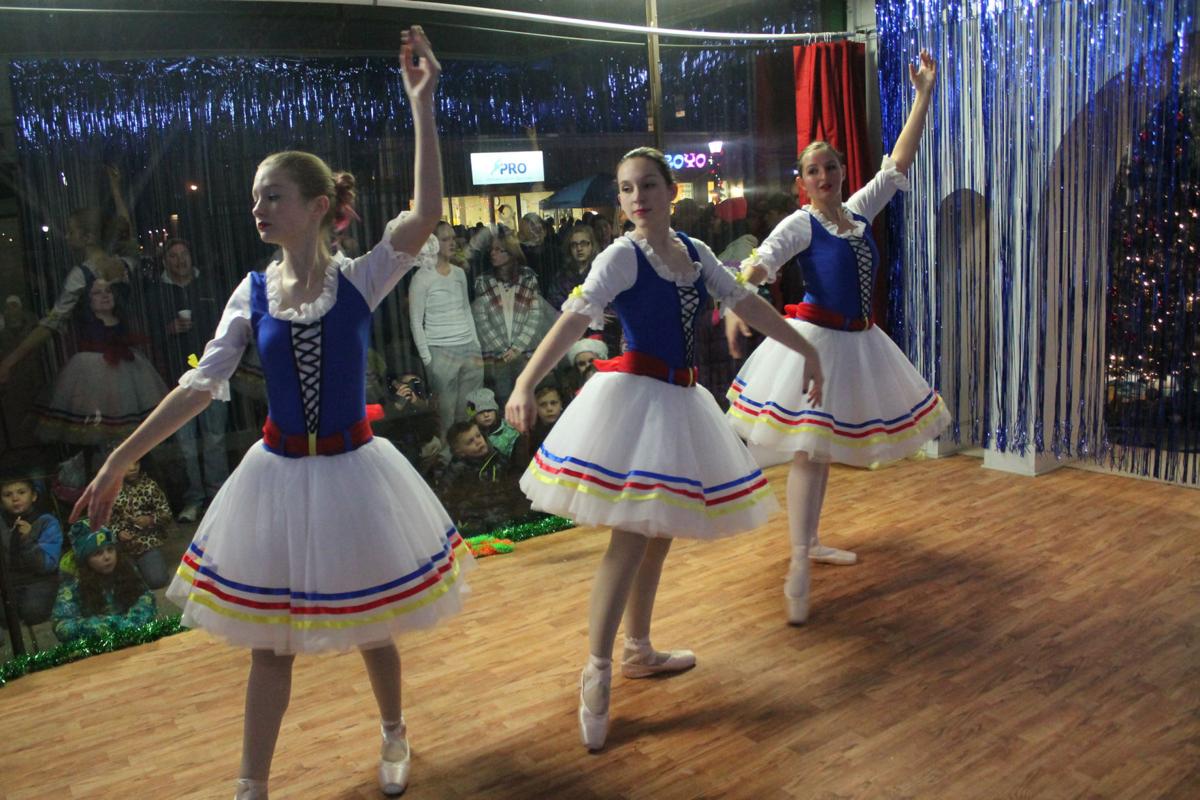 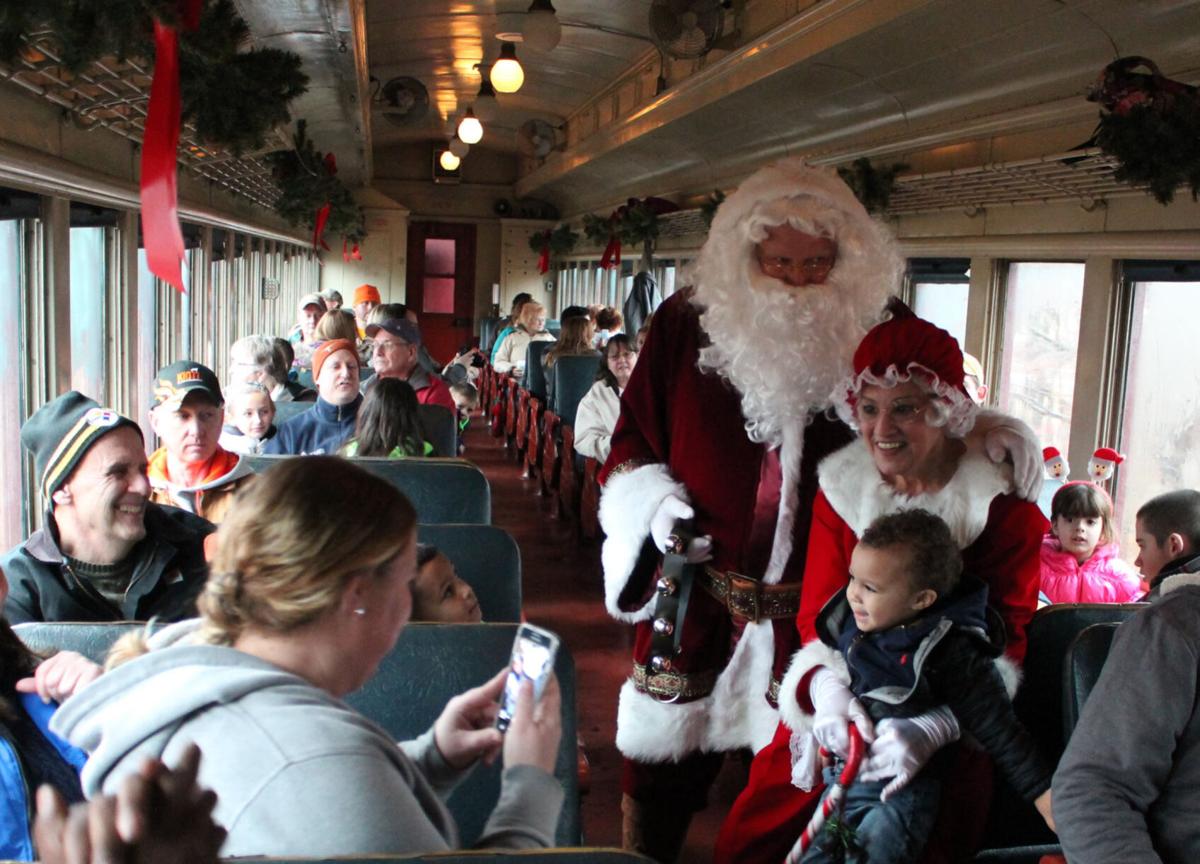 Taking a train ride with Santa along the Susquehanna River has its own charm.

For many years, Tunkhannock was such ‘big news’ that its Hometown Christmas activity led off the regional TV station’s evening news.

Taking a train ride with Santa along the Susquehanna River has its own charm.

Imagine a town where every storefront is decorated for the holidays, carolers are singing through the streets, Christmas lights beam from street lamps, and children are running in excitement to finally get to sit on Santa Claus’ lap.

You might think you’re in a Hallmark Christmas movie, right?

Well, maybe, but in reality, you’re in Tunkhannock, during a non-pandemic life.

Nancy Parlo, director of the Tunkhannock Business and Professional Association, was thrilled but not surprised when she first saw the list.

“Just walk through the town in December and everything looks magical,” Parlo said. “The magic comes from the store owners who decorate their fronts, the volunteers who put lights on all of the lamp posts, and, of course, the kids who are always so excited.”

The main event in a holiday season of many, that makes Tunkhannock look like a Christmas movie is ‘Christmas In Our Hometown,’ which usually punctuates the first weekend in December.

Because of COVID-19 this year, the ‘Hometown’ will not look like it’s normal self as a lot of the events won’t be taking place, but Parlo said some of the traditions are being kept alive. And, none are being forgotten.

“The streets will still be decorated, we are still going to have the ice sculptures,” Parlo said. “Our goal is to keep everyone safe. Obviously we won’t be able to do things like the carriage rides, but we still have a lot of things planned with the Dietrich Theater.”

The Dietrich is one of the busiest places during the holidays and definitely adds to the Christmas experience, its executive director Erica Rogler said.

“With our beautiful historic architecture, our quaintness, and the backdrop of the Endless Mountains, it makes you feel like you’re in a movie,” Rogler said. “The town is also so beautifully decorated. The stores look like mini department stores in New York City.”

In addition to big doings like a cookie walk ‘Hometown’ Friday and a holiday workshop for kids Saturday, the Dietrich Theater, thanks to the generosity of Ace-Robbins, shows the holiday classic ‘It’s A Wonderful Life’ on Dec. 15 in all of its theaters with free admission to the public.

This year the Dietrich will also be putting on its ‘12 Movies of Christmas’ film festival, in which it will be a different Christmas movie every day from Dec. 4 to 17.

Rogler said that people coming for ‘It’s A Wonderful Life’ is her favorite holiday tradition and is glad it can still take place despite the pandemic.

“Seeing the audience singing at the end of the movie, and then walking out of the theater and seeing all of the lights, one year it even snowed, it truly is a magical moment,” Rogler said. “I think everyone should experience it.”

What makes for a Hallmark Christmas movie classic for Tunkhannock is that practically every weekend between Thanksgiving and Christmas beckons folks to come downtown and experience the magic.

On Black Friday weekend, for instance, children of all ages love to jump aboard the Lehigh Scenic Gorge Railway (run by Reading & Northern Railroad) for Santa Trains that take them on a journey down along the Susquehanna River to Falls and back, and with a visit by Santa and the Mrs., no less. But not this year.

The Business and Professional Women along with Tunkhannock Area PTO on the first Saturday in December help transform the TA Primary Center into a place where kids can find gifts for their best friends and family while also having breakfast with Santa Claus. But not this year.

Another big deal that sadly won’t be taking place is the Tunkhannock Library’s Christmas Show typically on a Saturday night and Sunday afternoon.

Tunkhannock’s Ryan Holdredge who has served as the director for the library show in the past said that he’ll miss getting to see all the talented people that are in the community to celebrate the best of homegrown entertainment with dancers, musical acts, and holiday skits.

“It’s a great opportunity for everyone to come together as a community, and watch really talented performers,” Holdredge said. “This year would have been the 34th anniversary of the show, so it’s really sad we can’t have it.”

Every year, Holdredge and the library hold auditions for singers, dancers, and actors from all over Wyoming County. The goal is to showcase all of the talented performers in the county, spread holiday cheer, and raise money for the library.

“We discussed trying to do something over Zoom, maybe even put out a DVD,” Holdredge said. “But we decided it would be better off to just hold off on the tradition, and bring it back better than ever next year.”

Another casualty of the pandemic is the fabulous ‘Journey to Bethlehem’ that typically happens the second weekend of December — a scenario in which the Tunkhannock United Methodist Church carts people though town on tractor-driven hay wagons so they can see the traditional Nativity story about the birth of Christ unfold in various stations, and ending on the courthouse lawn with a manger scene.

One thing that definitely will be continuing in the weeks ahead is the Festival of Lights, about five miles outside of town, where the StoneHedge golf course is transformed into a spectacular light show.

It opens this Friday, Nov. 20, and continues every night through Dec. 31, except Christmas Eve, for an unbelievable array of lights that is sure to lift your spirits about the magic of the holidays as you drive through a path that has surprising light experiences at almost every bend in the road. There is a modest charge for the lights festival with details about times to be found at www.playstonehedge.com.

“The Christmas spirit still runs pretty good here,” Tunkhannock Mayor Stacy Huber said. “Although we can’t have all the activities, I’m sure people will still come out for all the shopping and the restaurants which provides a boost to the community.”

Parlo said that even though she knows the Christmas spirit will live on, she will miss seeing the joy on kids’ faces when they see Santa Claus.

“Looking at the kids when they run up to see Santa for the first time, and then running to their parents when they see something in the stores that they want brings joy into your eyes,” Parlo said. “I tell people that Tunkhannock in December really is like a Christmas movie, and it’s absolutely amazing for our little town to get recognized.”