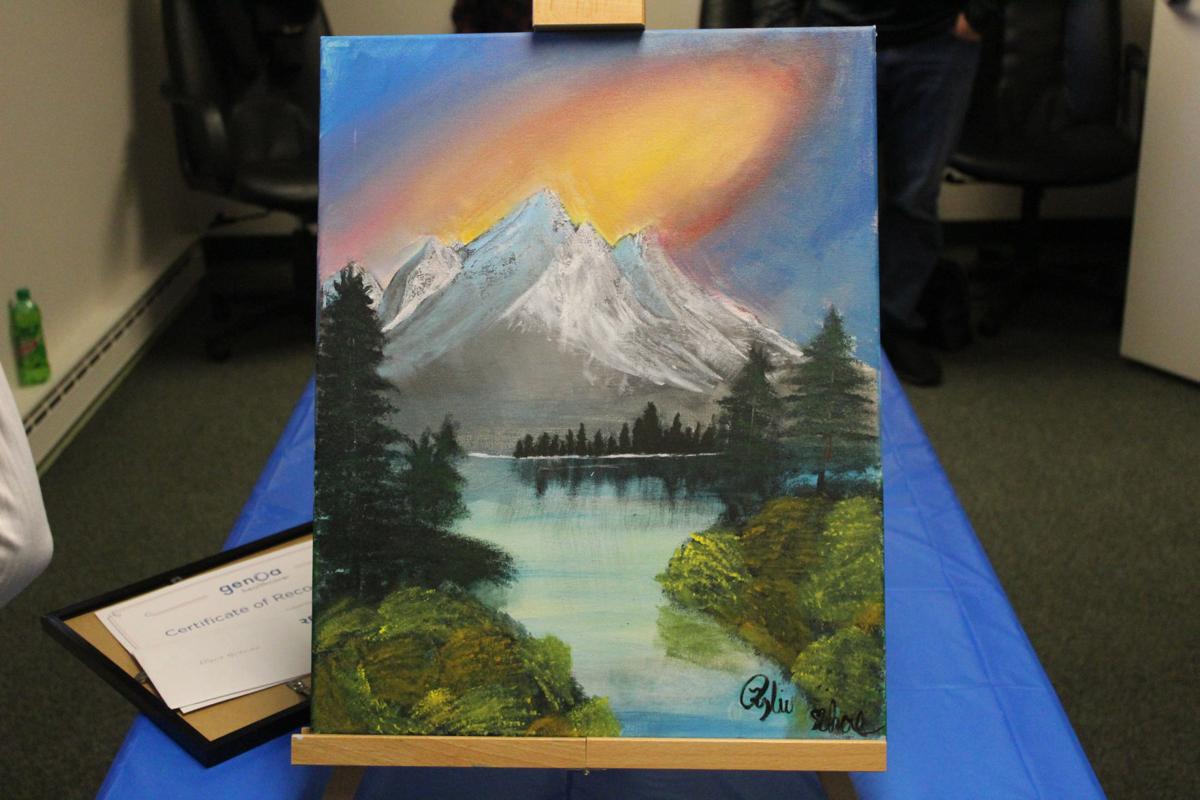 Rylie Brewer’s work that will be featured in Genoa Healthcare’s 2021 calendar. 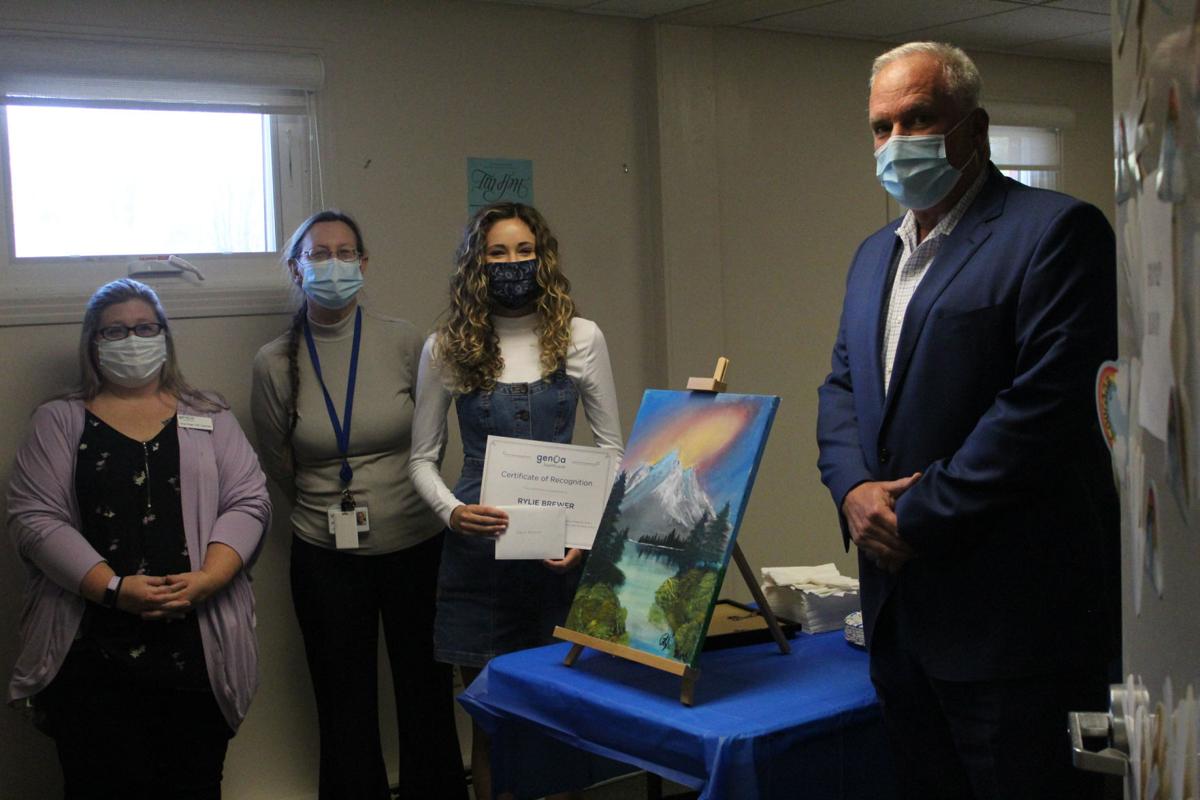 Rylie Brewer’s work that will be featured in Genoa Healthcare’s 2021 calendar.

Children’s Service Center/Robinson Counseling Center in Tunkhannock will now feature national, award-winning art inside its center. Genoa Healthcare ran a nationwide art contest where artists would send in their paintings, and 13 winners would be chosen for the company’s 2021 calendar.

One of those winners is Rylie Brewer, a 14-year old student at Biglerville Middle School outside of Gettysburg, who has made regular trips to the area to visit her grandparents.

“My grandmother was the one who sent me the link about this contest,” Brewer said. “She had seen all the artwork that I have been doing, and told me to enter the contest, so I did.”

There were around 5,000 entries to this contest nationwide, and Brewer’s painting was one of the 13 chosen to be put in Genoa Healthcare’s 2021 calendar.

Brewer chose a picturesque mountain range, with a light display looking overlooking the mountains. She hopes that people look at that painting and it relieves some stress and anxiety that people could be going through in their everyday lives.

Brewer said that she got into art because it lowered her stress levels, and she felt at ease when she was painting.

“I liked to call art my escape,” Brewer said. “I used to have really bad anxiety, and art really helped me out with that.”

When Brewer was thinking about an inspiration as to what she would do for the painting, she turned to the ideas of one of her favorite artists, Bob Ross, who she also cites as her artist inspiration.

“Two years ago, I was really into Bob Ross paintings and the scenery that he paints,” Brewer said. “I just took his ideas and kind of made them my own.”

Brewer’s accomplishments were celebrated in a Friday afternoon ceremony inside the Robinson Counseling Center with Brewer’s family present. Rylie’s mom, Robin Brewer said she could not have been more proud of her daughter for winning the competition.

“I’m very proud of her,” Robin Brewer said. “I was shocked when I found out how many kids actually entered the contest. I didn’t realize that it was a big nationwide thing.”

In addition to art, Riley keeps busy in school. She plays four sports, basketball, softball, field hockey and track & field, but that does not stop her from taking her art very seriously.

“She is always working on art at home,” Robin Brewer said. “It’s gotten to the point where we can’t even get the paint out of her rugs anymore, but it’s okay because she really enjoys it. She is always painting in her spare time.”

This will not be Riley’s last big art project as she plans on doing some more painting in the future.

“I definitely plan on doing some more painting in the future,” Rylie Brewer said. “I’m not sure what those projects will be, but I love painting so I’m gonna keep it up.”

Brewer’s painting will not only be on display in the calendar, but also in a virtual art gallery on their website, and a hard copy at the Robinson Counseling Center in Tunkhannock.