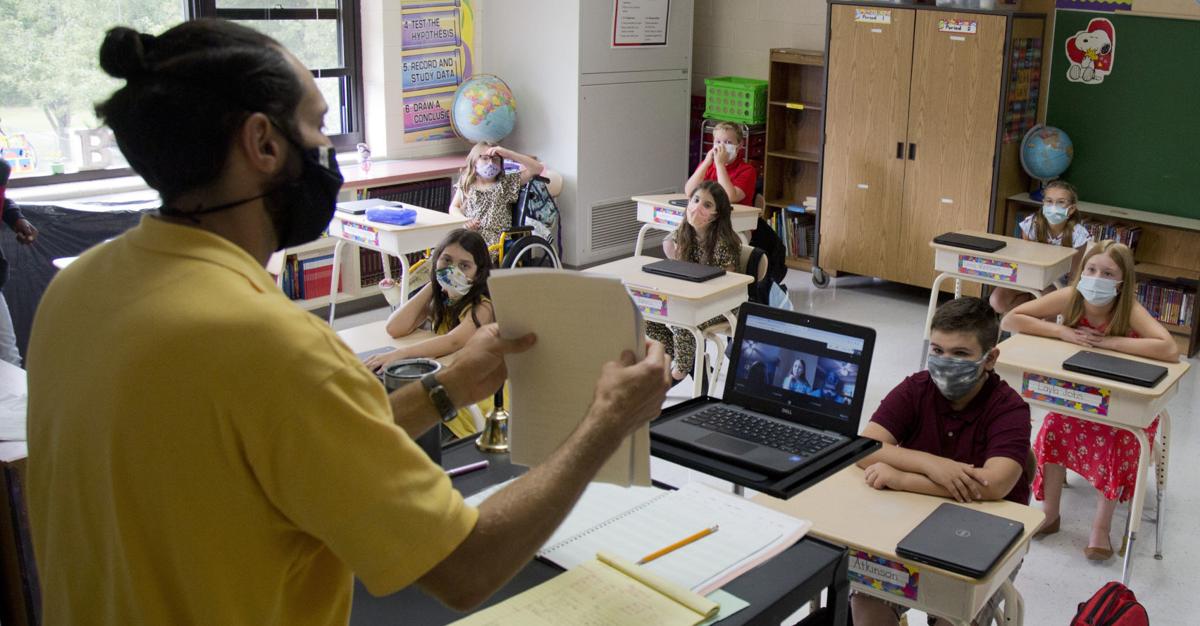 Fourth grade teacher John Yanniello instructs students in his classroom and on his laptop Thursday at Lackawanna Trail Elementary Center. 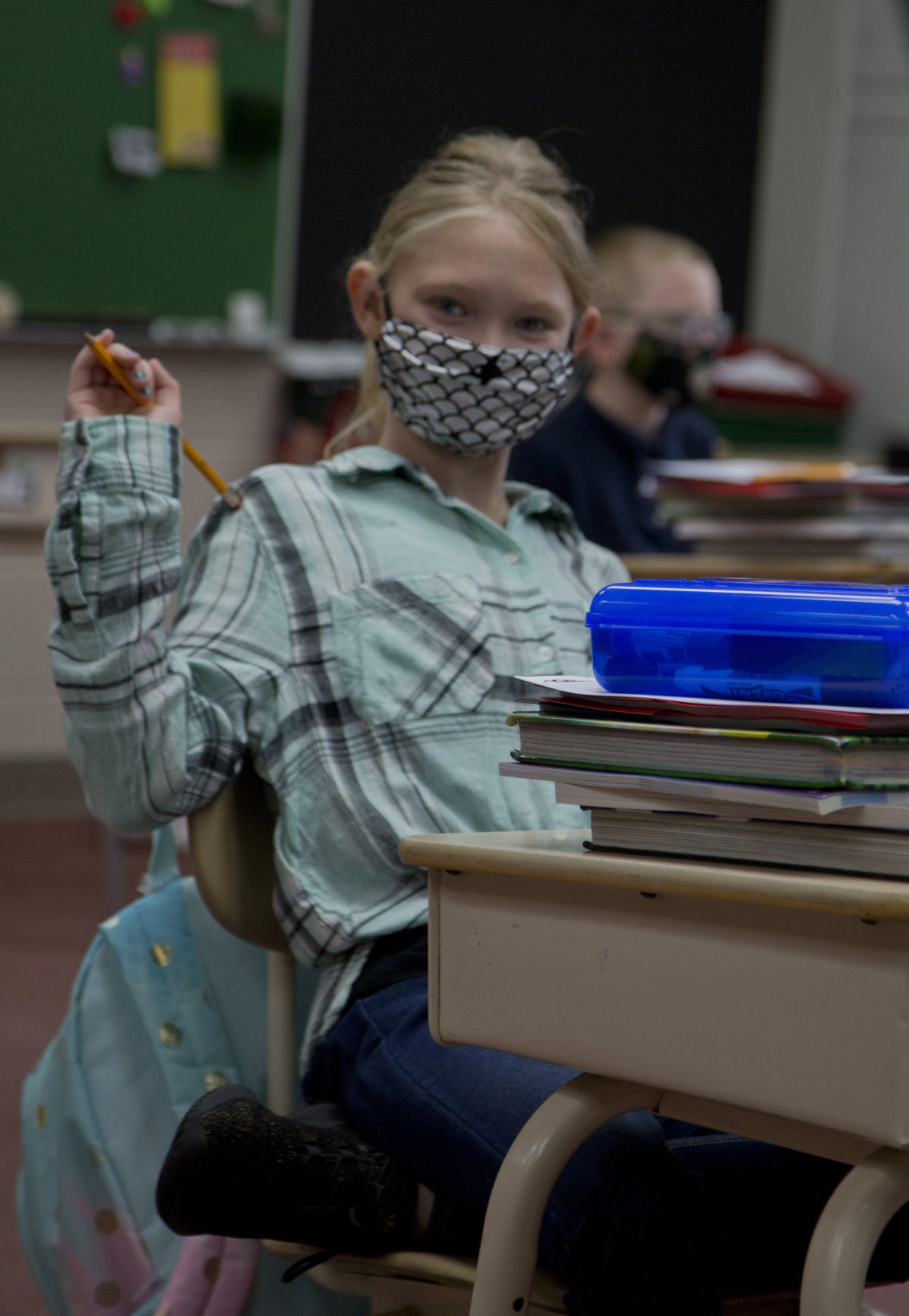 Fourth grade teacher John Yanniello instructs students in his classroom and on his laptop Thursday at Lackawanna Trail Elementary Center.

“Does anybody at home have questions?” Gail Franko asked her sixth grade math students on Friday from her classroom at Lackawanna Trail Elementary Center.

As students sat at their desks spaced 6 feet apart while wearing face masks, others followed along with Franko from home via Google Classroom.

The Lackawanna Trail School District welcomed all students back under a full reopening plan last Thursday, with 20 percent of students opting for an online education instead.

“It’s wonderful to be back. We miss seeing the kids and it was exciting and overwhelming at the same time,” she said. “I’m glad to see the numbers that have returned because you definitely get more of an education in the classroom.”

On Wednesday, the Tunkhannock Area School District also brought students back, but under a hybrid reopening plan. Students in kindergarten through sixth grade returned full time, while seventh grade and up have two days in school and three days online.

“I thought it was an incredibly smooth start,” said Superintendent Heather McPherson. “I think the kids were happy to be back and we were all thrilled to see them.”

Of the district’s 2,158 students, 640 have enrolled in online schooling through Fusion C3. For Fusion students, classes started off slowly with an introduction to the platform rather than jumping into assignments, McPherson said.

Aside from issues with dismissal times at the brick and mortar schools which have been addressed, she said virtual learners experienced technical glitches, but district officials have been working on solutions.

“There’s a lot of learning that’s happening on our end as well,” she said. “We just ask for parents’ patience and understanding.”

Lackawanna Trail Superintendent Matthew Rakauskas also reported a positive start. He said the biggest issue was transportation delays, which has gotten smoother with time. Online learners also experienced some issues, but the network has held up well overall, he added.

“There are always first day hiccups in any year. This year we expected there to be more just because of the incredible amount of change we’re implementing, but in retrospect, I think there are actually fewer,” he said.

For two-county schools like Lackawanna Trail, the state recommends going by the county with a higher transmission risk. Rakauskas acknowledged that with Lackawanna County being considered at moderate risk, a hybrid or virtual start was recommended.

“We know we’ve gone against that recommendation but we’ve done it very carefully. The biggest reason that we thought we were able to do this is because those 200 students aren’t coming back,” he said.

On Friday, Colby Stanton sat in Franko’s class and said that while it’s been an adjustment, he’s glad to be back at school.

“I’m excited to see my friends,” he said. “Virtual school wasn’t the same.”