You have permission to edit this article.
Edit
Home
Customer Service
News
Sports
Obituaries
e-Edition
Calendar
Classifieds
Share This
1 of 3 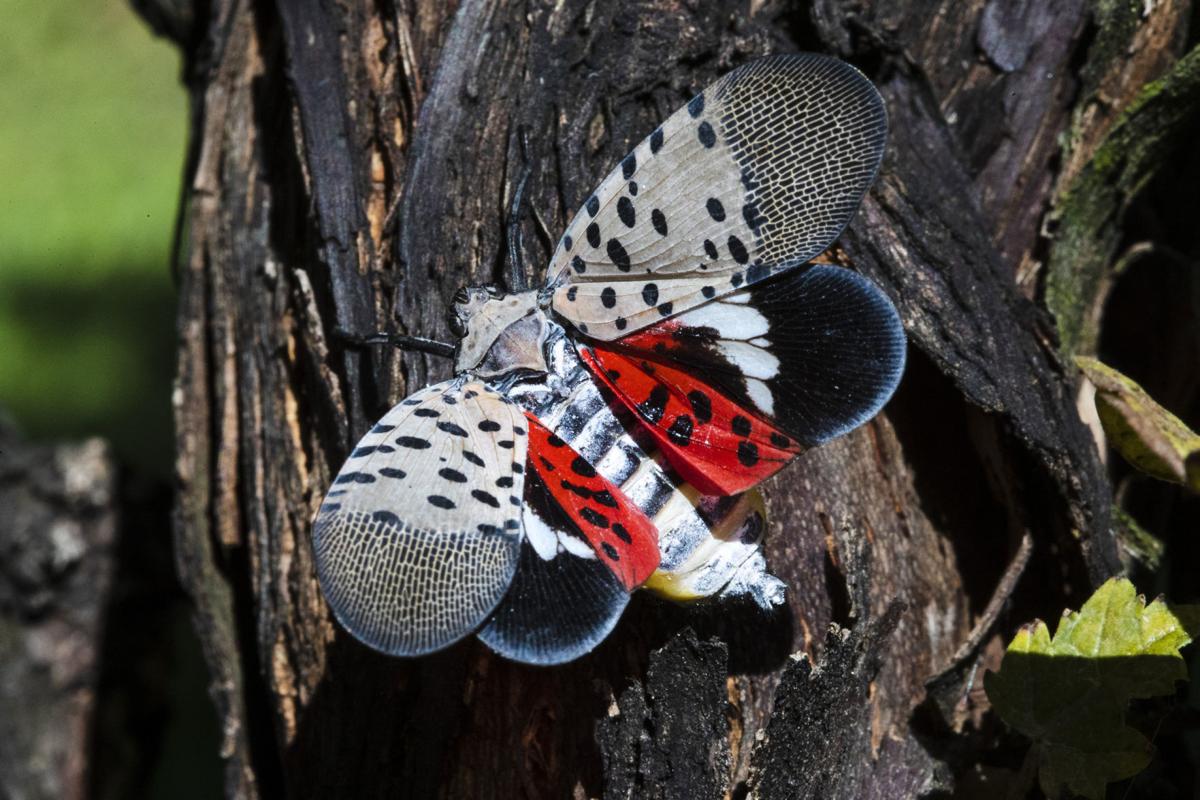 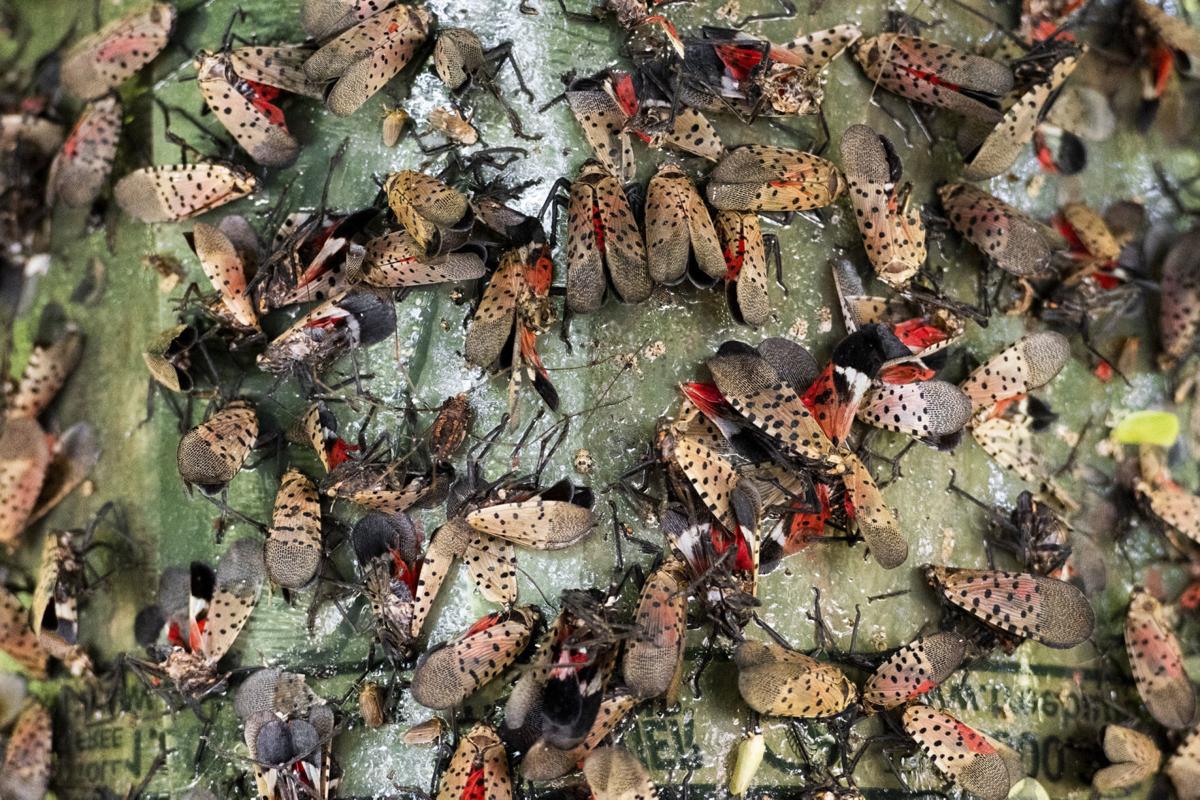 Dozens of spotted laternflies — an unwelcome sight for anyone with a garden. 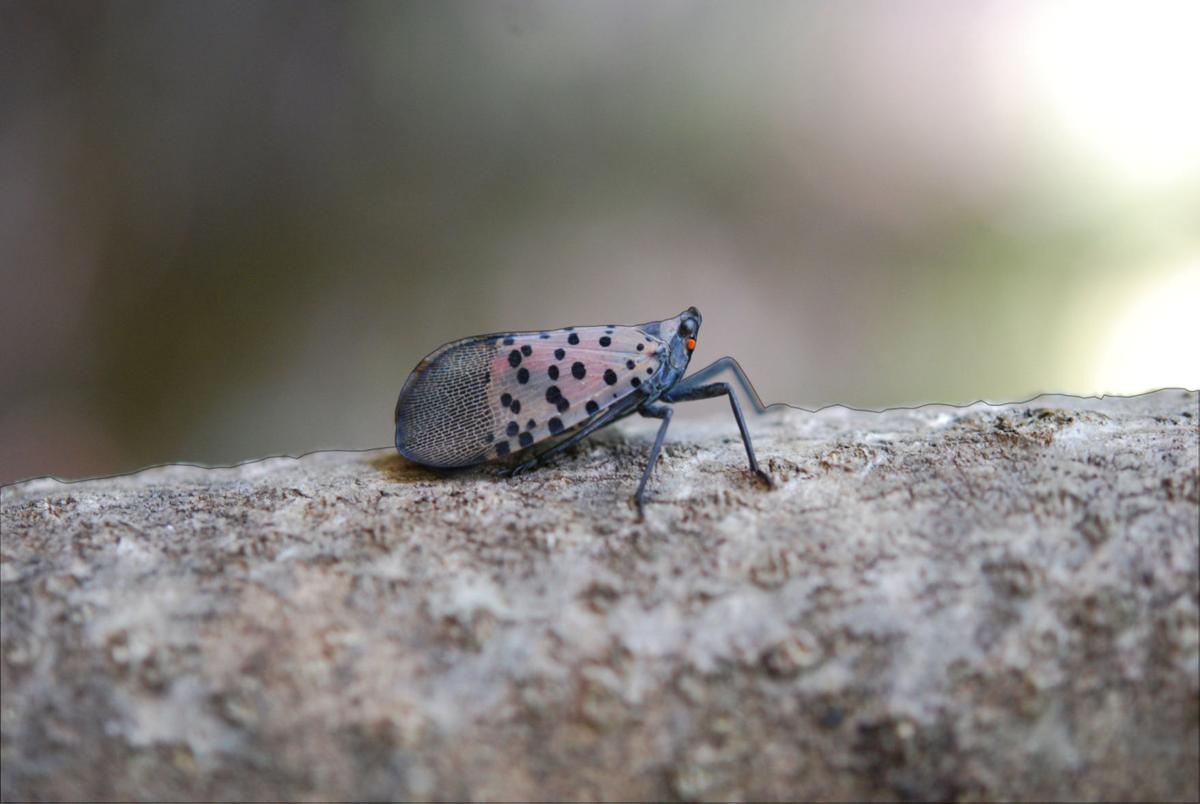 Dozens of spotted laternflies — an unwelcome sight for anyone with a garden.

If you see a big, spotted, winged bug that sucks on plant sap anywhere in your midst, destroy it.

The state Department of Agriculture placed Luzerne County in the quarantine zone for spotted lanternflies in March. The invasive insect from Southeast Asia was first spotted in Berks County in 2014 and since then, officials have been trying to prevent an infestation from moving throughout the state and the country. The bugs are in 26 counties in Pennsylvania, all under state-imposed quarantine from the bugs, and in New Jersey, Maryland, Delaware, Virginia and West Virginia.

Spotted lanternflies could potentially drain Pennsylvania’s economy of at least $324 million annually, according to a study by Penn State economists. The state and federal agriculture departments estimate Pennsylvania can lose $18 billion worth of commodities, including grapes, hops and fruit trees, as well as jobs, if the flies are not controlled, said Shannon Powers, a state spokeswoman.

The creatures, which can grow to about an inch, enjoy sucking sap from woody plants, specifically the tree-of-heaven, an invasive tree, Baer said. In their nymph phase right now, the bugs are black with white spots.

Their excrement, called “honey dew,” has a high sugar content and creates a “sooty mold,” Baer said. That mold covers the grape leaves and affects photosynthesis. The feeding damage stresses the plants, which can lead to decreased health and potentially death, according to Penn State.

Vineyards, particularly in Berks County, have lost 100% of their vines to the bugs, Powers said.

Baer said the sooty mold can also become a nuisance for people because it can cover patios and outdoor furniture, cars and anything else outside.

To kill the bugs, Penn State Master Gardeners recommends placing them in a plastic bag with alcohol.

“You can squash it as well,” she said; the bugs don’t sting or bite and are easy to catch, since they’re not great flyers.

Spotted lanternflies are “hitchhikers” and travel on vehicles. They will lay their eggs anywhere, including rusty metal, in egg masses with 30 to 50 eggs each in the fall, according to the state Department of Agriculture.

Baer recommends people traveling from quarantine zones check over their vehicles when they arrive in an area out of the quarantine zone. Drivers from businesses that travel in and out of quarantine zones are also required to have a permit after participating in training on how to check for the bugs.

“They are a tremendous threat to agriculture and to our hardwood forest ecosystem,” Baer said. “They are doing a lot of damage and their potential to do more is pretty great.”

To report a sighting, contact the state hotline at 1-888-4BADFLY or online at www.agriculture.pa.gov.