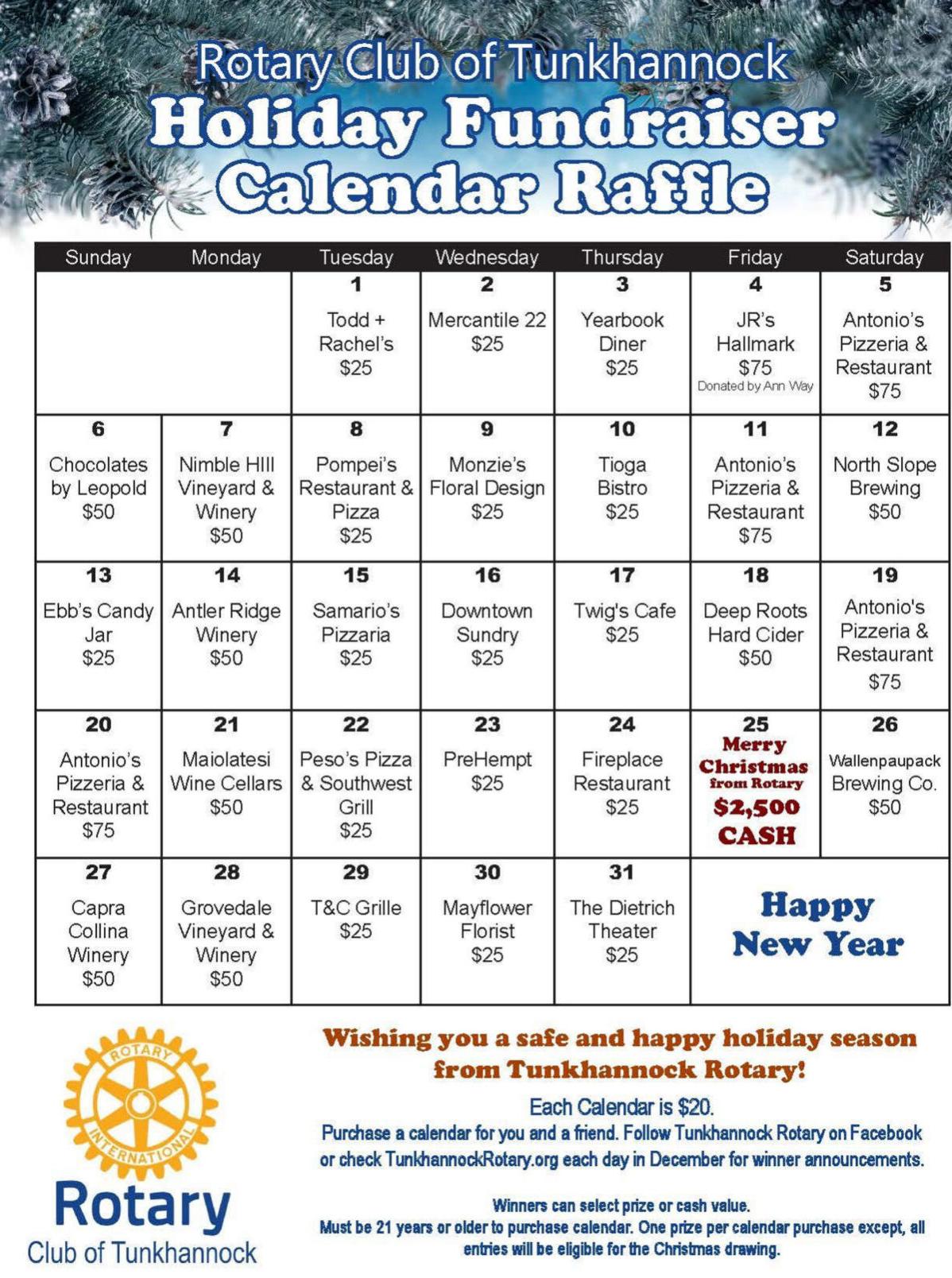 The Tunkhannock Rotary Clun Holiday Calendar shows all of the prizes that people were eligible to win throughout the month of December. 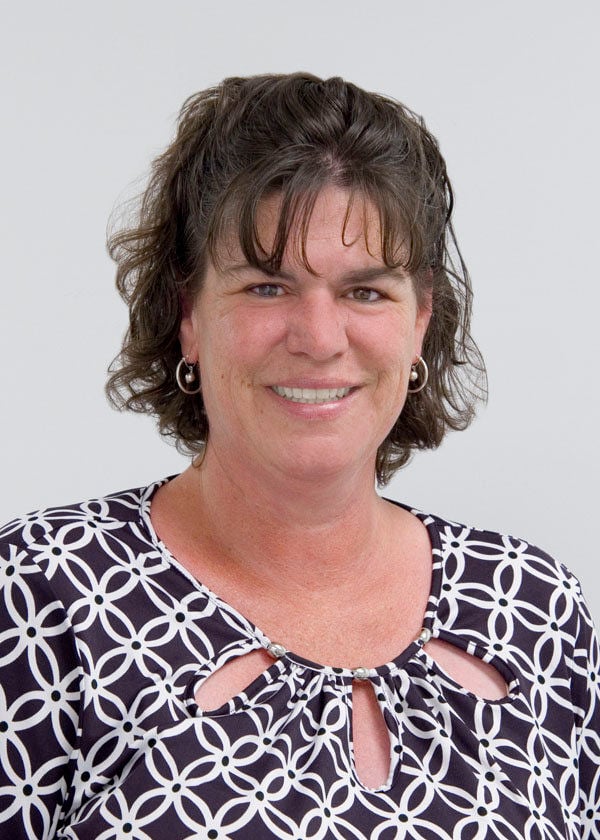 Because of the COVID-19 pandemic, the Tunkhannock Rotary Club has had to cancel most of its 2020 fundraisers, including a very popular annual Harvest and Wine Festival which draws an extra large crowd of people numbering in the thousands.

Tunkhannock Rotary Club President Terri Detrick said that the loss of the Wine festival was huge, but not enough to completely derail the Rotary Club’s events.

“The Rotary Club got together virtually and decided that we would do a fundraiser over the holidays and try to get all of the area businesses involved,” Detrick said. “I’d say we came up with a good idea.”

The Rotary Club for the month of December decided to do a holiday calendar raffle where a different prize would be raffled off each day from Dec. 1 to 31. Prizes included gift cards to local stores, restaurants and wineries and a $2,500 cash prize that would be rewarded to the winner on Christmas Day. Detrick said the response to the fundraiser exceeded her expectations.

“The fundraiser was very successful,” she said. “The community really came out and showed support for these businesses. We sold a lot more chances than I thought we were going to.”

Detrick said that the Rotary Club members have connections to the local restaurants and stores, and thought it could be great publicity for these places as well.

“All of the prizes were donated,” Detrick said. “Some of these businesses are owned by Rotary Club members so they were easy to get, but even the businesses that aren’t owned by members were extremely helpful.”

The calendars were sold for $20 each, and people were allowed to buy multiple to increase their chances of winning. The winners were also able to accept their prize in cash rather than gift cards if they chose to do so.

As the Tunkhannock Rotary Club looks ahead to 2021, it is hoping that it will be able to get back to its normal slate of fundraisers, but everything is being taken day-by-day.

“The club is still in the planning stages for next year,” Detrick said. “We have to wait until the pandemic is over to gather all together again, but we are going to continue to support the community in any way that we could.”

One thing the club is going to be doing at the start of 2021 is a PR campaign to thank all of the area’s essential workers.

“People are going to see posters all around town thanking all of the doctors, nurses, police officers, firefighters, and grocery store workers to show how much we appreciate them.” Detrick said. “We will also send out the message of continued mask wearing and social distancing to go along with this campaign.”

The posters thanking essential workers will start to be put around town in early 2021.