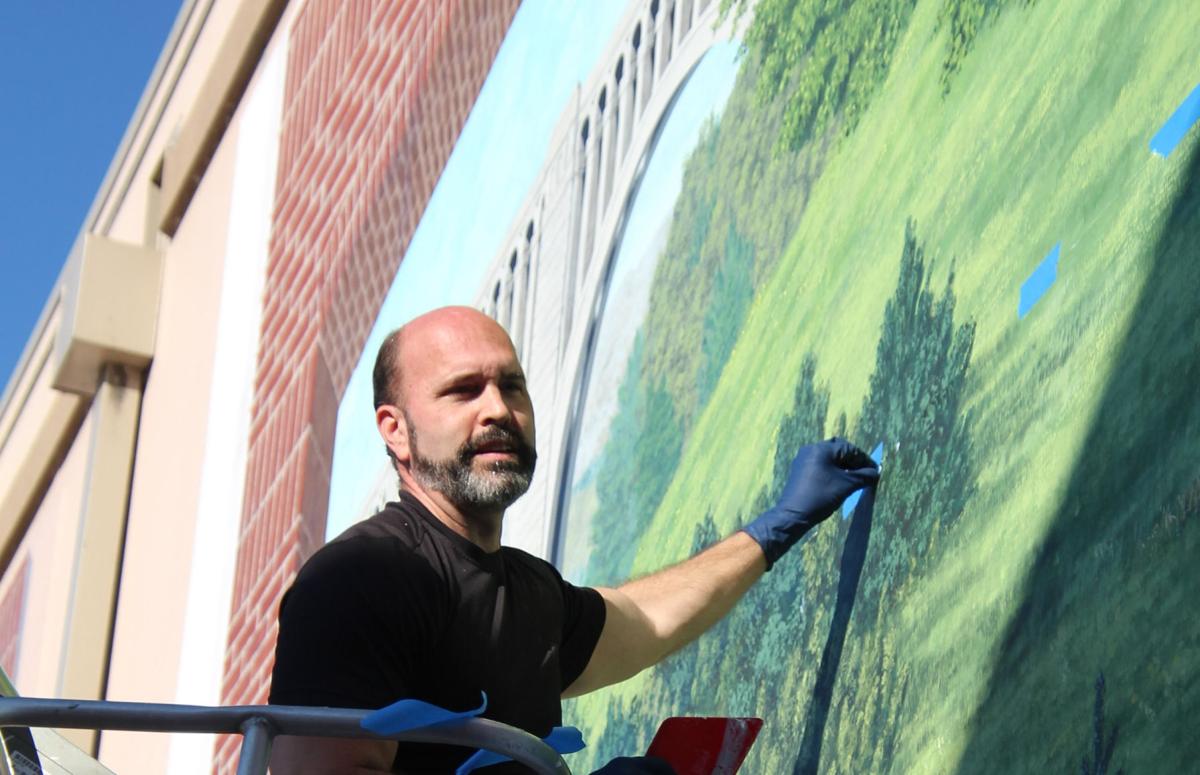 Artist Bob Lizza is putting the finishing touches on a mural on the back side of the Dietrich Theater in Tunkhannock, Tuesday morning. The current effort is expected to wrap up Wednesday. 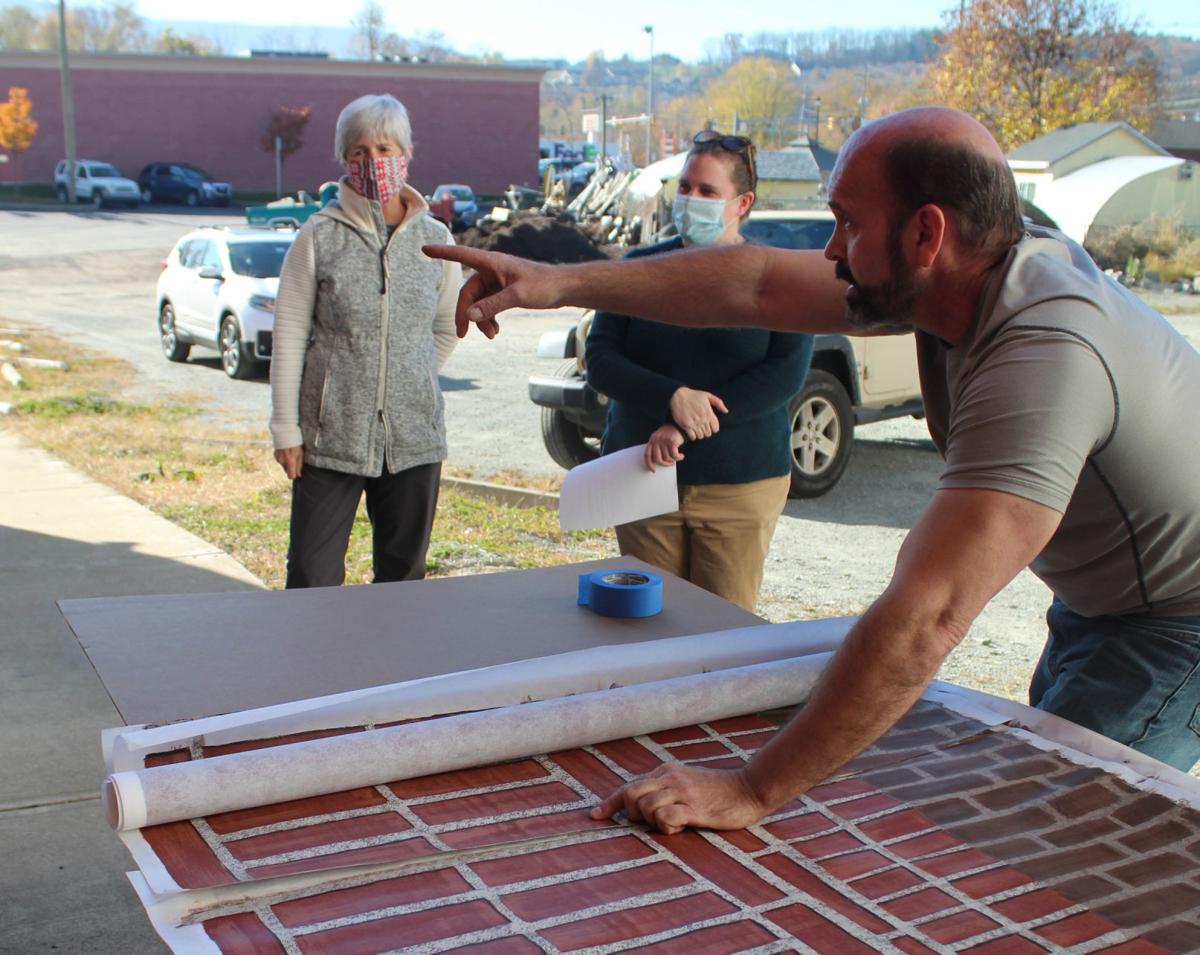 While Kathy Keefe and Erica Rogler look on, artist Bob Lizza measures out a panel on Monday.

Artist Bob Lizza is putting the finishing touches on a mural on the back side of the Dietrich Theater in Tunkhannock, Tuesday morning. The current effort is expected to wrap up Wednesday.

While Kathy Keefe and Erica Rogler look on, artist Bob Lizza measures out a panel on Monday.

The second part of a historic mural is on display at the Dietrich Theater in Tunkhannock.

Artist Bob Lizza started Monday and will be putting the finishing touches on a 23-by-24-foot monstrosity.

“The wall behind the building is such a big space,” Lizza said. “It was too empty looking and a couple years ago, the Dietrich came to me and said if I wanted to paint a mural on the back of the theater, and I thought that was an awesome opportunity.”

Dietrich Executive Director Erica Rogler said that this project has been in the making for seven years, when former executive board member Penny Davis, suggested the idea of painting a mural.

“We thought this was a great way to showcase our history and to tell Wyoming County’s story,” Rogler said. In 2013, “We talked about how we could really get this going. We were able to get grants from the Endless Mountains Heritage Region.”

The backdrop for the mural, is one of Wyoming County’s most photographed scenes, the Tunkhannock Creek Viaduct, known by many as the Nicholson Bridge.

Lizza said he got the idea to use the Nicholson Bridge for the mural from a 1920’s postcard, and got to work painting in his studio. He installed the first part of the mural in 2019, and painted the second part this year. He has a story of something ironic that happened both years while he was painting.

“I started painting the mural in March both years,” Lizza said. “And I finished the exact same day both years, Oct. 29, which happens to be my birthday. It was not planned either time, but let me tell you it’s a freaky coincidence.”

The style of painting that Lizza used to make the mural is called “trompe l’oeil” or trick of the eye, a style he used to make it look something you can walk right into the scene and be in the painting. He painted brickwork that matches the brick on the original portion of the Dietrich and bluestone stairs that mimic those of the Wyoming County Historical Society.

“Bob has exceeded our expectations in putting this project together,” Rogler said. “We thought the building was dying to tell a story, it’s located right at the heart of Wyoming County, where Route 6 meets Route 29, we thought this was an idyllic place to tell Wyoming County’s history.”

“The Dietrich Theater has been a long time partner of ours, and is a great place to put the highlights of our history,” Cain Chamberlain of the Endless Mountains Heritage Region said. “I think that it adds a lot of character and visual appeal to the building.

Even when the second panel is completely up, Lizza’s work will not be finished.

A third panel will go up on the Bridge Street side of the theater, sometime in 2021. What is going to be the subject of that mural is still yet to be determined.

“We will be meeting fairly soon to discuss what we want the third part of the project to be,” Rogler said. “We are still going to try and keep the theme of our county’s history, because that is something that we want to show off.”

Whatever is decided to go onto the third panel, Lizza will be up to the challenge of painting it.

“I’ve been painting my whole life,” Lizza said. “I started drawing in second grade, then I went to painting, and this is the biggest project that I’ve ever done. I’ve had a lot of fun doing it.”