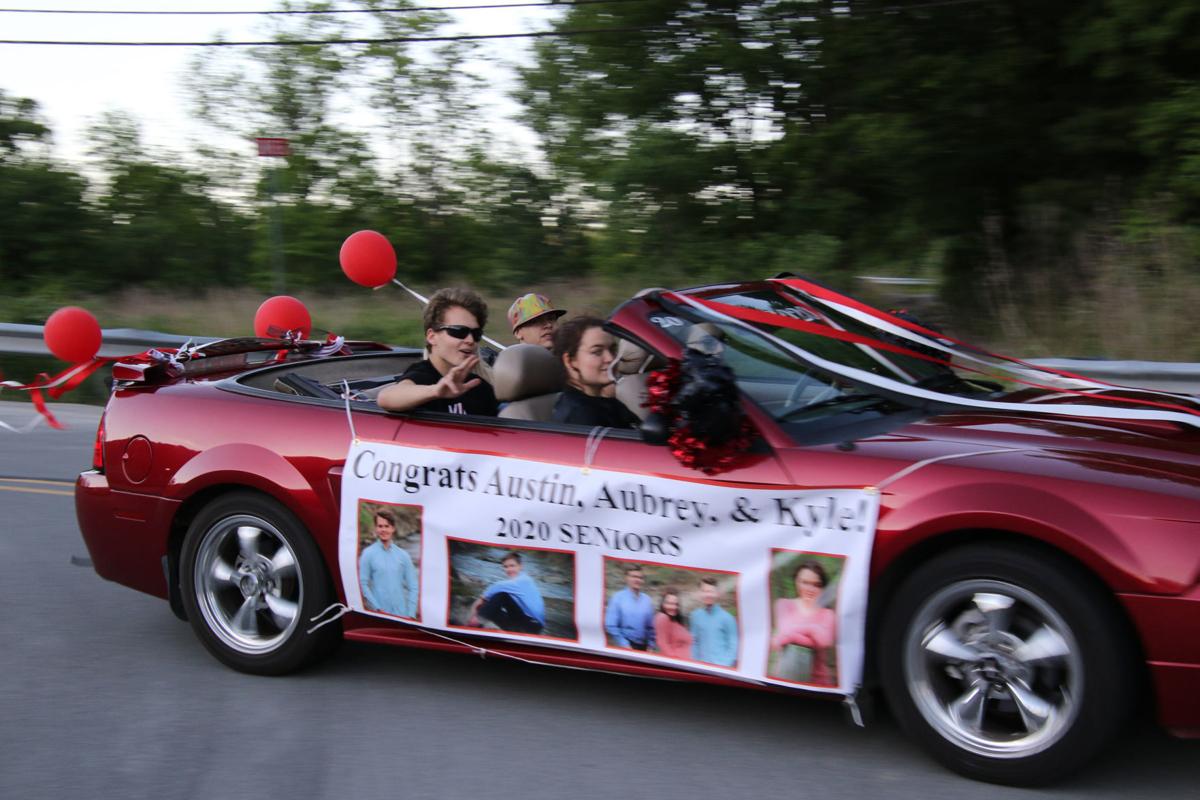 Kyle, Austin and Aubrey Sanko drive through the community parade together on Lackawanna Trail’s class night. They are the class’ only triplets. 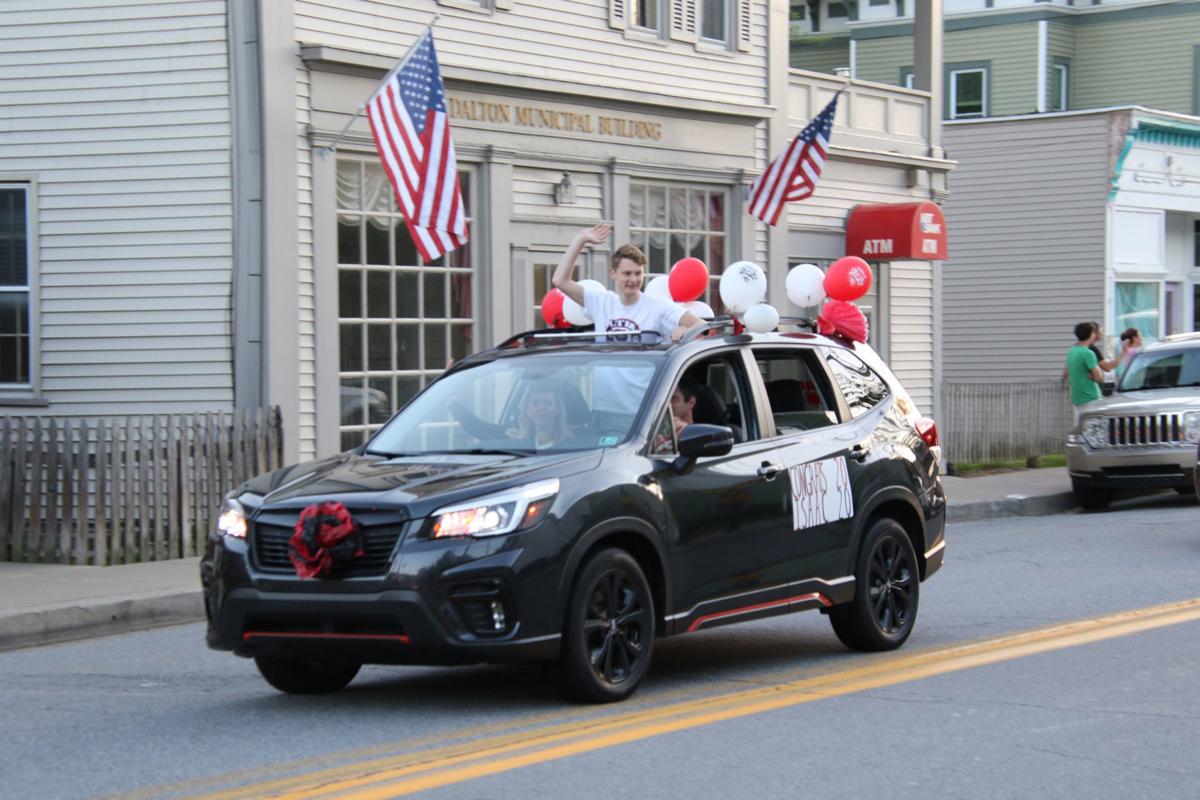 Isaac Vierling and his parents parade through Dalton. 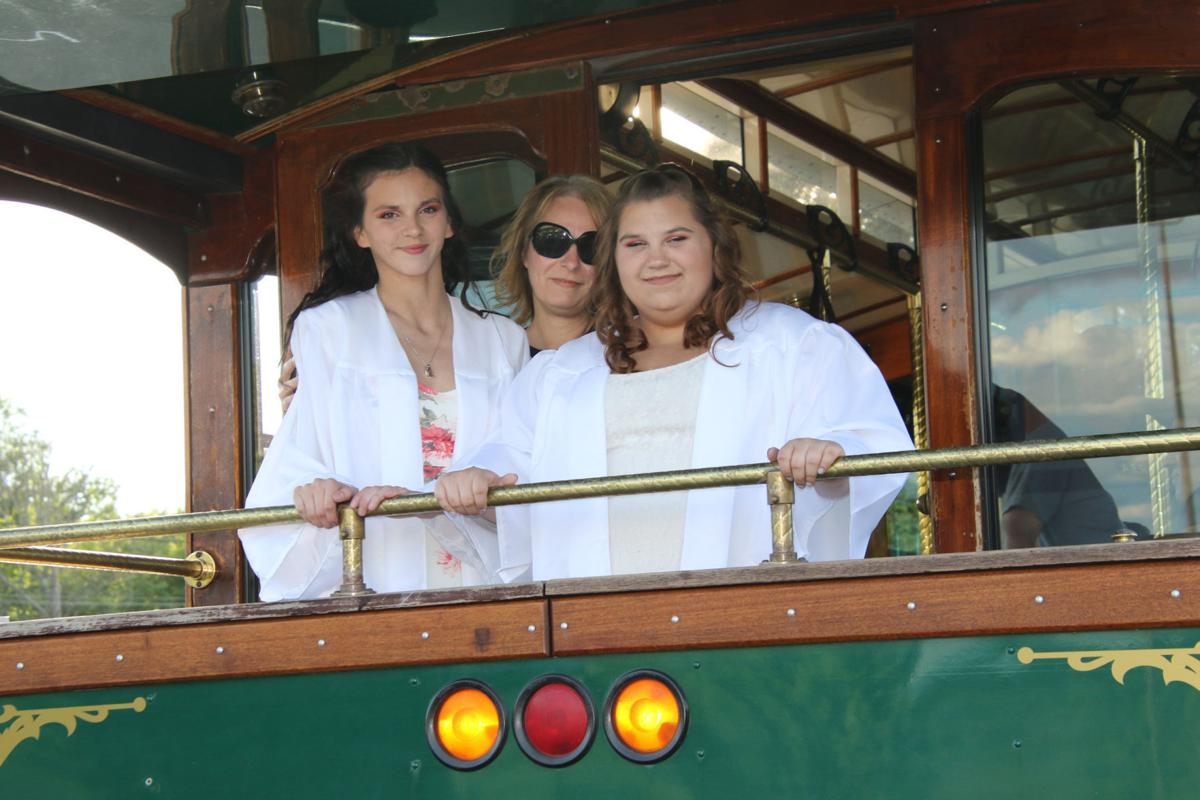 A Lackawanna Trail family rides in the back of a trolley during the class night parade. 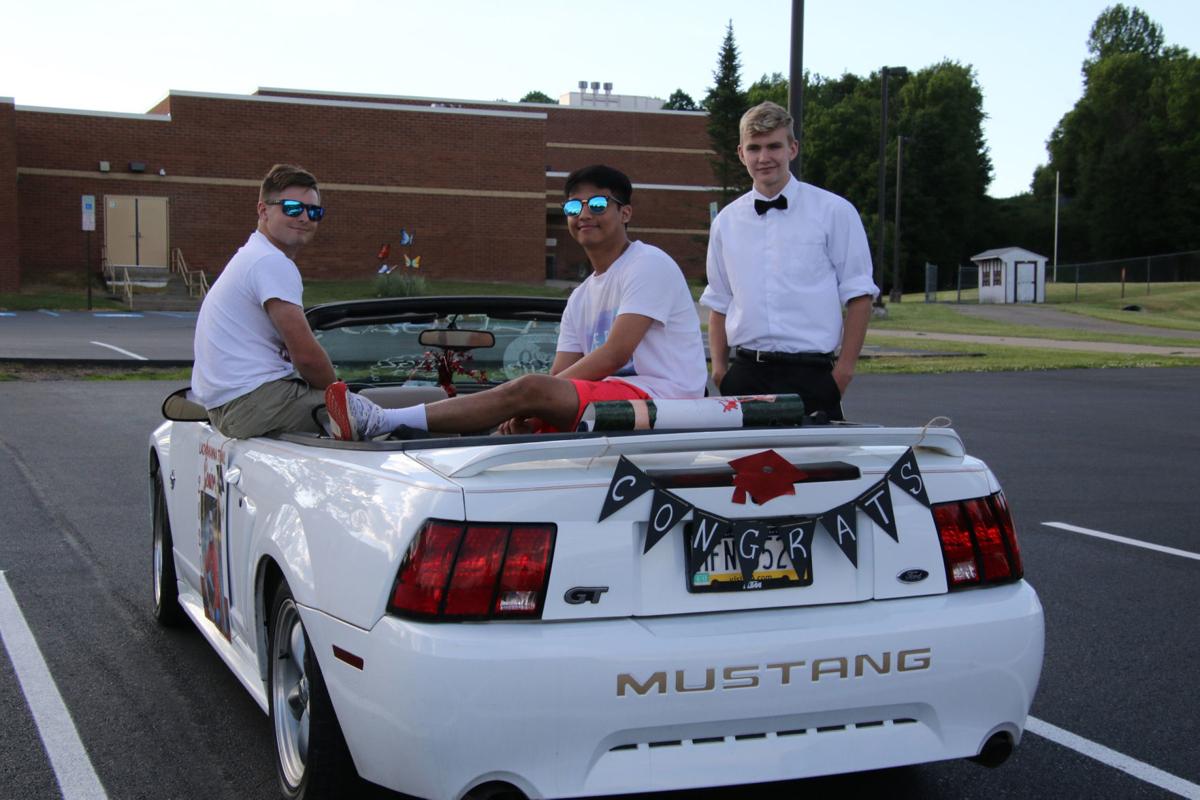 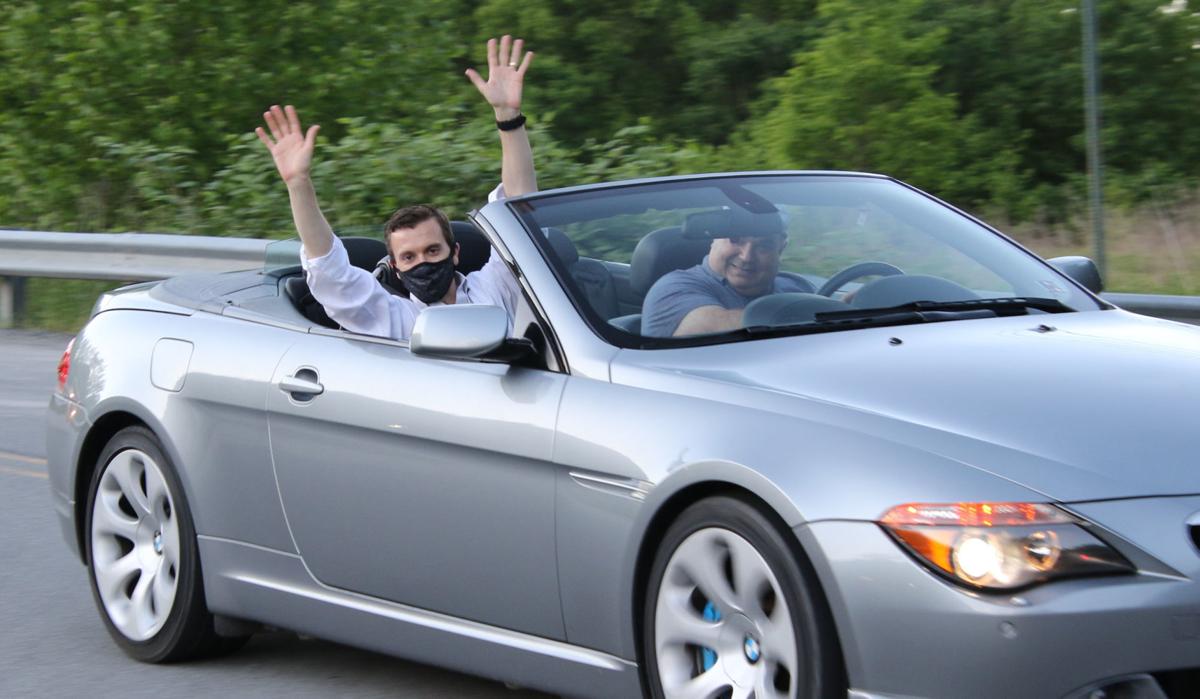 Principal Mark Murphy rides with Kevin Mulhern, a member of the Lackawanna Trail School Board, during the class night parade. 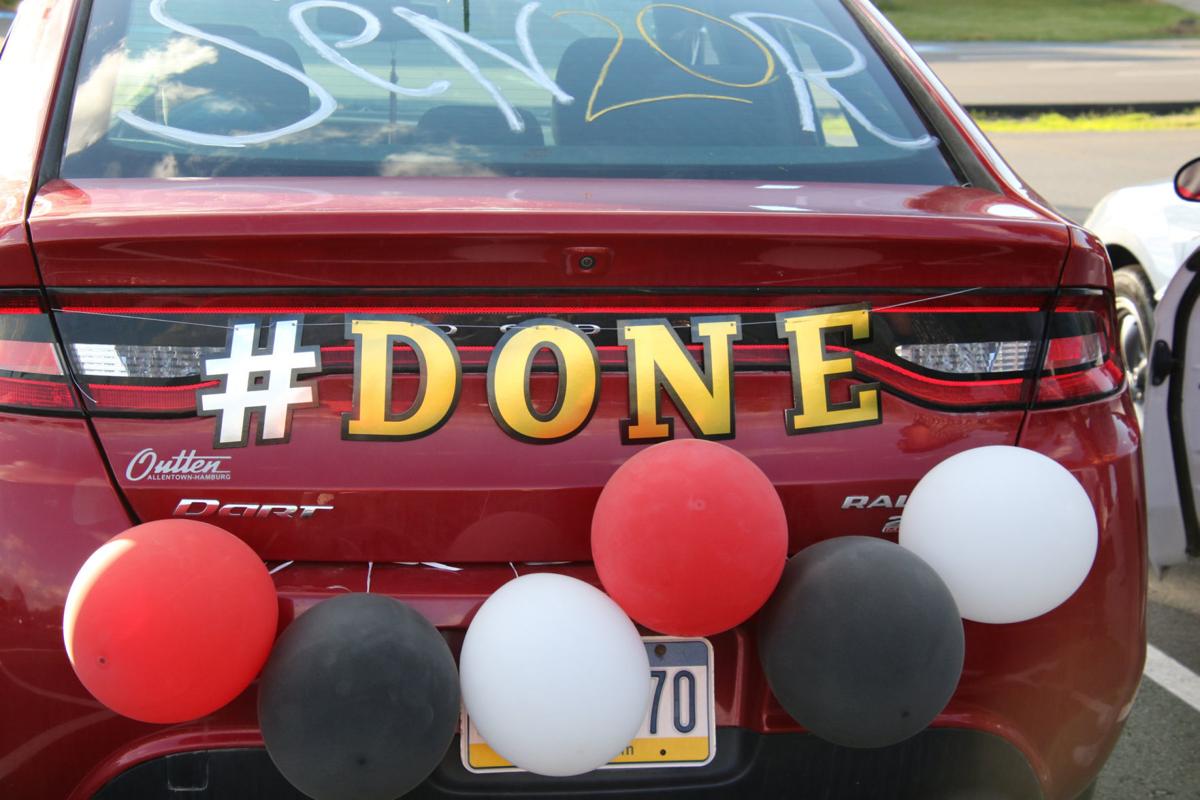 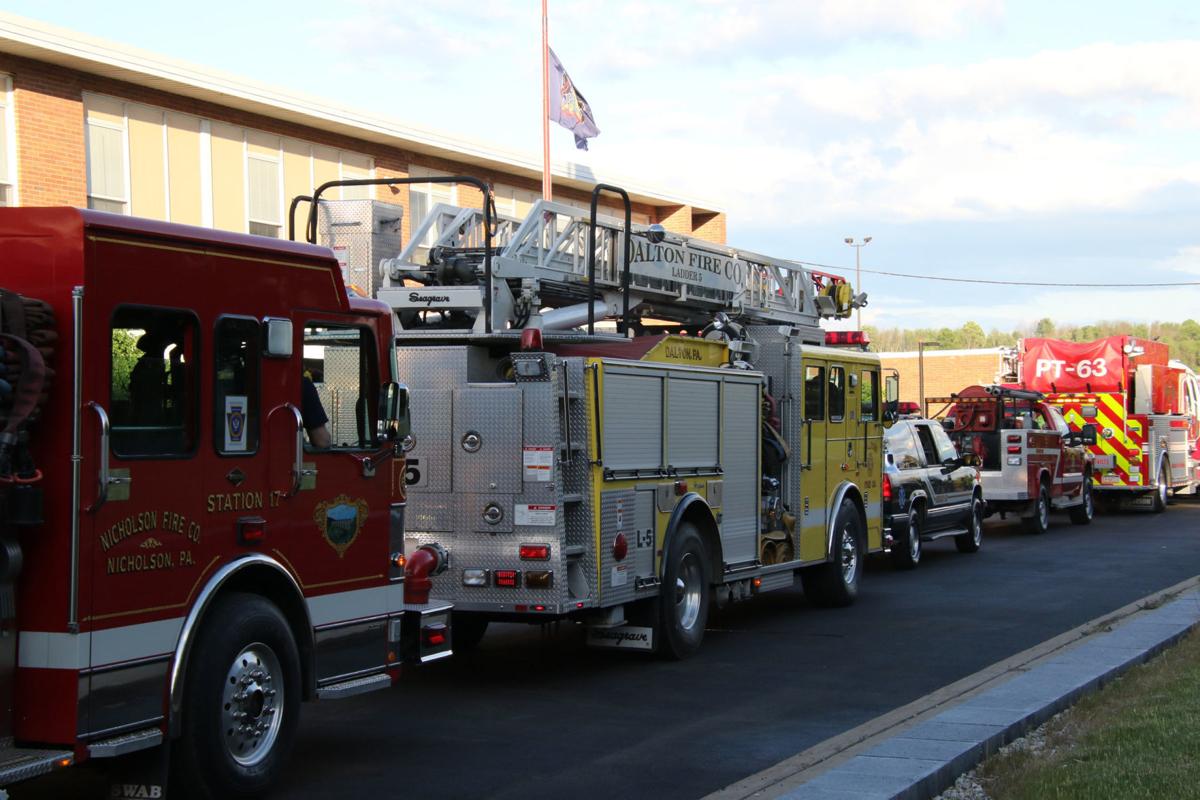 Kyle, Austin and Aubrey Sanko drive through the community parade together on Lackawanna Trail’s class night. They are the class’ only triplets.

Isaac Vierling and his parents parade through Dalton.

A Lackawanna Trail family rides in the back of a trolley during the class night parade.

Principal Mark Murphy rides with Kevin Mulhern, a member of the Lackawanna Trail School Board, during the class night parade.

This year, Lackawanna Trail seniors expected to reflect on their four years of high school during their class night, just like the students before them.

With the COVID-19 pandemic, class night was just one of many parts of this school year that didn’t go according to plan.

Principal Mark Murphy said no matter what, the Lackawanna Trail administration wanted to acknowledge the graduating seniors and give them an opportunity to walk down memory lane before graduation.

“We owed it to the seniors and the community to do everything we could to showcase the graduates in the best possible light,” he said.

So, Lackawanna Trail took class night online. On Friday, students and their families tuned in to a pre-recorded ceremony on YouTube, complete with award and scholarship announcements, senior plans and this year’s senior class video.

Afterward, they gathered for a community parade with local first responders, staying in their own vehicles for social distancing.

“I thought it was a really good way to get everyone together considering the circumstances,” said senior Willow Burnell.

Burnell has been a Lackawanna Trail student since kindergarten and plans to study early childhood education while playing field hockey at DeSales University this fall.

Riding through neighborhoods of the school district with her mother and stepfather in an antique convertible wasn’t the class night she imagined. It meant a lot to her that the administration put in an effort to make the night special for the class of 2020.

Seeing teachers and people in the community watch the parade made it even more meaningful.

“It just meant a lot and showed how much the teachers and the staff truly care,” Burnell said.

Senior Nico Berrios, another Lion since kindergarten, rode in the passenger seat of his friend Kilar Wallace’s Jeep during the parade.

After graduation, he’ll move on to the U.S. Coast Guard Academy Scholars Program. Berrios thanked Lackawanna Trail for providing memories that will stay with him through life.

“It was just really nice because we were really bummed about not having a normal graduation, obviously not having a prom this year, and we missed out on spring sports,” he said. “It was really nice for the Trail staff for setting that up for us and we’ll never forget that.”

Each year, Murphy said he sees class night as the “warm up to graduation.” It’s less formal than graduation and has its own special components, giving the senior class another chance to bond over their journey through Lackawanna Trail.

The goal is to hold an outdoor graduation ceremony at Trail’s football stadium on the evening of June 26, depending on the weather.