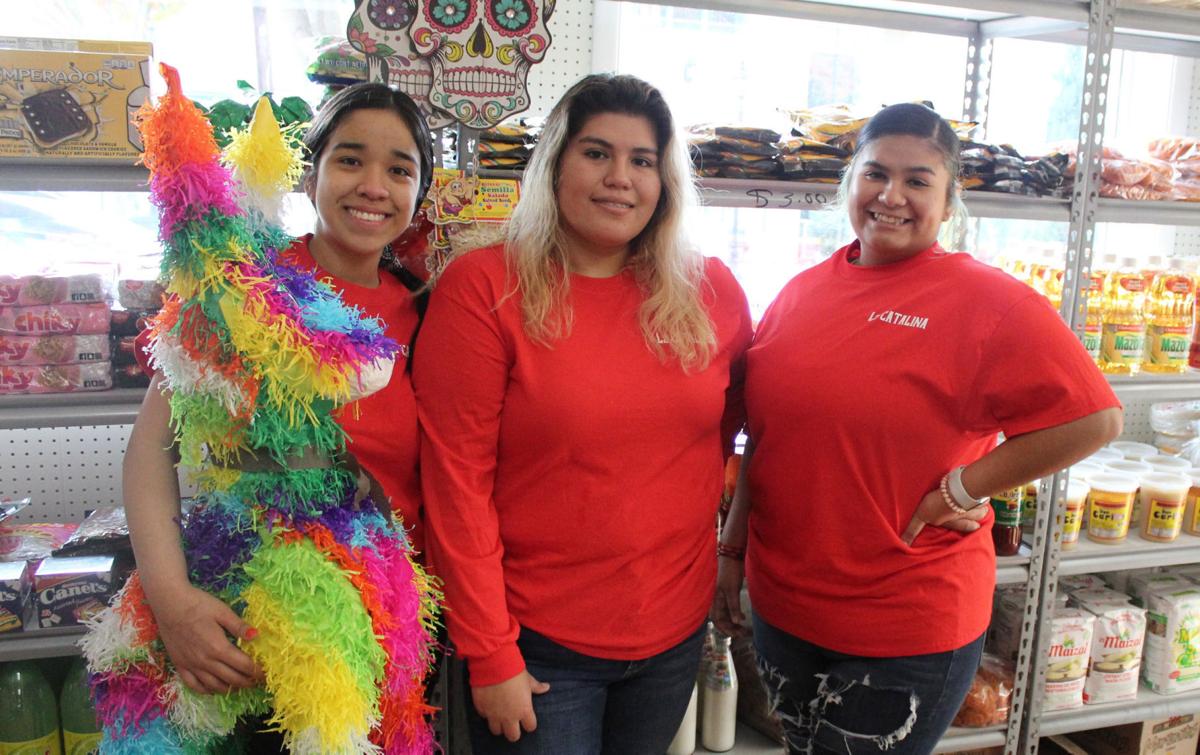 Ready to serve you at LaCatalina Eatery and Store at 55 East Tioga Street in Tunkhannock are, from left, Emely Sosa, Carla Lopez and Samantha Perez. 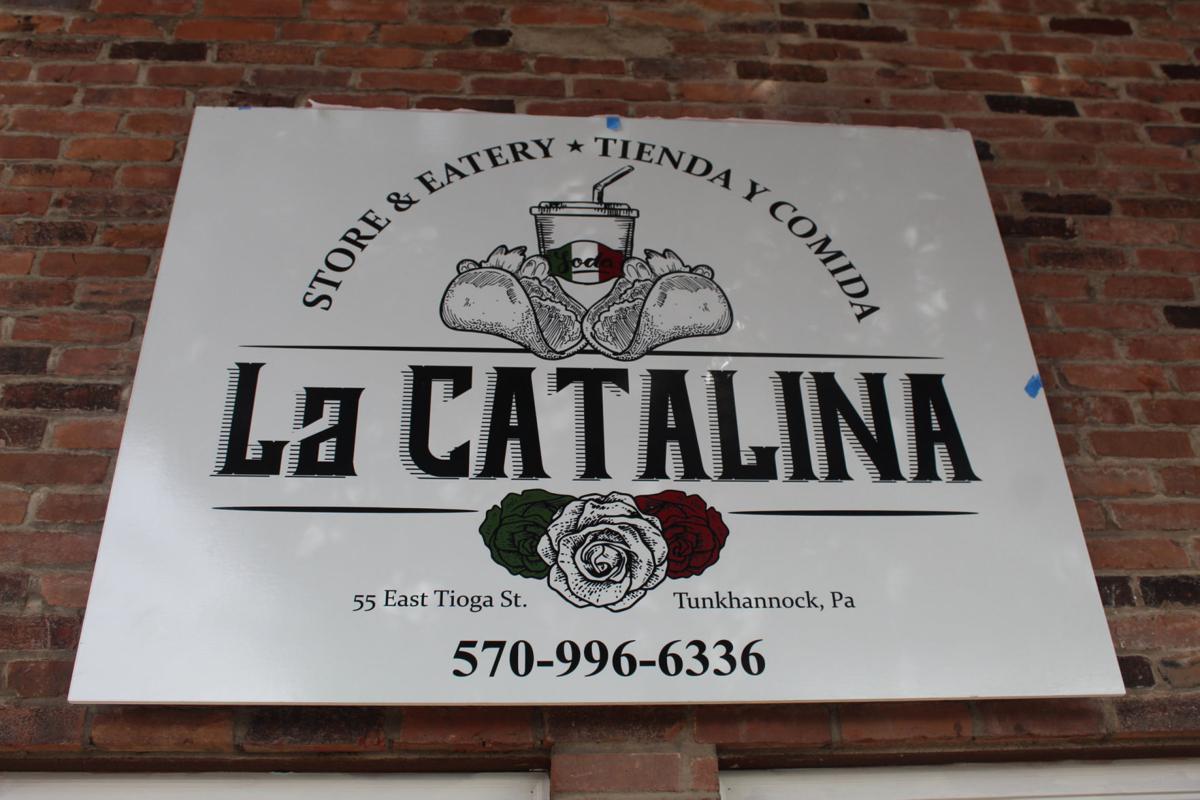 The new sign at the site of the former Downtown Deli.

Ready to serve you at LaCatalina Eatery and Store at 55 East Tioga Street in Tunkhannock are, from left, Emely Sosa, Carla Lopez and Samantha Perez.

The new sign at the site of the former Downtown Deli.

If you have been craving authentic Mexican food, LaCatalina Store and Eatery opens today at 55 East Tioga Street in Tunkhannock where Downtown Deli once stood and serves such favorites as tacos, burritos, quesadillas, tortas, and nayudas.

Owners Carla and Macario Lopez of Meshoppen says that opening a restaurant is something that they have wanted to do for a little while now.

“We just wanted to venture out and see where the world would take us,” Macario said. “Owning a store and restaurant has always been a dream of ours, and we’re really excited to finally be able to open up.”

While some might find it unusual for a restaurant to get started now, as the COVID-19 pandemic has been hard on the restaurant industry in Pennsylvania and all over the globe, with restaurants in the state only being allowed to operate at 50 percent capacity and no bar service being allowed either.

Carla said she is up to the challenge and thinks a new restaurant like this can succeed even in the middle of a pandemic.

Another reason, Macario wanted to open a restaurant like this is because of the growing Hispanic population in Wyoming County and all over Pennsylvania.

“Since the Hispanic community is growing, there’s a want for more places like our restaurant,” Macario said. “Most of us have had to drive to Scranton and Wilkes Barre for authentic Mexican food and stores. This will be an option a lot closer to home for a lot of people.”

At the moment there is no taco salad, but a nayuda more than fits the bill with a large tortilla topped with black beans, Mexican chees, lettuce, tomato, onion, avocado and choice of meat.

Although LaCatalina does not presently have nachos, Carla said that could change.

LaCatalina Eatery does feature weekend specials such as tamales and pozole (a Mexican cuisine with hominy and pork) and menudo (a Mexican soup with chili pepper and tripe) along with its regular everyday menu.

Hispanic sodas known as Jarritos, come in flavors such as fruit punch, tamarind, mandarin and other different varieties.

Mexican hot chocolate, coffee and atoles can also be found on the menu.