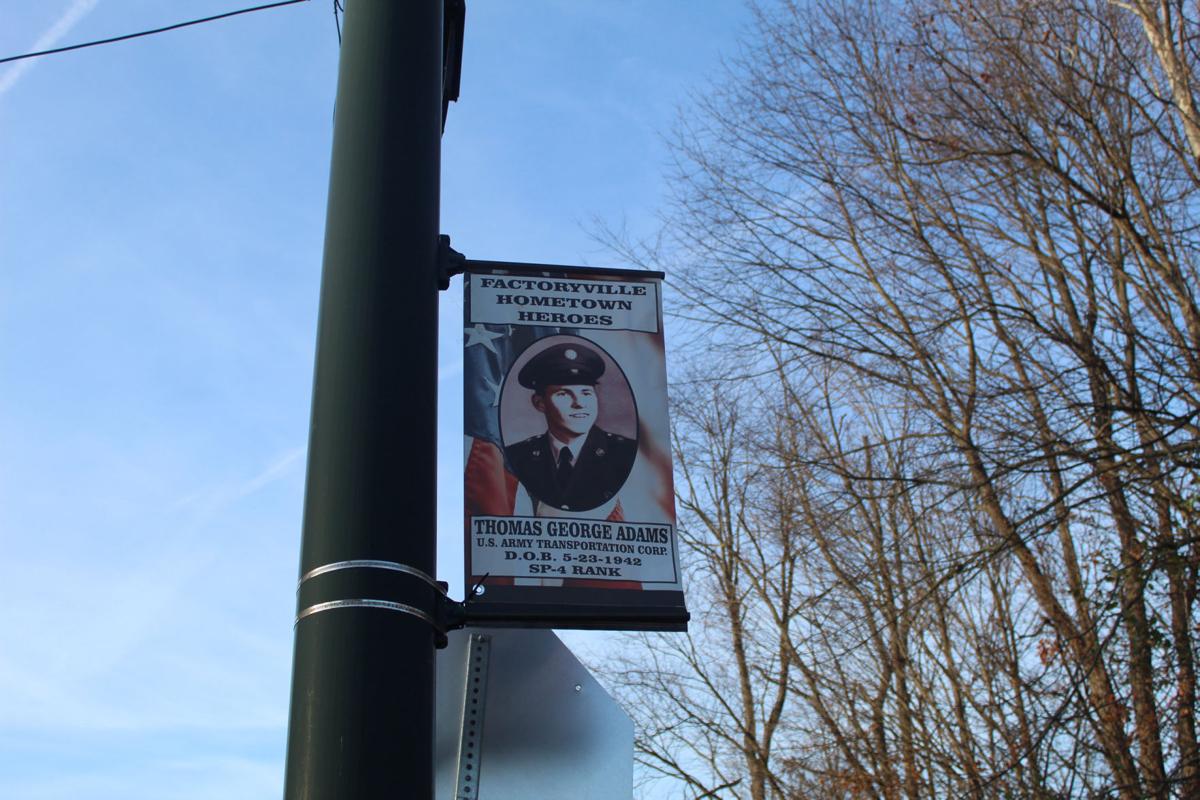 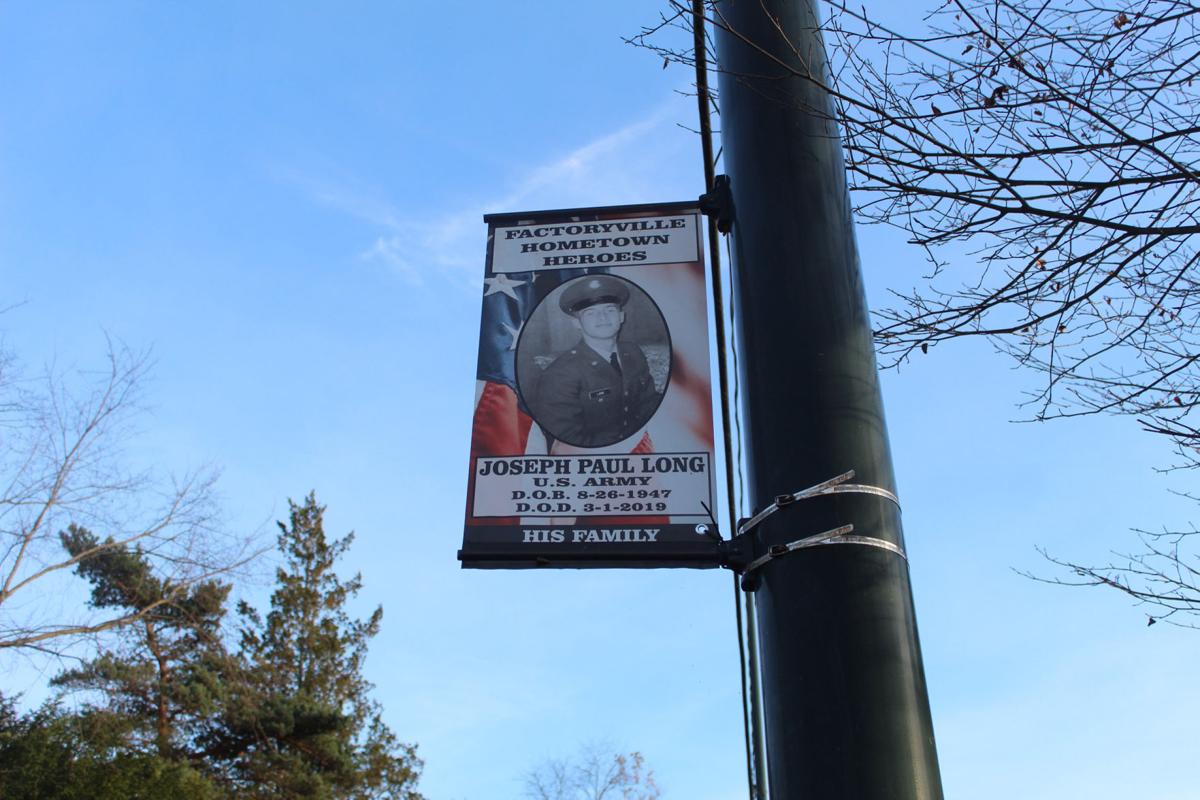 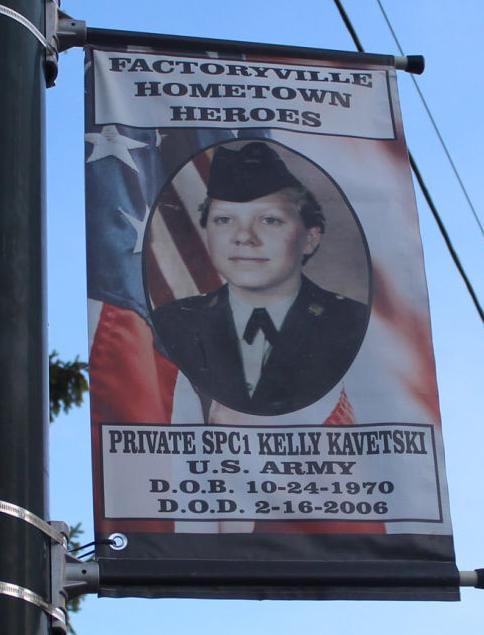 While the nation pauses to honor veterans on Nov. 11, Factoryville like other area communities has found a special way to honor those who have served.

The borough places banners on telephone poles lining the streets with pictures of service members, their date of birth, and what branch and time of service in the military.

“I wanted to find a unique way that we could honor our veterans,” Yunko said. “Our veterans, especially our Vietnam War vets, used to be treated rotten. Right now our vets are treated better than they used to be, but we still have a little ways to go.”

The idea for the banners started when Vietnam War veteran Jimmy Hess of Factoryville, asked Yunko about why Factoryville did not have anything on display for the veterans. He then did some research as to what it would take to bring the banners to the borough.

Yunko then brought up the idea at a borough council meeting, who were all on board with the idea. The cost for each banner was $120, but Yunko said that various citizens and organizations contributed to bring the cost down.

“The Factoryville Men’s Civics Club, Factoryville Rotary Club, and Factoryville Sportsmans’ Club all gave us donations,” Yunko said. “With their donations, we were able to knock the price down to $50 per banner, which is a significant decrease that made me proud of the community.”

There are 30 banners hanging all throughout the borough. The banners can be found on College Avenue, Church Street and Riverside Drive. You can find veterans honored from World War II, the Korean War, Vietnam War, Gulf War, and as recently as the War on Terror.

Yunko said that one of the best parts of putting this project together was learning of the history that family members provided.

“The farthest we go back is World War II, we were looking if we could find any World War I veterans, but we couldn’t find any,” Yunko said. “What I’m most proud of is that we have every branch represented: Army, Navy, Air Force, Coast Guard, and Marines. We also have three women who are honored, which I think is great.”

“The banners are going to be coming down shortly after Veterans Day, we want to keep them up, but we also want them to last,” Yunko said. “If you go to other cities, you can see their banners turning white and discolored, that’s because they are left up all year, which can cause some damage to the banners.”

Yunko says there’s no possible thing that we can do to thank our servicemen and women enough, but recognizing them is something that everyone should do, especially around Veterans Day.

“The people around here respect our veterans and respect our soldiers,” Yunko said. “I tell my grandsons’ that every time they see a service member to thank them for their service. This is one way of showing them that we’re thankful for what they’ve done. A lot of these people gave up years of their life to serve our country, and we have to thank them for that.”