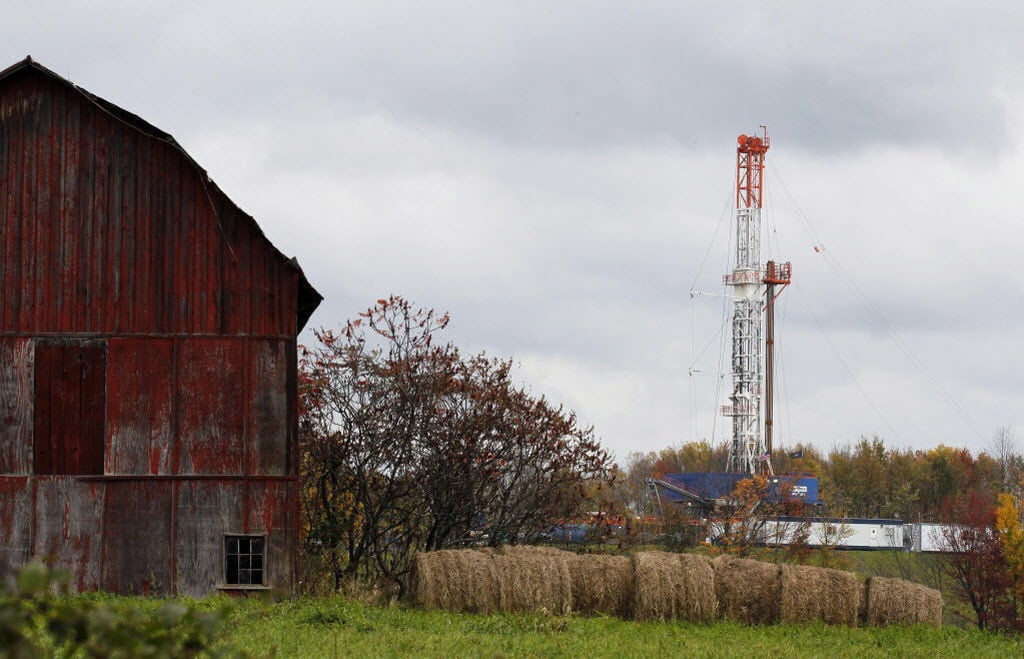 A statewide grand jury slammed the state Department of Environmental Protection and other regulators for failing to protect the public from the health and environmental impact of the natural gas drilling industry.

In a 243-page report, the panel hammered DEP for what it deemed a systemic failure to investigate complaints relating to hydraulic fracturing. It also faulted other government offices for losing sight of their responsibilities.

Hydraulic fracturing, or fracking, is a process that uses high pressure to inject a large volume of water, chemicals and sand into the Marcellus Shale, causing it to crack and release natural gas. It has long been a source of controversy as debate rages over its environmental and health impact.

“We believe that our government often ignored the cost to the environment and to the health and safety of the citizens of the commonwealth in a rush to reap the benefit of this industry,” the report says.

Attorney General Josh Shapiro released the grand jury report at a press conference Thursday afternoon. He described the “David and Goliath” fight residents faced as they tried, often in vain, to get government agencies to listen to them.

“This report is not about should we have fracking in Pennsylvania,” Shapiro said. “It’s about preventing the failures of our past from continuing into our future. … And the big fights we must take on to protect Pennsylvanians to ensure their voices are not drowned out by those with bigger wallets and better connections.”

The grand jury heard testimony over two years. Shapiro recounted stories of residents who lived near fracking wells, who reported developing sores all over their bodies and children who would repeatedly awake in the middle of the night with severe nose bleeds. Farmers reported their livestock died or became infertile.

DEP took a hands-off approach and often would not send an employee out to investigate a complaint, he said.

“Often they would not investigate reports of violations, but rather call the fracking operation and ask if everything was okay,” Shapiro said. “The message to employees was … leave fracking alone. Sadly, too many DEP employees listened.”

The grand jury also faulted the Department of Health, saying it did not adequately investigate complaints and had policies in place that discouraged people from calling to report concerns.

While it still has concerns, the panel credited the DOH for acknowledging some shortcomings and for recently agreeing to launch a three-year study to examine possible links between fracking and health.

In a joint response to the report, the DEP and DOH said most of the issues the grand jury cited occurred under former governor Tom Corbett’s administration. Under Gov. Tom Wolf, they say they’ve significantly increased policing of the industry.

“This administration has acted aggressively to address the previous administration’s regulatory failures … and has put in place new regulations to hold natural gas companies to some of the most stringent environmental standards anywhere in the country,” the statement said.

David Spigelmyer, president of the Marcellus Shale Coalition, a trade group for the gas drilling industry, disputed the reports characterization of the industry.

“We’re proud of our industry’s shared commitments to keeping Pennsylvanians safe while enhancing our environment … and helping to create good-paying jobs,” he in a statement.

The report included eight recommendations, including increasing the distance of fracking wells from homes and businesses from 500 feet to 2,500 feet, requiring companies to publicly disclose chemicals used in hydraulic fracturing and increasing regulations to ensure safety in the transportation toxic wastewater

Shapiro filed criminal charges on June 15 against one of the region’s largest natural gas drillers, Cabot Oil & Gas, based on the grand jury’s findings that it polluted water supplies in Dimock Twp, Susquehanna County. A second company, Range Resources, pleaded no contest to environmental charges in Washington County.

“I can assure you, there will be more to come,” he said.

Shapiro also urged legislators to increase oversight of the industry, which he said for too long has been given a “free pass” to do as it pleases.

“They acted as though they are unaccountable,” he said. “That is what the powerful do when left unchecked.”

“This report is not about should we have fracking in Pennsylvania. It’s about preventing the failures of our past from continuing into our future." — Pennsylvania Attorney General Josh Shapiro