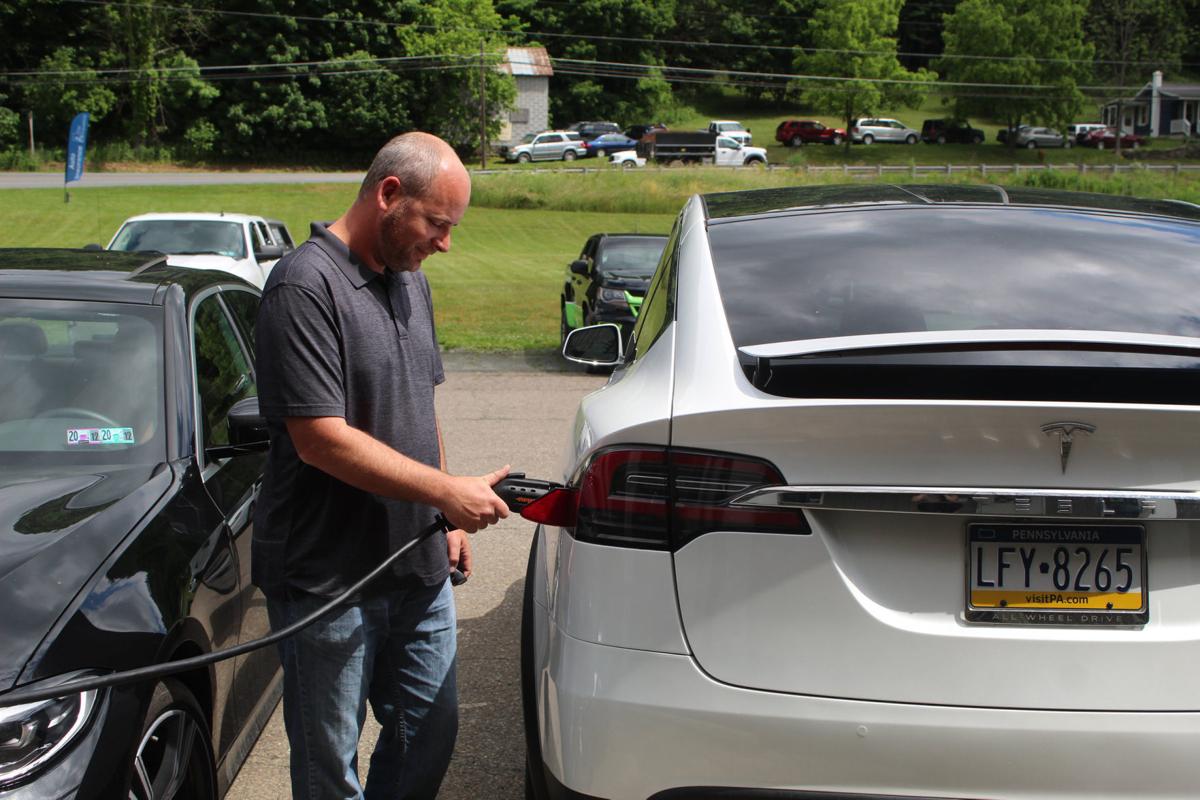 Matthew Austin sets his electric vehicle up for charging at the Werks Plaza. 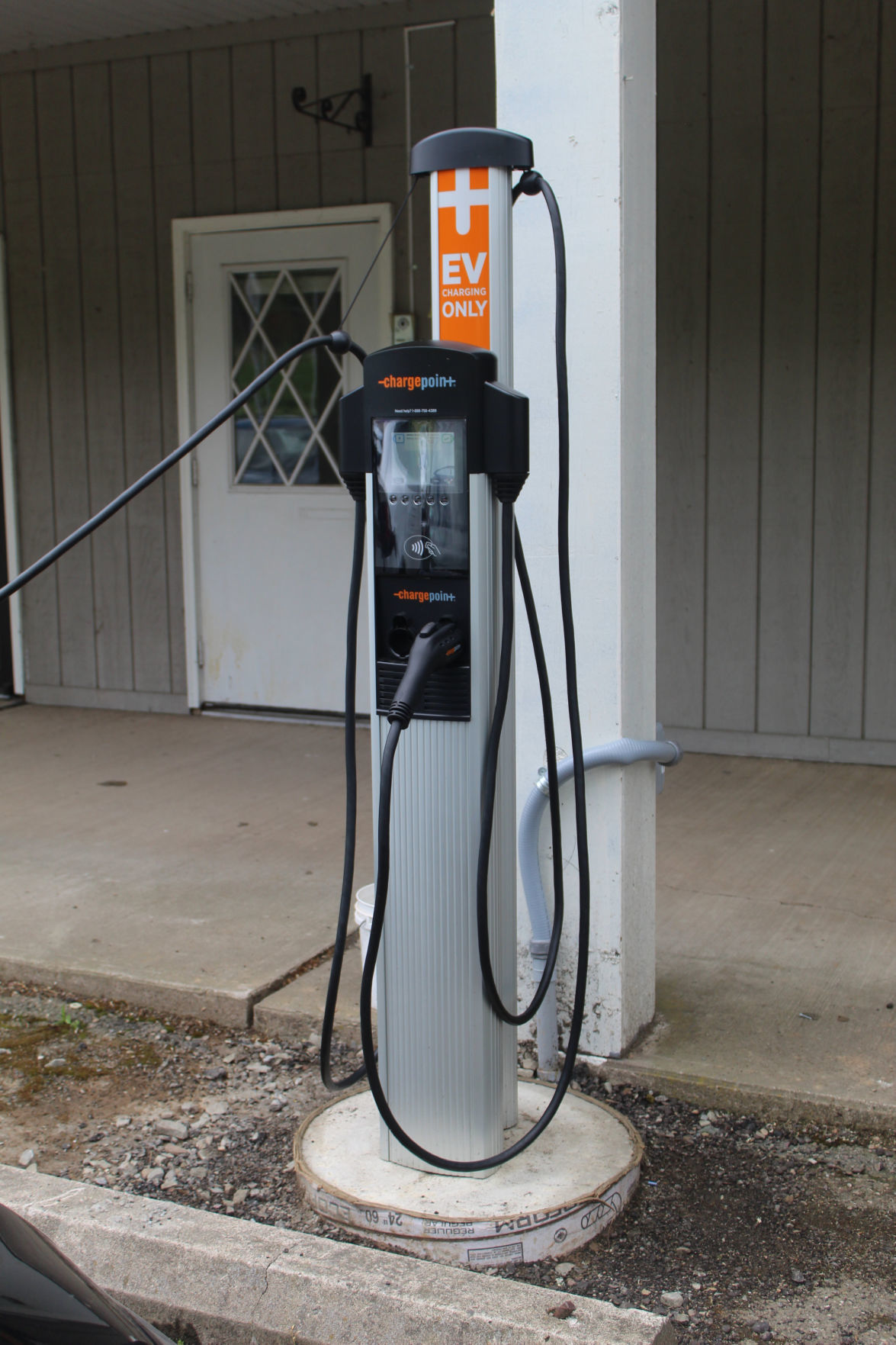 The ChargePoint station located at Werks Plaza in Tunkhannock can charge any electric vehicle on the market.

Matthew Austin sets his electric vehicle up for charging at the Werks Plaza.

The ChargePoint station located at Werks Plaza in Tunkhannock can charge any electric vehicle on the market.

Installing a ChargePoint station for electric vehicles at his Werks Plaza property in Tunkhannock was the first step toward that goal.

The station, which is the first in Wyoming County, can charge any electric vehicle on the market, two at a time in one to two hours. A grant from the Pennsylvania Department of Environmental Protection covered the majority of the installation cost, Austin said.

“As of today, there are 32 different electric vehicles on the market,” he said. “This year, they should make over a million. That’s what they’re forecasting, one million EVs to be built and hit the roads this year.”

Drivers of hybrid vehicles, which have the capability of running on gasoline as a backup, can also use the station. Austin is one of few local EV owners, driving a Tesla Model X, and said the station isn’t so much meant for residents of the county.

Each EV comes with a home charger, so the station is intended more for people coming from out of town.

“Anyone that buys an EV around here is going to quickly find out that they don’t need to charge for their daily use, going to soccer practice, going to work,” he said. “It’s the people that are traveling here from Williamsport for meetings, on family trips, just passing through the area. Our intention is to put stations in areas that are distanced quite a ways from other stations to just fill those gaps in.”

EV drivers can access a network of registered chargers across the nation through mobile apps like ChargePoint and PlugShare.

Users often leave notes for other drivers, and Austin has read comments from people about a lack of charging stations in Wyoming County.

He said there’s opportunities to recharge in Scranton and Towanda, but nowhere in between.

“Pending your starting location, you may get halfway to Towanda and need a charge,” he said.

He’s interested in getting more stations installed and noted Scranton to Binghamton as another area in need.

“You can get in your EV and say ‘take me to this place,’ and the car will take routes that it knows it will need to be charged, so having this charger in the apps and recognized nationally helps EV drivers plan their trips out,” he said.

Certain EVs can detect a station and automatically make a payment to it from the user’s account. Others can use their cell phone at the station to begin the charging process.

For Austin, making the switch to an electric vehicle was exciting, and he sees it as the future.

Aside from being a better option for the environment, he said his vehicle costs $5.63 to fully charge, compared to spending around $50 to fill a gas tank.

“I think it’s the first revolutionary change to the auto industry in a hundred years,” he said. “I really do believe that 10 years from now, owning an EV will not be something special.”