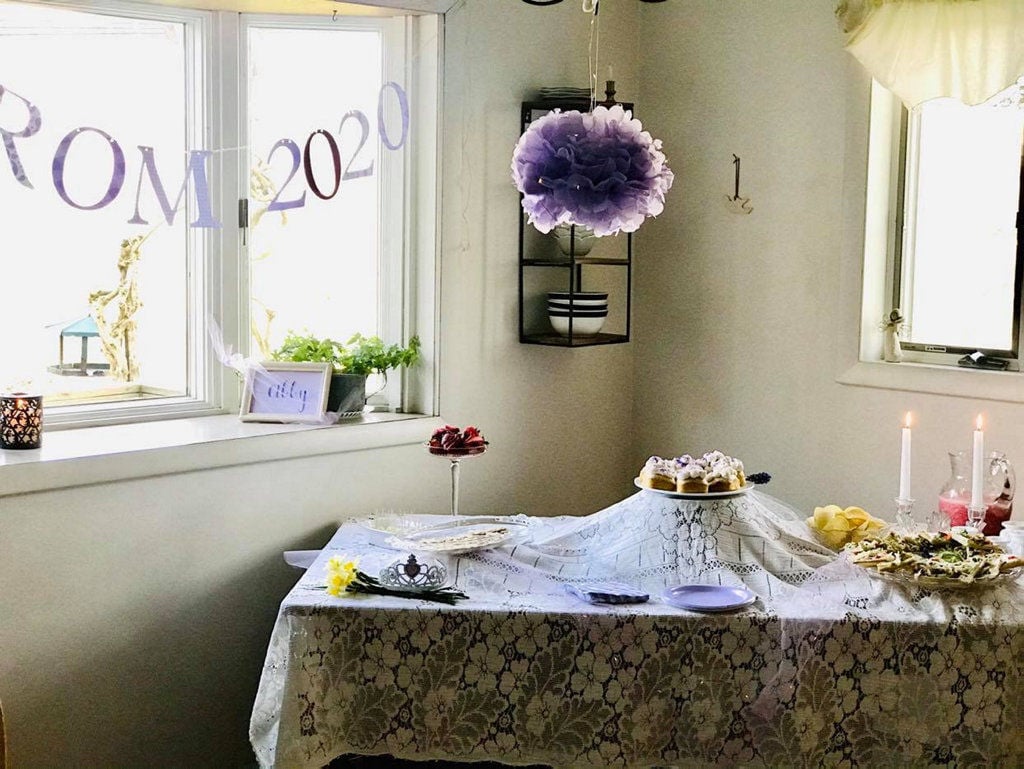 Abby Pettyjohn’s family recreated her prom at home after it was canceled due to COVID-19. 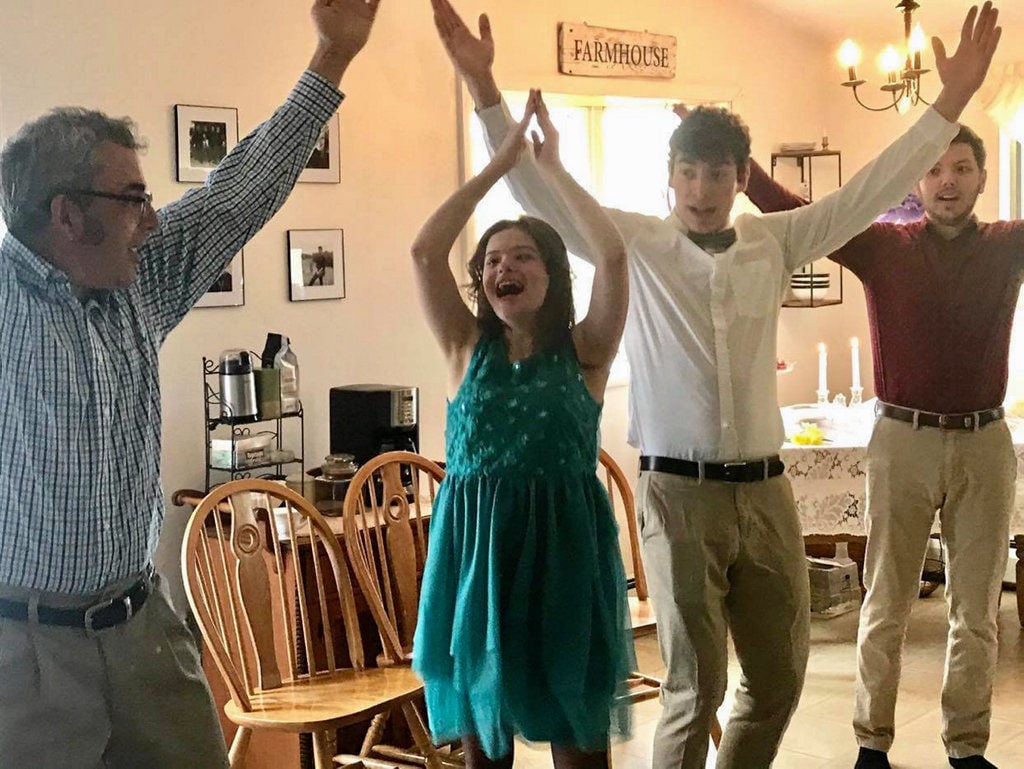 The Pettyjohn family dances together at home. From left are Darren, Abby, Nate and Ben.

With everything their daughter was looking forward to either being canceled or postponed, Nannette and Darren Pettyjohn wanted to provide a positive memory of this time in quarantine.

With the prom being canceled, they figured they could recreate it on a smaller scale at home. Nannette said it was the highlight of the family's time together under the stay-at-home order.

"It really made Darren and I so happy to see her just full of joy," she said. "There wasn't a moment in that couple of hours when she wasn't just so happy. That does everything for us really, because there's so much that has changed. For a couple of hours, it felt like everything was normal, except that we don't normally have a prom in our house."

Schools closing for the rest of the 2019-2020 school year has been tough on Abby, who her mother described as "full of personality" and "very much a people person."

"She's super cute," she said. "She likes to keep life simple. She wants to party, she wants to dance and she wants to watch Disney movies. She's also a very good reader… Academically, she is exceeding my expectations."

Having Down syndrome, Abby especially benefits from having structure and routine in her life, which going to school helps provide.

"I don't think she fully understood, probably none of us really did, what was about to occur. It probably felt to her like a spring break. She's used to a week off here and there. Summertimes are always long for her because she loves school so much," Nannette explained. "By the time we got into about the third week, I knew that she was really wanting to go back to school."

Luckily her parents have been able to keep her days at home as structured as possible, especially with schoolwork that Elk Lake has been providing during the closure.

After Christmas, Abby usually starts talking about the upcoming prom, which she calls "the ball." She already had a dress picked out for the occasion.

Nannette and Darren, along with their sons, 23-year-old Ben and 18-year-old Nate, gathered decorations and made a playlist of music on Spotify, which included prom staples like "Cupid Shuffle" and "Y.M.C.A." The setup was complete with a buffet table offering food and punch.

After Abby woke up from a nap that Saturday, Nannette told her it was time to get ready for a party.

"Yeah, we're going to do a prom here," her mother replied.

Abby shared that she enjoyed getting dressed up in her blue dress, dancing with her parents and brothers, and being named the prom queen. She wants to do it again.

"She was giggling pretty much the whole time," Nannette said.