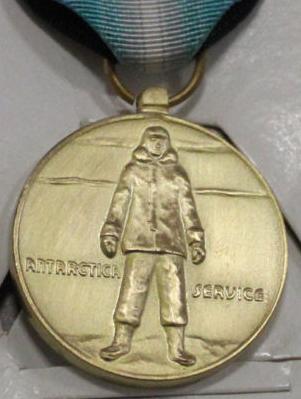 Navy Medal for service in Antarctica at the South Pole. 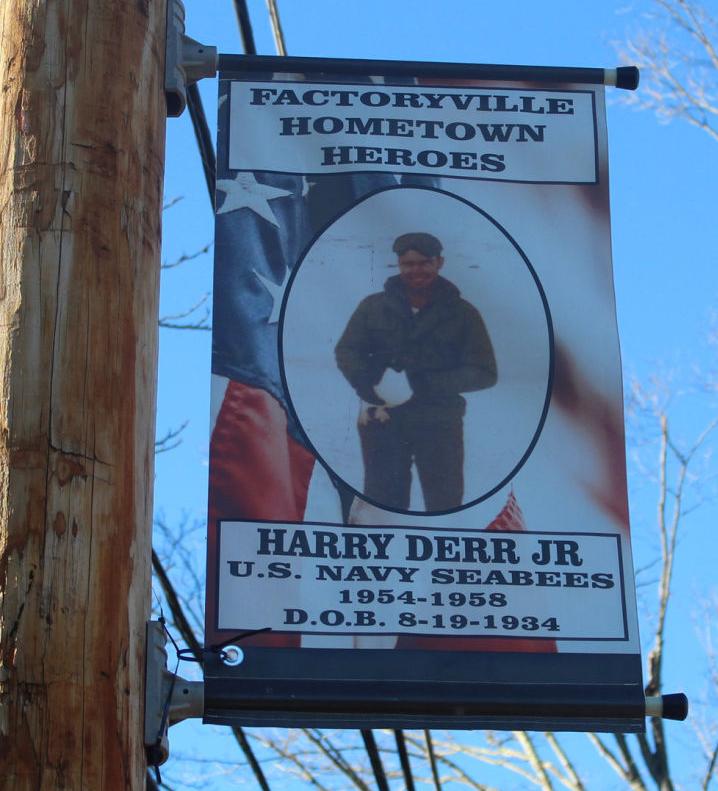 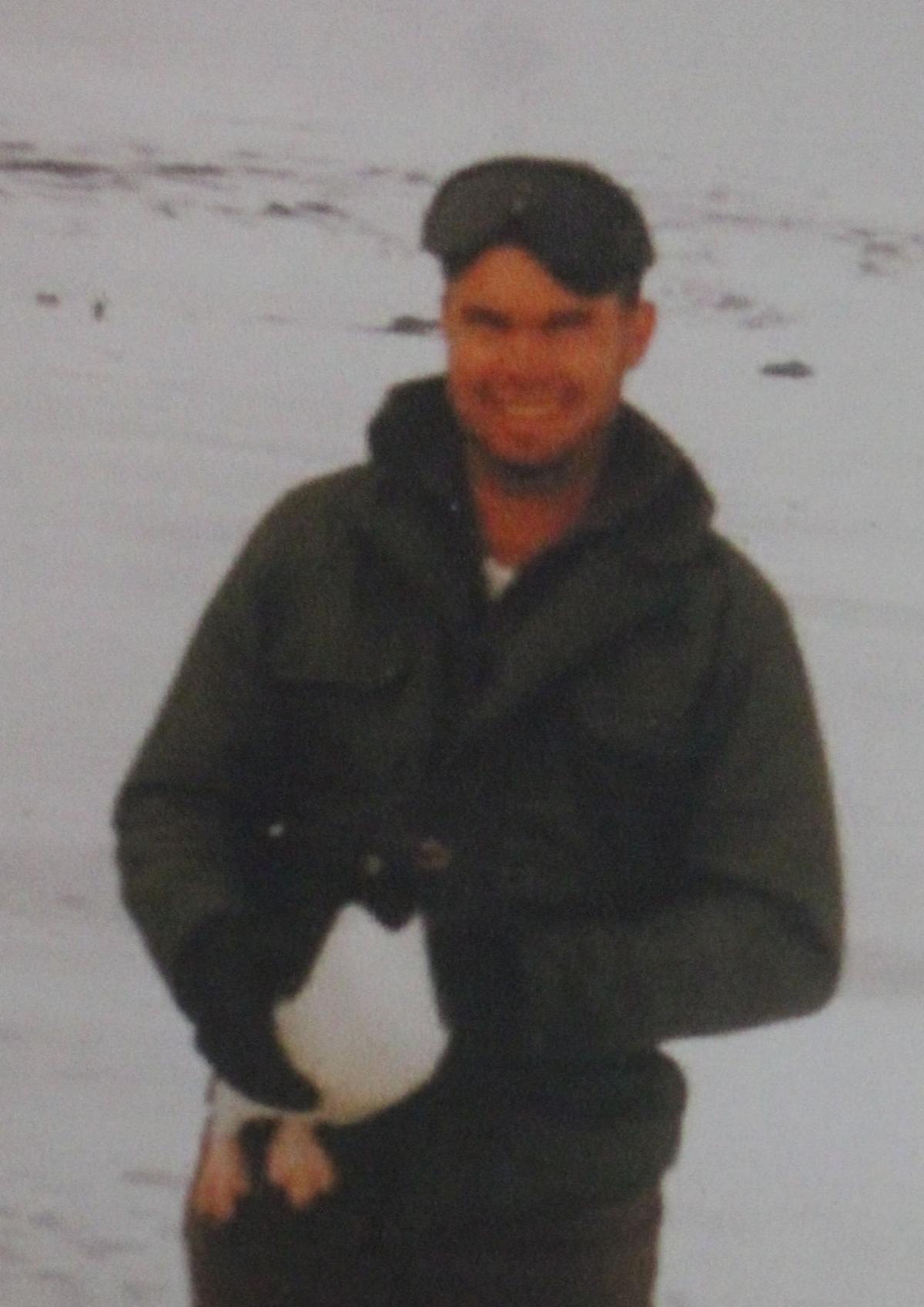 Derr holds a Penguin near the South Pole. 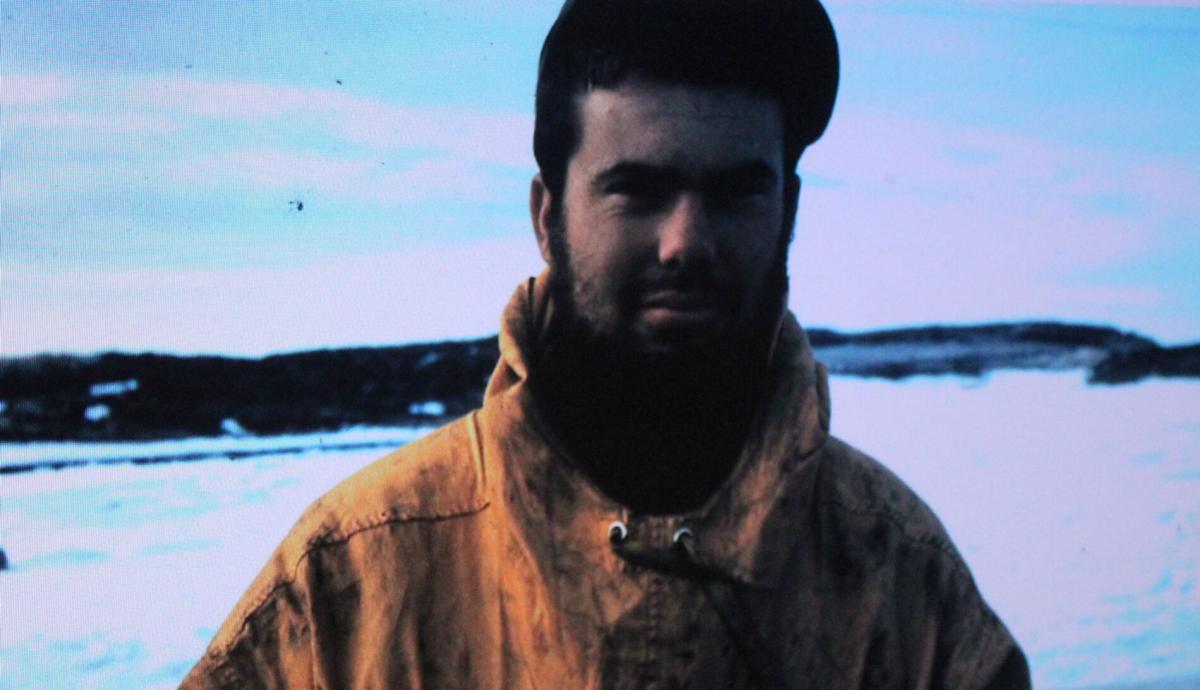 In his characteristic Seabee yellow overall, Derr prepares for a day's service. 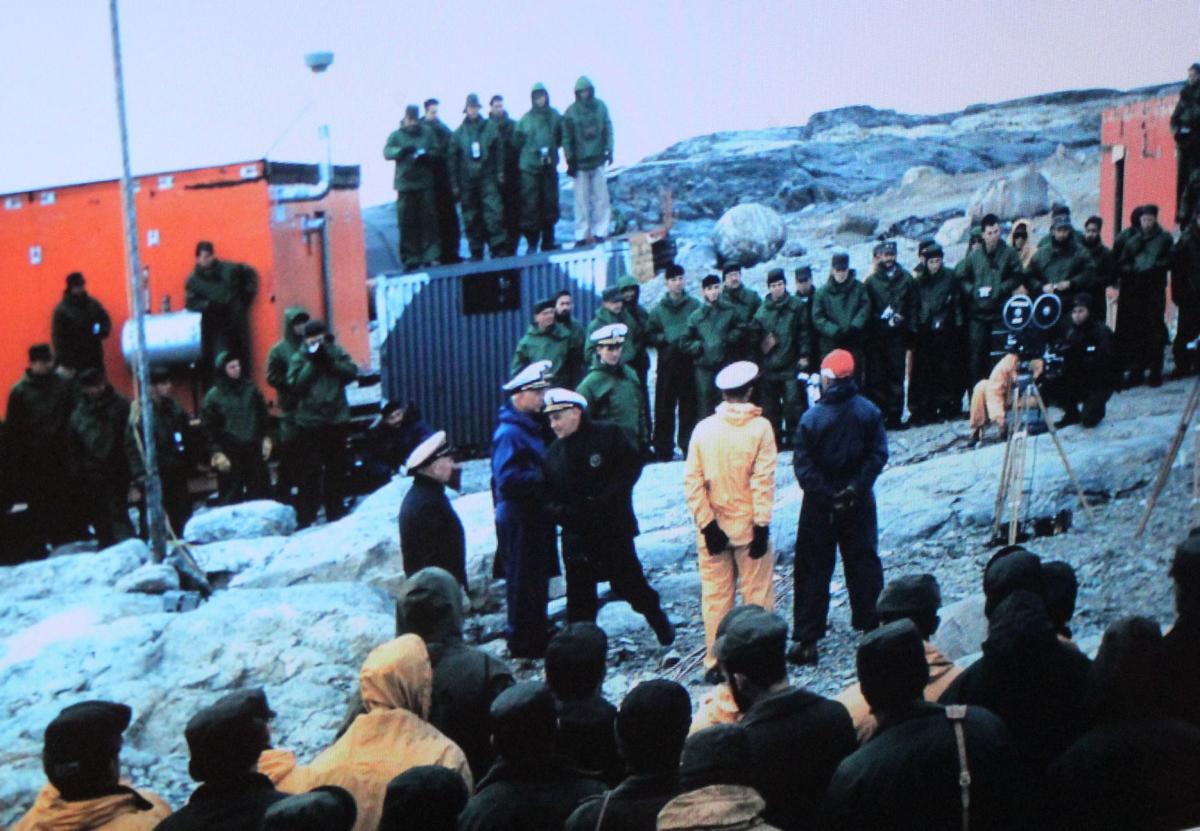 Derr’s assignment in the late 1950s was to help construct bases where international geophysicists could conduct scientific experiments on a largely unexplored part of the world. 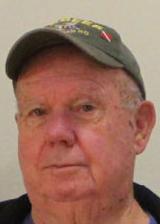 Navy Medal for service in Antarctica at the South Pole.

Derr holds a Penguin near the South Pole.

In his characteristic Seabee yellow overall, Derr prepares for a day's service.

Derr’s assignment in the late 1950s was to help construct bases where international geophysicists could conduct scientific experiments on a largely unexplored part of the world.

Factoryville resident Harry Derr is no stranger to the rigors of military service.

He enlisted in the U.S. Navy back in 1954, and following basic training at Bainbridge, Md., was designated as a machinist’s mate. But, he made it clear what he really wanted was to be a Navy-CB short for a member of its Construction Battalion or today commonly known as a Seabee.

At 86, Derr recently reflected on tours of service in Africa, Antarctica, Puerto Rico and Cuba.

He had many memorable experiences in the Navy, but one sticks out to him the most. It was back in 1957 when he was in Antarctica helping to construct bases where scientists from the International Geophysical Union could conduct scientific experiments in an area of the globe — near the South Pole — that was a largely uninhabited land mass covered in ice.

“An iceberg put a hole in the side of our ship in the Antarctic,” Derr said. “We put our equipment out to the side to put the ship at a list, and that was the first time I ever saw UDT men go underwater with a sheet of metal to cover up the hole. Likely it was a small hole, so patching it up wasn’t too destructive.”

Raised in Dalton, Derr grew up in a military family. His father, Harry Sr. had also served in the Navy.

“I got into the service as the Korean War was ending,” Derr said. “Friends of mine who were older than me had been in the war, my father had served, and I just thought it was a calling.”

After leaving the military in 1958, he returned to northeast Pennsylvania working construction on Interstate 81, and then becoming Director of Public Works for Abington Township, now Waverly Township, for 36 years.

The Derr family military service has continued into the next two generations. Harry’s sons and grandson both went on to serve in the military.

Son Kenneth was in the Air Force and did a tour of duty in Egypt. Son Howard served in the Navy as an innovation-structural mechanic of hydraulics, helping to build helicopters.

Derr’s grandson Michael Bisch was in the U.S. Marine Corps, serving in Iraq and Afghanistan.

“When Michael was in Iraq, his unit ran over a roadside bomb, and he was in the turn and got blown out of the vehicle,” Derr said. “The driver got injured, the person who was sitting in the passenger seat got injured. We’re just thankful Michael made it.”

After retiring from the DPW in 2004, Derr and his late wife Allean got involved in RVing, and enjoyed their time together, which was quite a contrast to the months on end she gave up in the early going while he served Uncle Sam. Today, in the warmer months, he takes care of his garden, where he grows vegetables. He likes to call it his “pot farm” as he grows all the vegetables out of pots in his backyard.

Derr has been awarded Freedom and Discharge medals from the Navy and keeps them at his home. He is also supportive of a rule that would require two years of military service for Americans when they finish their time in school.

“My boys when they were growing up, that’s when the Vietnam War was going on,” Derr said. “I would read in the newspapers of a lot of people who said that they were headed for Canada so they wouldn’t have to go in the draft. We live in a wonderful country, and if we don’t protect it, what are we going to have? Crap.”