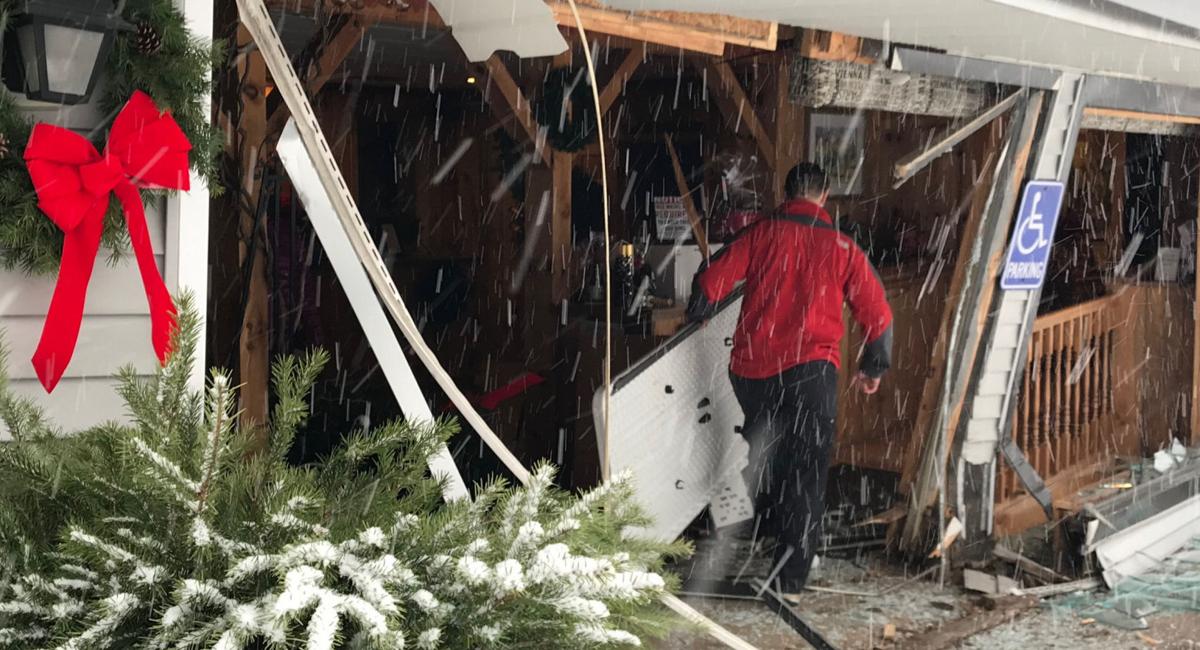 Damage is cleared up on Dec. 9, after a vehicle crashes through Nimble Hill Winery.

Commissioners announced Dec. 1 that a drive-thru COVID-19 testing center would be coming to Wyoming County at its EMA Building, Dec. 10-14. On Dec. 1, the state Department of Health website showed 470 positive cases of COVID for the county, an increase of 10 from the day before.

Phase Two of UGI Get Gas Initiative in downtown Tunkhannock is continuing on, and hopes to be in its final stages soon.

Donica McGee was elected president of the Elk Lake and Susquehanna County Career and Technology Center boards Dec. 3 in a virtual Google Hangouts meeting, and succeeds Arden Tewksbury in that post.

Phillip Farr was reelected as Tunkhannock Area School Board president on Dec. 3.

Thomas Michael Ward, 33, of Factoryville, a former volunteer assistant junior high football coach at Lackawanna Trail, pleaded guilty Dec. 4 to endangering the welfare of children in a case dating back to 2017.

It wasn’t a ‘sit-in-his-lap’ moment because of social distancing but children and their families had a grand time Dec. 4 visiting with Santa Claus, directly from the ‘North Pole’ via the big screen at the Dietrich Theater in Tunkhannock.

Folks turned out for ‘Christmas in Our Hometown’ in downtown Tunkhannock on Saturday, Dec. 5, but as Tunkhannock Business and Professional Association director Nancy Parlo said, it was a shadow of Hometown Christmases past.

A Lackawanna County judge ruled prosecutors have enough evidence to warrant a trial for Thomas R. Evans, 36, formerly of Factoryville, who had been arrested in the murder of 37-year-old mother of three.

An SUV driver, Eric Kreglewicz, 49, of Tunkhannock, crashed into Nimble Hill Winery and Brewery Dec. 9. He was cited for careless driving, but police say he fell asleep at the wheel.

James Walsh, 25, of Montrose was sentenced Dec. 9 to state prison for a theft of vehicle occurring in 2018.

Phillip Walters, 33, the man found guilty by jury in October of murdering his girlfriend, Haley Lorenzen, in his Mill City home nearly two years ago and then dumping her body in the Susquehanna River at Falls was sentenced Dec. 10 to life in prison without parole.

Frank Gabriel, a 60-year-old Scranton man who recently opened a new barber shop in Tunkhannock was arrested for drug dealing Dec. 11, and is in the Lackawanna County Jail.

County EMA Director Eugene Dziak reported Dec. 15 that the state’s temporary COVID-19 test site that had been in Wyoming County Dec. 10-14 cleared 1,003 cases. Results as to how many positive were not revealed.

Wyoming County residents awoke to 12-20 inches of snow Dec. 17, with accidents kept to a minimum.

According to the state Department of Health as of Thursday, Dec. 31, Wyoming County had 787 positive cases of COVID-19, and 29 deaths. That was up from 539 cases when the wide-scale testing began Dec. 10, a time when there were also 29 deaths. On Nov. 30, there were 450 reported cases and 25 deaths.