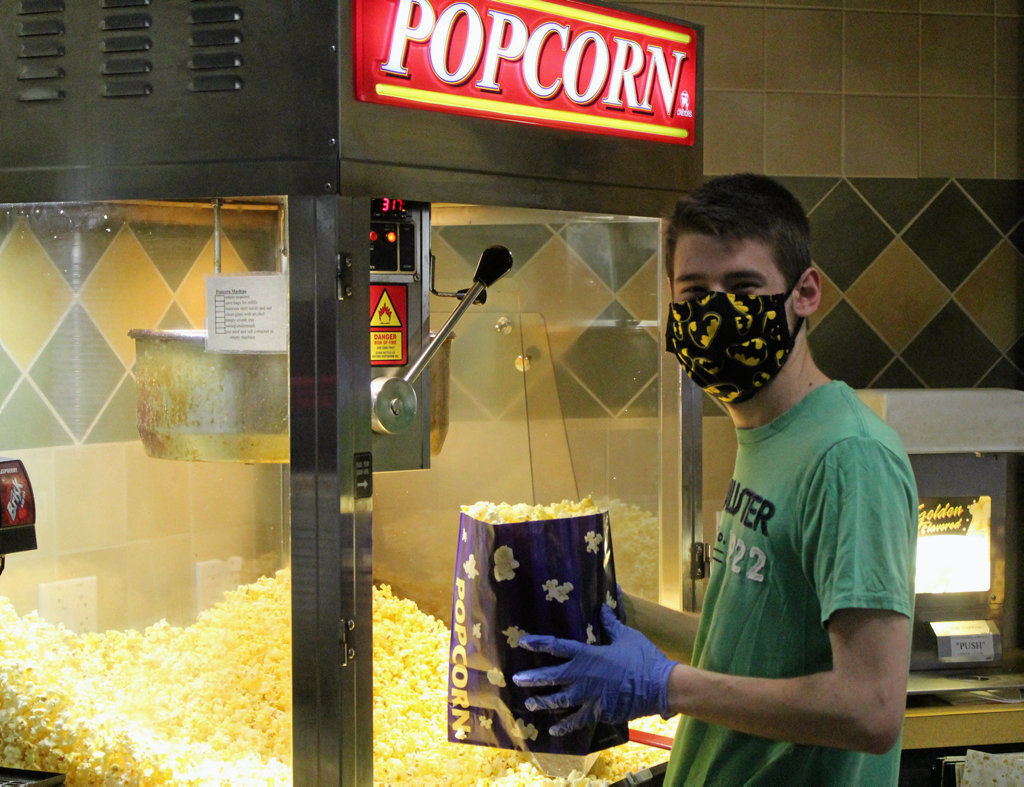 STAFF PHOTOS/ROBERT BAKER Concession staff Brendan Huff puts the final touch on a large bag of popcorn at the Dietrich for patrons to remember their hometown theater. 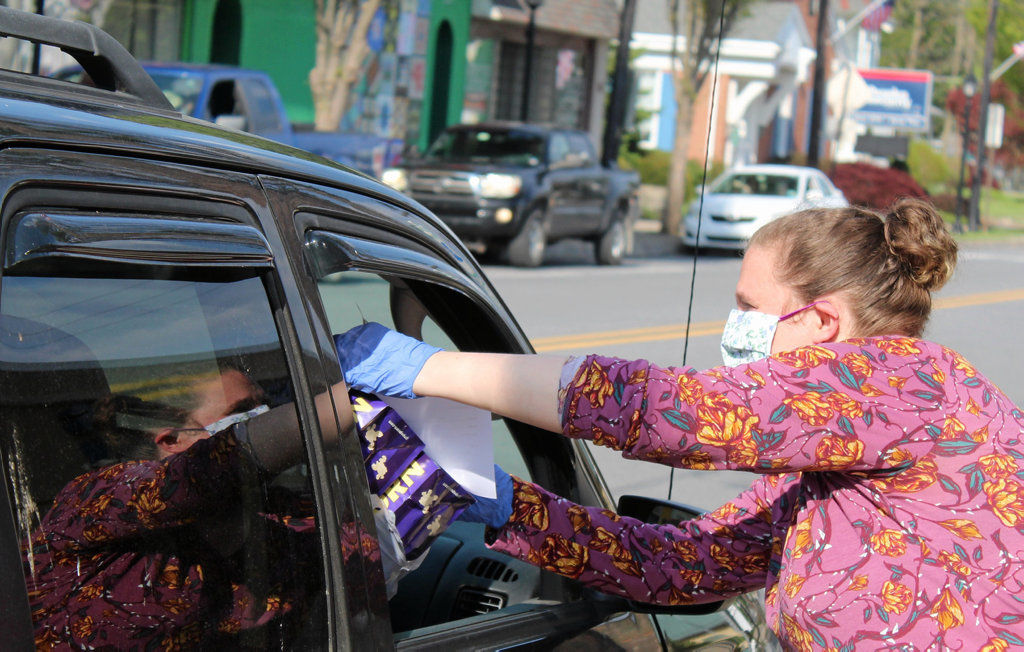 Erica Rogler thinks of the Dietrich Theater as "the community's theater."

With that said, the unwavering support from patrons during the theater's temporary closure hasn't been much of a surprise. Most recently, this support took shape through Friday night curbside pickup from the theater's concession stand.

Other theaters involved with the Art House Convergence found success through selling popcorn and candy as they remain closed under COVID-19 restrictions, so Rogler and her staff at the Dietrich decided to give it a try.

The first week, she expected to receive a handful of pre-orders. To her surprise, the phones were so busy that they needed to open a second line. On the first pickup night, they fulfilled somewhere between 50 to 60 orders.

With this level of success, Rogler plans to continue offering curbside pickup until the theater could reopen as long as there's demand.

"It's beyond encouraging," she said. "By buying popcorn, they're showing us how much they're looking forward to us coming back and we're so grateful for the support along the way."

Patrons have been missing movies, classes and special events at the Dietrich, but also its popcorn.

"It is the best popcorn anywhere," said Kendall Mowry, a Tunkhannock resident who picked up popcorn and candy for her whole family on the first night. She's eaten popcorn at other area theaters and it "doesn't even come close" to the Dietrich's popcorn.

Her family, which includes her husband and five children, consider the local theater "a special place" and see movies there together often.

Being upset about the temporary closure, the Mowrys enjoyed having Dietrich popcorn to snack on during their Friday night streaming of "Star Wars: Episode II - Attack of the Clones" on Disney+.

"We're happy to be able to support the theater again in some small way," she said.

Picking up the popcorn and candy for a movie night at home was the exact idea behind offering curbside pickup, Rogler said, as it's the next best thing to watching a movie at the theater.

"We have been told it's the best popcorn around," she said. "It's just nice, buttery and fresh. It's just perfect – the perfect complement for movie watching."

In addition to offering virtual programs, the Dietrich has partnered with independent studios as another way of adapting to the closure.

If you pay to stream any movies listed through direct links on dietrichtheater.com, the theater will receive a portion of the profits.

Staff members have also been giving movie recommendations on the theater's Facebook page as additional options for home movie nights.

Choose between one large bag of popcorn for $5, one large popcorn and one pack of candy for $8, or a family pack with two large popcorns and two candies for $16.

"It was just fun to see folks again at the Dietrich even though we're taking the popcorn outside," Rogler said. "It was just nice to see people out and about."