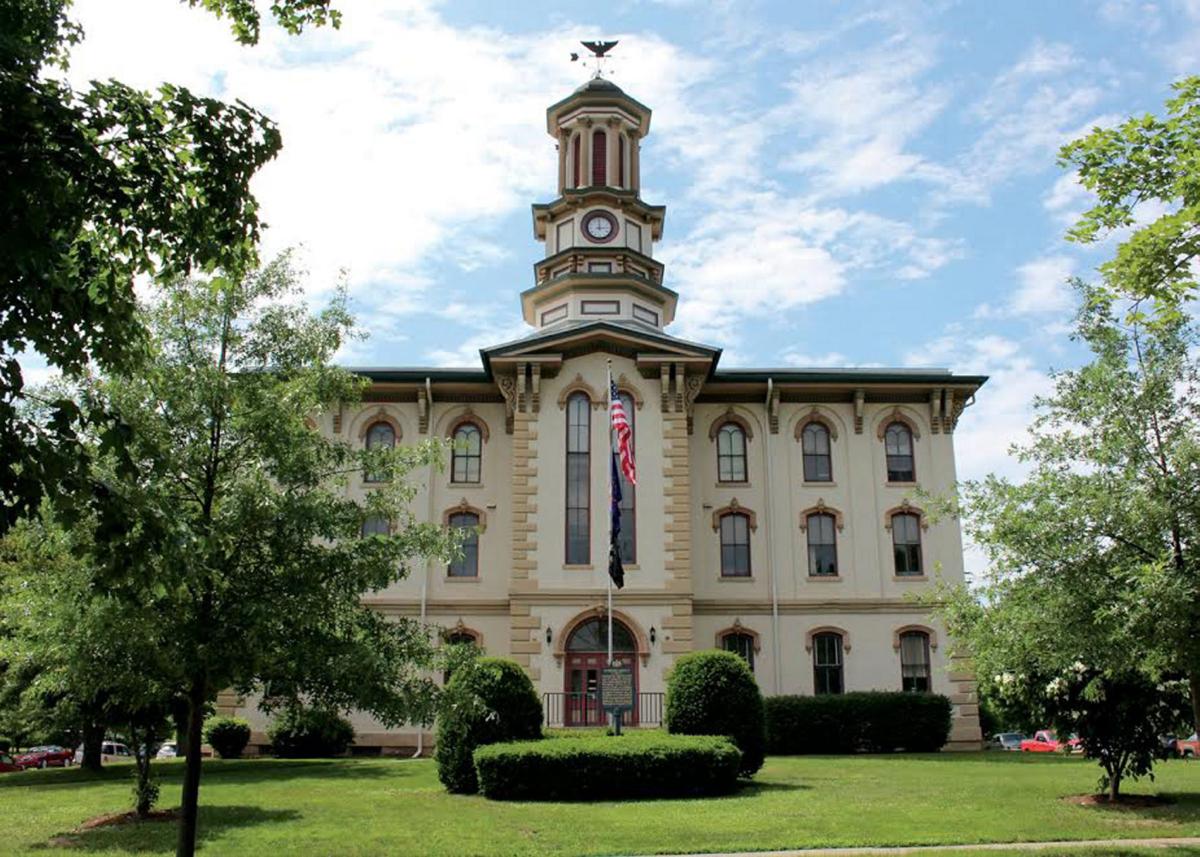 The Wyoming County Courthouse remains ready to serve, but to minimize the transmission of the COVID virus, it remains for business by appointment only.

The Wyoming County Courthouse remains ready to serve, but to minimize the transmission of the COVID virus, it remains for business by appointment only.

County Commissioners said Tuesday they were not quite ready to reopen the Wyoming County Courthouse.

Rick Wilbur said the somewhat restrictive policy that still implores residents to have appointments is where the commissioners would like to leave it so as to avert any further spread of the COVID-19 virus.

“We’re still in the midst of a national pandemic for God’s sake,” commissioner Tom Henry said, “where cases have risen dramatically without the courthouse being open.”

“We hope people will keenly look out for those around them, and please wear a mask and practice social distancing. We don’t believe anyone’s being turned away, and that’s the way we want to keep it.”

On Tuesday Wilbur, Henry and Ernie King also took time out during their morning meeting to lift up civic responsibility.

Twelve individuals who have voted in every election for the last 50 years were nominated by the county elections office into the Pennsylvania Voter Hall of Fame and will be granted certificates for their accomplishment.

The supervisors reminded about a meeting Wednesday night at 6 p.m. in which the Wyoming County Conservation District will address recent Martin Creek flooding. A public participation meeting will be held at the Nicholson Borough Building, 402 Main Street, Nicholson. Purpose of the meeting is to familiarize the general public of the proposed Martins Creek Supplemental Watershed Project. People interested in attending should have contacted the borough already. It is believed there is still time to sign-ons for a virtual Zoom meeting.

On its agenda, the commissioners are in discussion with Primecare about the county jail inmates’ health care program, with Henry suggesting he wanted to make sure COVID vaccinations were ready when the time got there. Also, starting Jan. 14, both Wilbur and King are planning to take grant-writing training.

Henry said the county was still waiting for tablets to be delivered to the correctional facility,

Wilbur also acknowledged that after a cleanup of Roadside Rest, the park has been in lockdown, before discussions can resume in the spring about it’s future. They are grateful for all volunteers.