At a June 3 press conference in Wilkes-Barre, U.S. Attorney David Freed talks about 11 federal indictments that are designed to get major drug traffickers off the street. In the rear are Wyoming County Detective David Ide and Wyoming County District Attorney Jeff Mitchell. 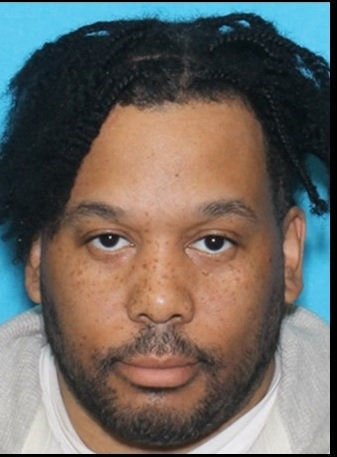 The leading supplier of illegal drugs coming into Wyoming County over the past eight years, was indicted recently on federal drug trafficking charges, District Attorney Jeff Mitchell shared last Wednesday following a news conference arranged earlier in the day in Wilkes-Barre by U.S. Attorney David Freed of the Middle District of Pennsylvania.

Tysheen Gott, known as ‘L.B.’ of Wilkes-Barre, was one of 11 people being indicted by a federal grand jury on charges they had been trafficking large amounts of heroin, fentanyl, and crack cocaine to the region.

Freed said the latest investigation grew out of a federal trial in which James Eugene Rought, 32, of Tunkhannock, was facing death by drug delivery charges, with responsibility traced to the death of Wyoming County resident Dana Carichner in 2018.

Rought eventually was found guilty, and Freed said that investigators kept coming up with a reference to L. B. as the source of drugs.

“That was it, two letters, L.B.,” Freed said, which agencies working in collaboration had to go on in the beginning, thanks to a tip by District Attorney Mitchell’s office.

In time, Freed noted, that investigators were approved to monitor phone calls, and text messages of those eventually indicted.

The 22-page indictment was unsealed on June 1.

Back in Tunkhannock on Wednesday afternoon, Mitchell said the investigation had begun about seven or eight years earlier in Wyoming County.

“As we investigated drug deliveries and deaths, local drug dealers told us they received the drugs from an ‘L.B.’ in Wilkes-Barre; but they did not know his real name,” Mitchell said. “L.B. soon became a focus of our investigations, but it proved difficult to determine his identity.”

That changed after the Rought conviction, Mitchell said, “when the FBI and U.S. Attorney’s office proceeded with the investigation of L.B. and were able to identify him and his involvement through wiretaps.”

He said it became clear that ‘L.B.’ was a primary drug dealer for Wyoming County and would use local individuals, who were often addicted themselves, to sell on his behalf in our communities.”

Mitchell called the public identification of ‘L.B’ as Tysheen Gott a “a major development for Wyoming County.”

But, Mitchell said, “While these arrests are very important, the problem remains. We must hold drug dealers responsible for selling this poison in our communities while supporting treatment for those who are addicted and need help.”

Wyoming County Chief Detective David Ide, who helped in pursuing many leads about uncovering the identity of Gott, said he was most gratified from Wednesday’s outcome because those who lost somebody close to them to a drug overdose, like Carichner, can know their loss was not in vain.

“But we must remain forever vigilant,” he said.