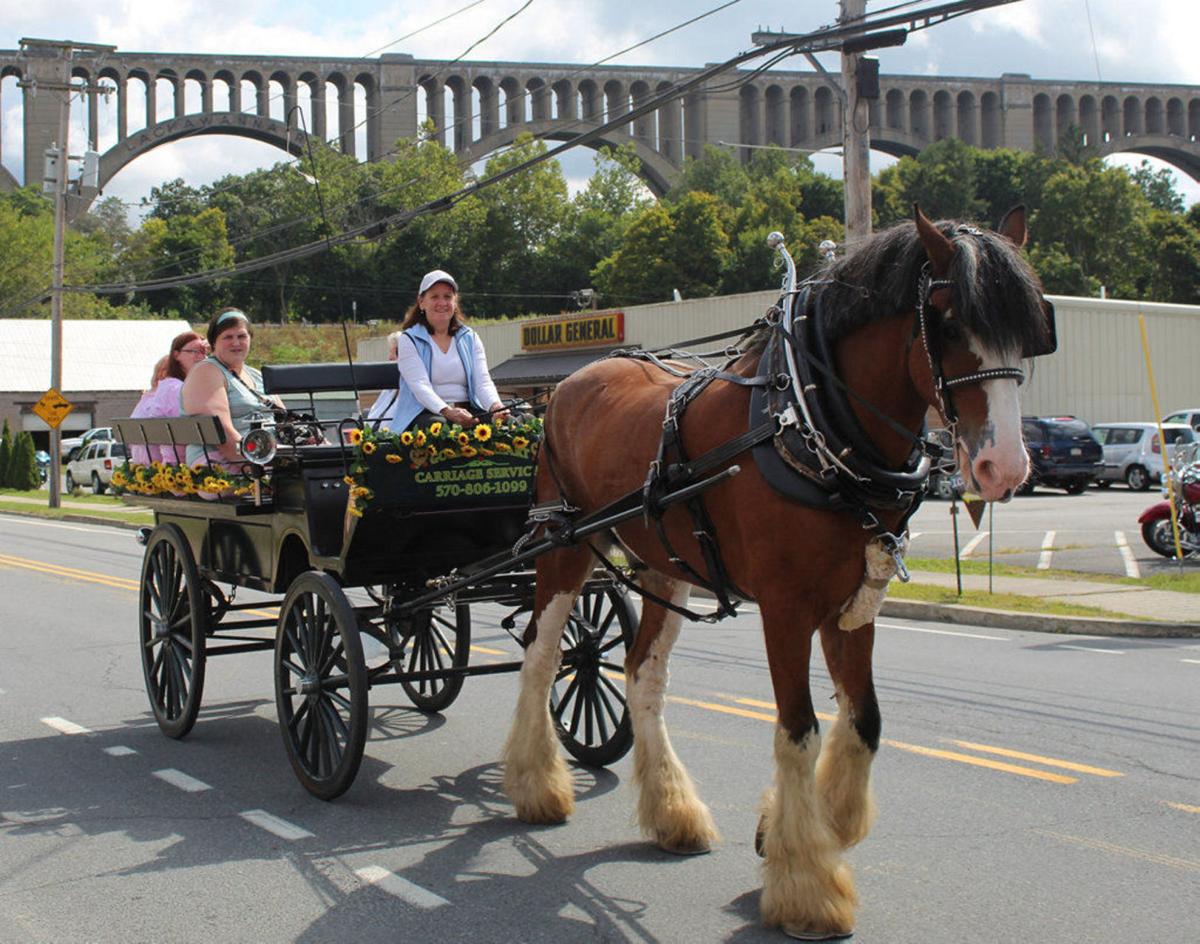 Bridge Day won’t return to Nicholson until next year. 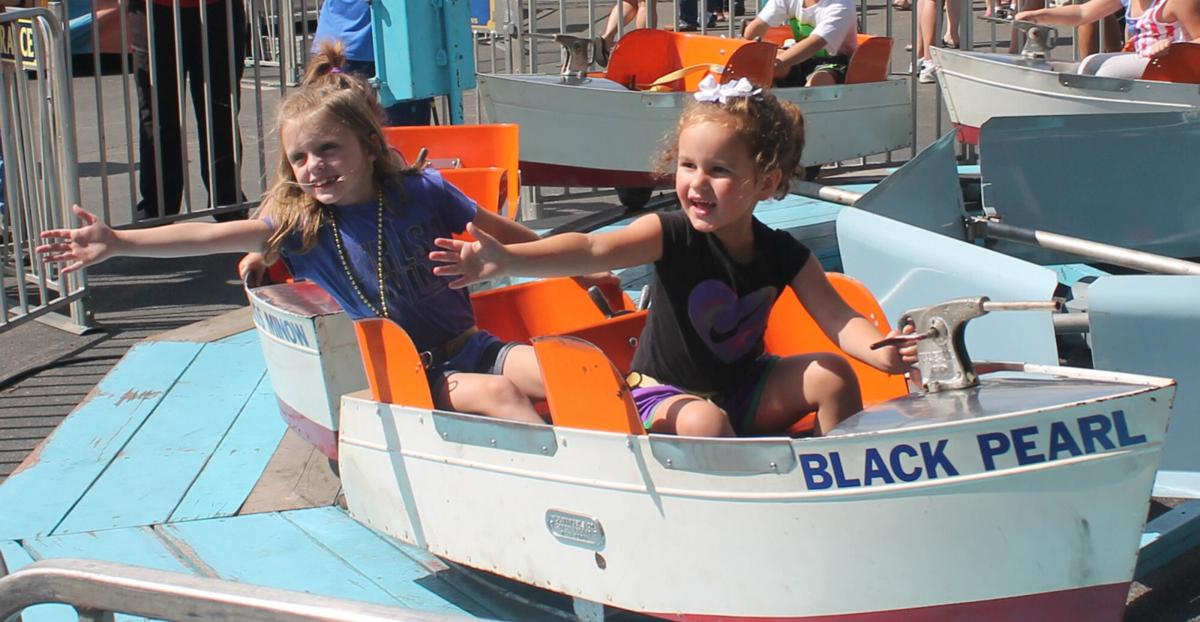 The Triton Hose Company Carnival would have started on Aug. 28. 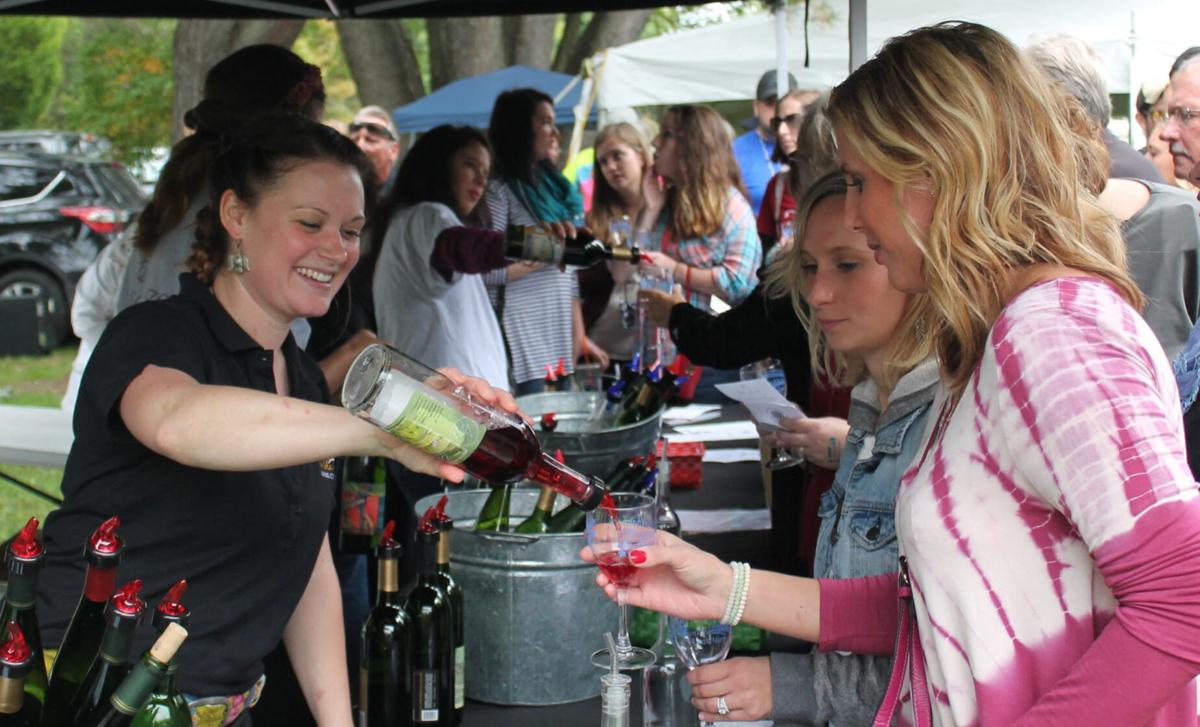 The Harvest & Wine Festival at Lazybrook Park has been postponed to October of 2021.

Bridge Day won’t return to Nicholson until next year.

The Triton Hose Company Carnival would have started on Aug. 28.

The Harvest & Wine Festival at Lazybrook Park has been postponed to October of 2021.

Stepping into a leadership role at a nonprofit organization during a pandemic may intimidate some people, but Terri Detrick leaned into the challenge.

It isn’t Detrick alone that’s up for it, but the entire Tunkhannock Rotary Club.

“I think we only come out of this challenge stronger,” she said. “We find new ways to serve the community, to have fellowship with each other.”

The Tunkhannock Rotary canceled its main fundraising event this October, the Harvest & Wine Festival at Lazybrook Park. Other recent efforts by the Rotary, such as its annual fireworks show on July 3, also couldn’t go on due to concerns with COVID-19.

“It’s really heartbreaking because what we want to do and what we’re normally engaged in is serving the community,” she said. “Not being able to be out in the community has been a challenge.”

It’s a feeling shared by nonprofits and community organizations throughout Wyoming County and beyond.

The Nicholson Women’s Club canceled Nicholson Bridge Day this year, a major fundraiser which would have celebrated its 30th anniversary in September.

“We appreciate everyone’s support for Bridge Day,” said NWC President Joan Kupetsky. “We’re sad to cancel, but given everything else that’s being canceled, we figured we should also be proactive and cancel so that people are safe.”

The street fair brings in 70 or so vendors every year to celebrate Nicholson’s historic past.

“Basically, our budget is determined by the profits from Bridge Day,” she said.

The NWC typically holds a chicken barbecue fundraiser on Bridge Day. Kupetsky said members considered holding it on what would have been Bridge Day, but decided against it.

The NWC “exists for helping the community,” she said.

Each year, the club donates to various community organizations, such as the Women’s Resource Center and the Nicholson Heritage Association. It also helps families and seniors during Christmastime and organizes community events for Easter and Halloween.

Looking forward, Kupetsky feels optimistic, but cautious. She knows the NWC will survive, but acknowledges that it might be necessary to reduce future donations and hold off on some smaller projects.

Even with fewer resources, the club plans to continue fulfilling its mission. Just this summer, members provided meals for residents of the Bailey Apartments in Nicholson.

“We will not give up on helping the community,” Kupetsky said.

In Tunkhannock, Triton Hose Company had to cancel its major fundraiser this year, too.

The annual Triton Hose Carnival essentially covers the fire company’s yearly operating costs, according to President Chuck Sands. A number of groups use the fire hall for dinners, which won’t pick up again for the foreseeable future, and canceling bingo has resulted in revenue loss as well.

“Obviously the financial aspect is a tremendous loss to us,” he said. “But we’ve prepared for this. It won’t bankrupt us.”

Being an essential organization, Triton has been operating throughout the pandemic with procedures in place to protect firefighters and the public from COVID-19.

Triton officials have been brainstorming ideas for fundraising events that could somewhat offset the company’s losses while staying in compliance with COVID-19 guidelines.

A drive-thru unbaked pizza sale has been slated for Aug. 15, with more information to be announced soon, Sands said.

While the fire company has never been thrown a curve ball like a global health pandemic, Sands said firefighters are no stranger to overcoming challenges.

“We’re going to get through this pandemic,” Sands said. “Triton and all of the volunteer fire companies, we persevere. It’s what we do. We will be back stronger than ever and continue throughout this to provide the service we always have to our communities.”

The Zoom online meeting platform has allowed members to stay connected, which the club expects to continue using in the future since it allows more members to participate than before.

“There’s challenges, but we’re just going to meet them and figure out the next steps. You have to be nimble and able to adapt,” Detrick said. “We’re confident in the community support for our future fundraising and future projects.”