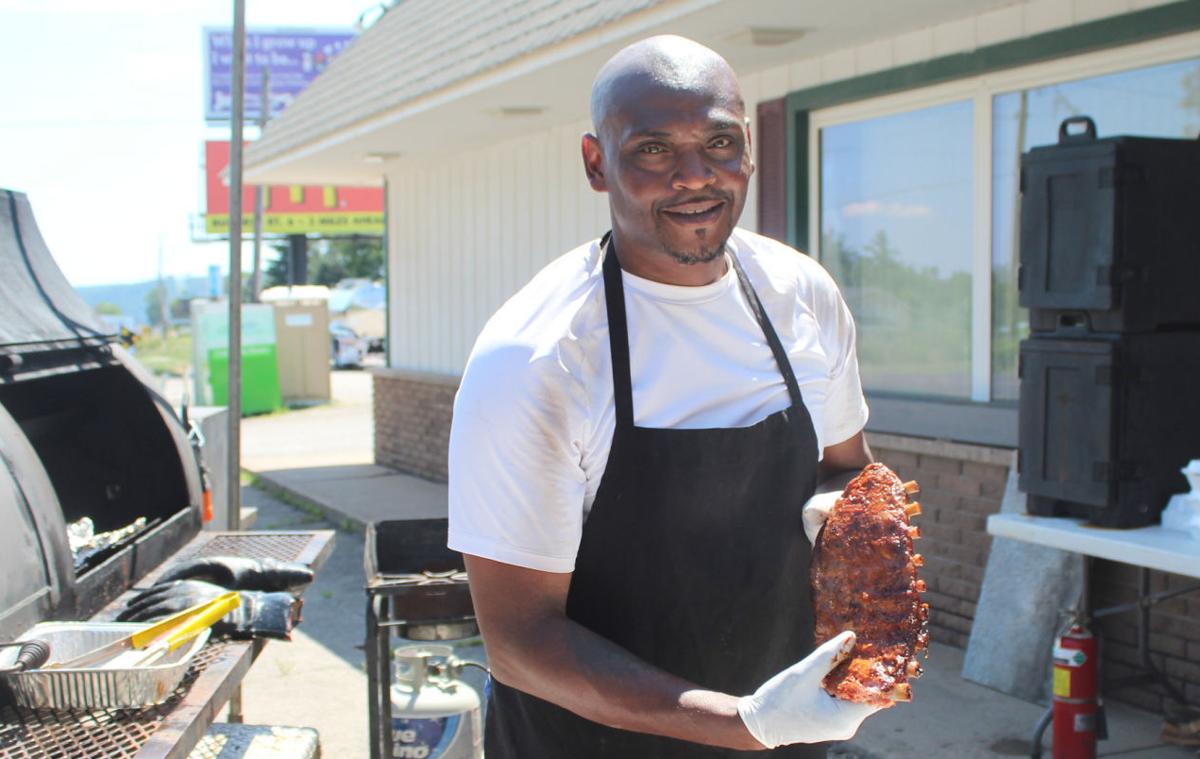 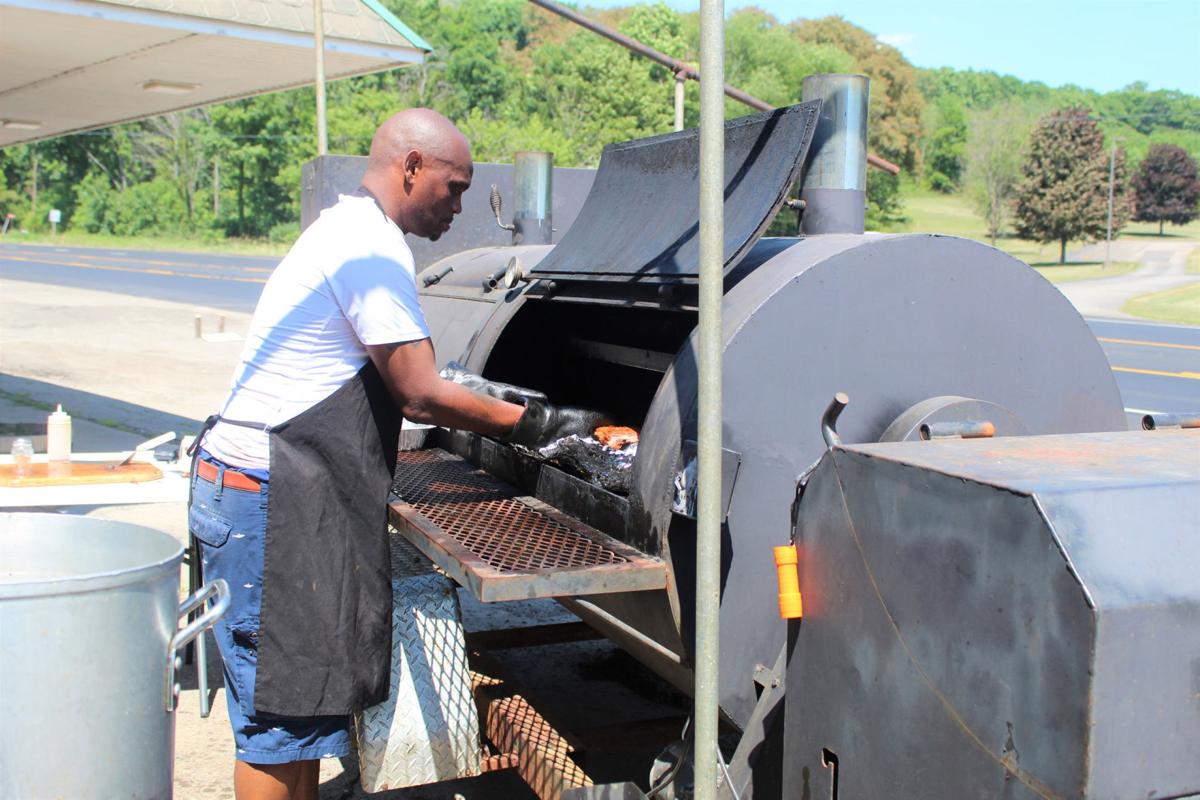 Vincent Lewis prepares a rack of ribs for takeout.

Vincent Lewis prepares a rack of ribs for takeout.

Last week, Vincent Lewis started giving people a sneak peek of what he intends to bring to the former Purkey’s Pink Apple.

Anyone driving down Route 6 may have spotted Lewis outside of the recently closed diner with his new smoker serving ribs, chicken, pulled pork sandwiches and wings for takeout.

“We’re renovating right now to turn this into something this town has never seen,” Lewis said.

The Mississippi native made his way to Lancaster County in the early 1980s and lived there until relocating to Wyoming County six months ago in hopes of taking over a different restaurant. These plans didn’t pan out, but then he heard about the Pink Apple.

He searched for a smoker to purchase and found an advertisement from Craig Sprout. They made a deal and Lewis hopes to give his longtime smoker a good name.

“He really made me feel like he wants to see Uncle Flip’s BBQ really do something,” Lewis said.

He aspires to bring something unique to Wyoming County.

“I’m not knocking anyone else’s barbecue around here, I’m not trying to walk around with that kind of head, but I’m different,” he said. “My approach to barbecue is different and I want to set myself aside from everyone else.”

It was important for him to keep “Pink Apple” in the restaurant name because it’s so well known.

“You say Pink Apple and they know where it is,” he said. “Why not keep that following?”

“Uncle Flip,” on the other hand, comes from his childhood and the comedian Flip Wilson. At 13 months old, Lewis would watch Wilson on television, and his mother saw it was her window of opportunity to do chores because of the way it distracted him.

“I look at it now and I don’t see how that show kept a 13-month-old focused on a television, but it did,” he said. “My uncle walked in one day and said, ‘Look at Flip looking at Flip Wilson,’ and it’s been my name ever since.”

Lewis studied at YTI Career Institute and then took a culinary course through the Spanish American Civic Association in Lancaster County. “I knew barbecue was what I wanted to do,” he said. He also operated a catering company under Uncle Flip’s name in Lancaster County.

On his first day in Tunkhannock, he nearly sold out by 2:30 p.m.

He doesn’t have a timeline in mind yet for when the restaurant may open. For now, Lewis feels fine with sticking to outdoor takeout only.

“I’m not looking to rush because I want to do it right,” he said. “I’m not rushed to open up these doors. I’m having fun outside. I get to talk to people, I get to wave. People are honking their horns. I’m building a relationship around here.”

Elwood Sickler, owner of the Pink Apple building, sees the future restaurant as a positive addition.

“I think it’s going to bring a unique flavor,” Sickler said. “There’s other barbecue places around, but this is going to have a nice twist to it when he gets it together.”