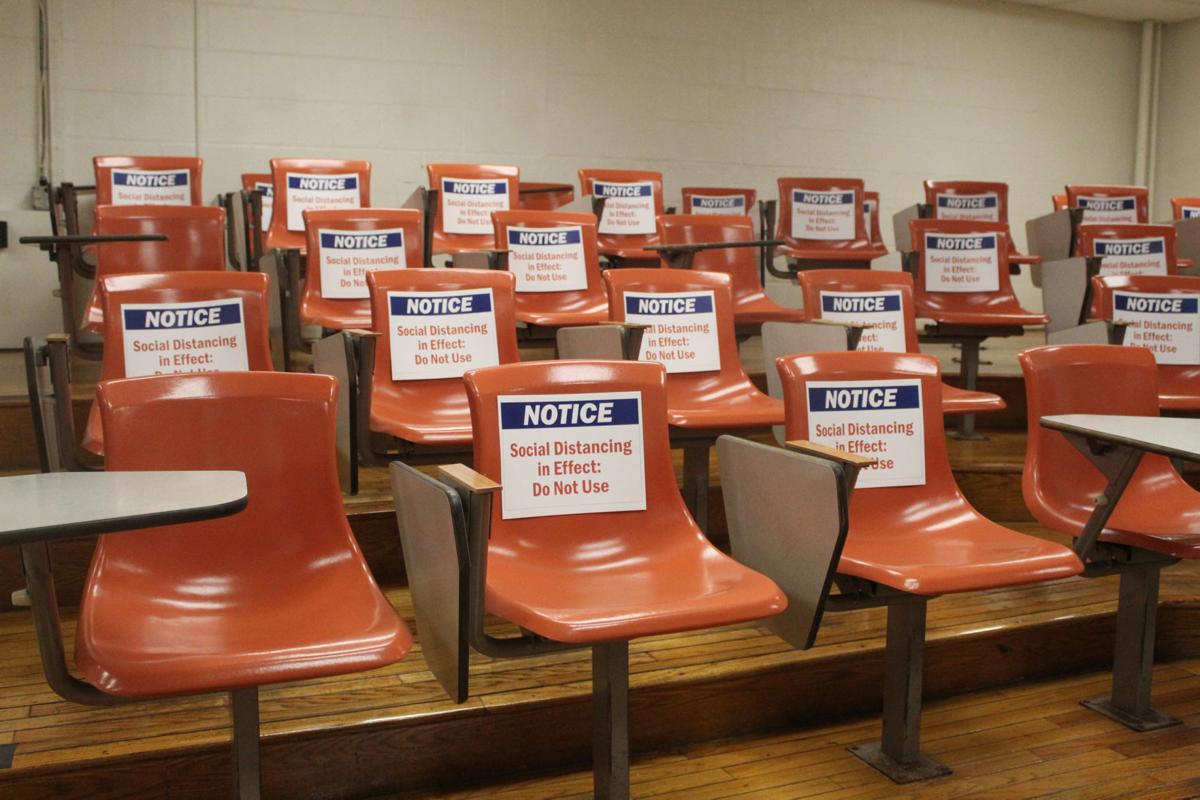 Keystone College prepared its classrooms for social distancing ahead of the fall semester. 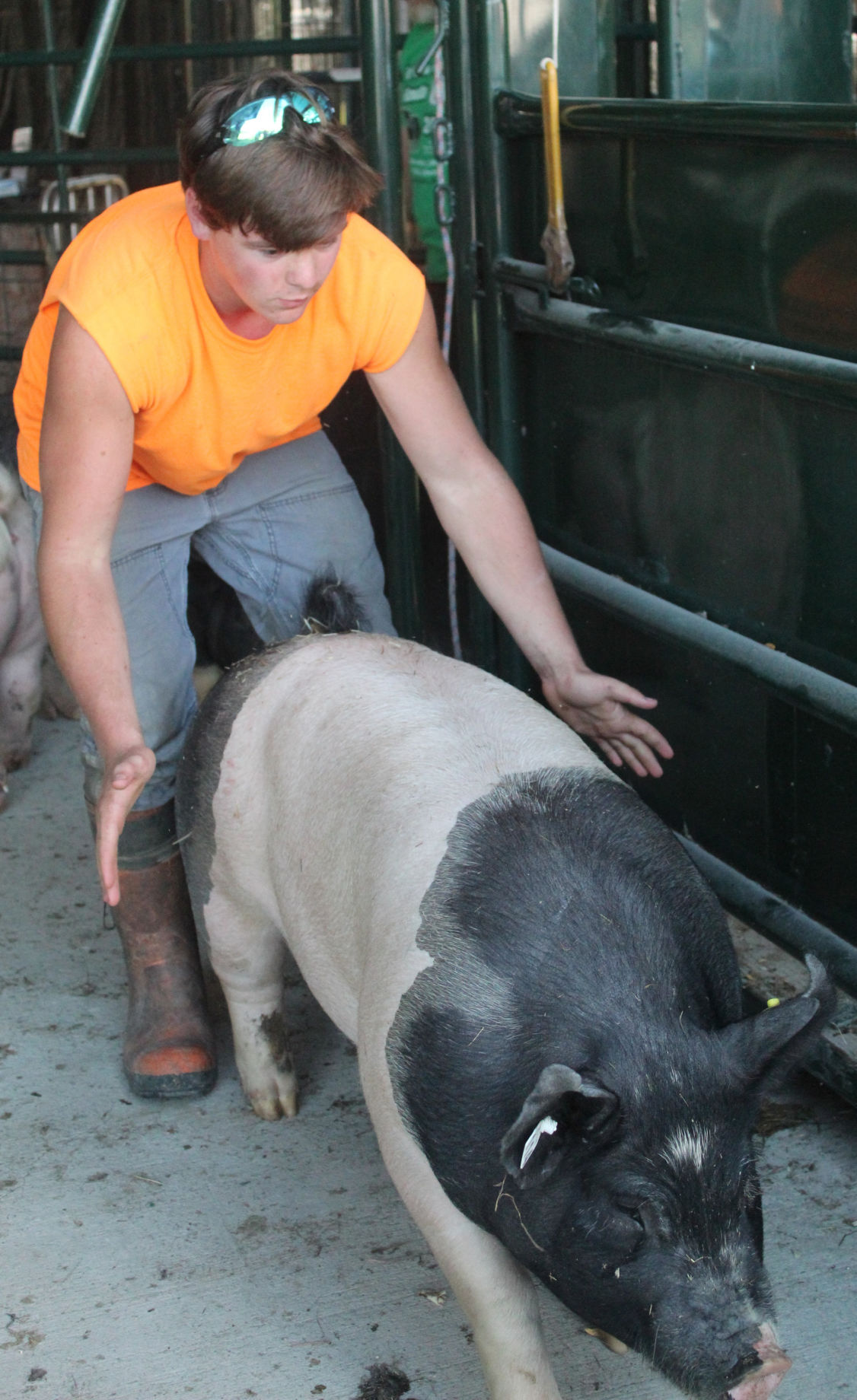 After his hog’s weigh-in Sunday, Ben Cannella coaxes the animal back into its livestock trailer, just prior tp the livestock sale that went on without the fair. 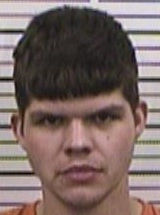 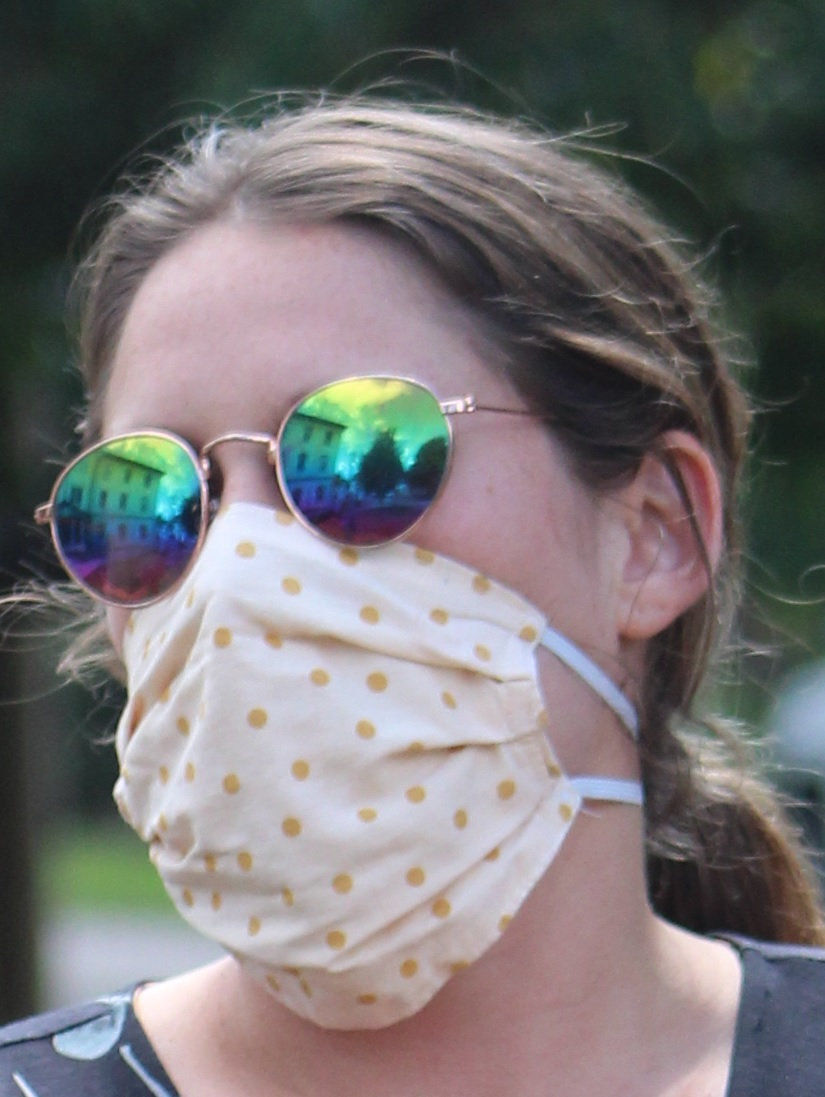 Keystone College prepared its classrooms for social distancing ahead of the fall semester.

After his hog’s weigh-in Sunday, Ben Cannella coaxes the animal back into its livestock trailer, just prior tp the livestock sale that went on without the fair.

A pull-behind camper and Onawandah Campground in Eaton Township was destroyed by fire early Aug. 1.

The board of Girl Scouts in the Heart of Pennsylvania concluded a benchmark process that retains the second oldest Girl Scout camp in the country, Camp Archbald in Brooklyn Township.

A report in the Aug. 2 Scranton Times-Tribune that an $800 million facility near Wyalusing, New Fortress Energy, designed to create liquefied natural gas, that likely would be shipped through Wyoming County was temporarily halting its plans.

Tunkhannock Township supervisors, who a month earlier were worried about floating a $1 million bond, were happy to report on Aug. 3 the receipt of a $786,900 grant to help replace its Fox Road Bridge.

Nicholson Borough Council announced Aug. 3 it is hoping a project meant to improve sidewalks should take place next Spring.

Commissioners announced Aug. 4 they had been asked to intervene somehow in a fracking operation just outside of Laceyville after a DEP hearing on June 19 was postponed to September.

Elk Lake School Board voted Aug. 6 to implement a hybrid instruction model for the start of the upcoming academic year.

Dustin Brown, 24, of Laceyville, pleaded guilty Aug. 7 to a chase that caused damage to a pair of fire trucks, and then was sentenced to 30 months of treatment court.

A modest rally in support of Black Lives matter broke out in Tunkhannock on the afternoon of Aug. 8.

Lackawanna Trail School Board voted Aug. 10 for a phased school reopening on Sep. 10 allowing optimally for face-to-face contact but also synchronized with a virtual platform.

Overfield Township supervisors announced Aug. 11 it had signed a letter of separation with its former Police Chief Terry Fisher.

A Founders Day program in Tunkhannock, postponed from June 27, because of the COVID pandemic, will not be happening on Oct. 3 either, the Tunkhannock Business and Professional Association announced.

It wasn’t the county fair, but the mid-August Showdown gave 4-H enthusiasts an opportunity to show off their livestock on the fairgrounds in Meshoppen Township.

The trial of Phillip Walters that was to have begun Aug. 17 was moved to Oct. 19. It was believed the delay came as specially assigned judge Dudley Anderson was tidying up a few loose ends and not related to the pandemic.

Kasey McKissick, 24, of Lancaster, was sentenced Aug. 12 to 18 months probation for stealing more than $1,400 in merchandise from the Tunkhannock Walmart in 2018.

Tunkhannock Area School Board announced Aug. 20 the start of the school year would be pushed back another 10 days to Sep. 10.

A specially called Lackawanna Trail School Board meeting Aug. 20 let it be known that maintenance supervisor Rick Kordish would be retiring Dec. 8.

A Black Lives Matter rally made its first appearance in Meshoppen on Aug. 22 and was met at the ballfield with 150-175 in an event billed on Facebook as a patriotic counter protest/Trump rally.

EIHAB Human Services announced it had enlisted a local realty firm with plans to sell the former St. Michael’s School on Route 92 in Falls Township.